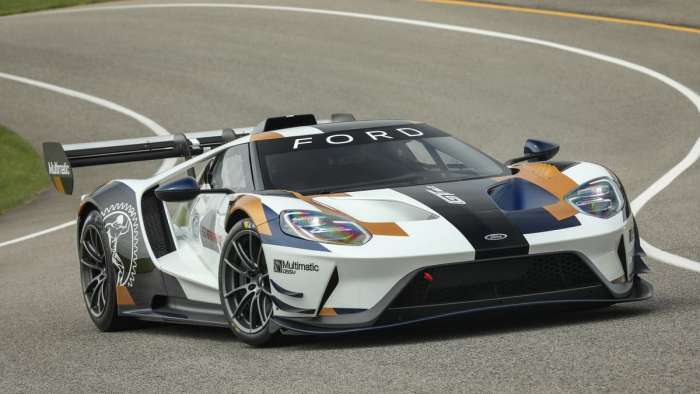 Why Ford is Releasing a $1.2 Million Track-Only GT Mk II

Ford says it will produce 45 $1.2 million track-only supercars. What will the beasts be used for?
Advertisement

You had to know when Ford unveiled its 700+ horsepower 2020 Ford Shelby GT500 Mustang, that we would see another Ford vehicle with similar horsepower. What better vehicle to showcase Ford’s ingenuity that its halo car, the Ford GT.

Unleashing All of the GT’s Horsepower

Ford and its partner Multimatic will build only 45 of the high-performance Ford GT Mk II vehicles and sell them for a staggering $1.2 million each. The beasts will be almost identical to the Ford GT race cars, only they won’t be limited by the racing series rules. Which means that the supercars won’t be limited to only 495 horsepower, the owners can take full advantage of the car’s 700 horsepower 3.5-liter EcoBoost engine, race-proven aerodynamics and competition-oriented handling. This track-only car looks much like the race car, but according to Ford it has a huge rear wing for added downforce, further weight savings and chassis updates for better handling. 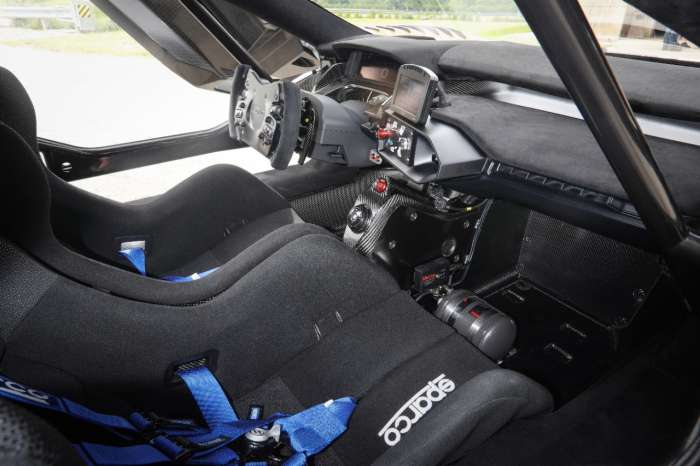 According to the pictures provide in the news release, the Ford GT Mk II will also have a passenger seat. Both seats appear to be racing seats with six-point racing safety harnesses. It also has a full roll-cage.

“The GT Mk II unleashes the full performance potential of the Ford GT without any artificial performance limitations dictated by racing sanctioning bodies,” said Hau Thai-Tang, Ford chief product development and purchasing officer. “It’s the closest GT owners can get to the Le Mans-winning performance and exhilarating feeling of crossing the finish line in the Ford GT race car.”

With a starting MSRP of $1.2 million, the GT Mk II becomes Ford’s ultimate halo car, along with the GT race car that won the 2016 24 Hours of Le Mans and the Ford GT supercar. The GT Mk II was revealed at the Goodwood Festival of Speed, in England.

Ford says its GT race car was limited by restrictions in order to compete in the FIA World Endurance Championship and IMSA WeatherTech SportsCar Championship campaigns. The new GT Mk II is engineered independent of race series rules, regulations and limitations. Ford does not say just how fast the new track version can be.

“The true off-the-hook performance capability of the GT hasn’t yet been fully showcased,” said Multimatic’s Chief Technical Officer, Larry Holt. “The road car is obviously limited by the many global homologation requirements that it must comply with, and the race car suffers from the restriction of the dreaded Balance of Performance, resulting in it being 150 horsepower down to the road car. The Mk II answers the regularly asked question of how would the car perform with all the limitations lifted: the answer is spectacularly.”

The Ford GT Mk II is the most powerful version ever of the GT. Ford says the GT Mk II features the exact same 3.5-liter EcoBoost engine that powers both the Ford GT race car and the road car but since the Mk II is not limited by any racing sanctioning body it is able to generate 200 horsepower more than the race car. The 3.5-liter EcoBoost is paired with the same seven-speed dual-clutch transmission from the Ford GT but specially calibrated for this track-exclusive version.

The Ford GT and its racing version have become cult figures. Built for the 24 Hours of Le Mans endurance race, the Ford GT race car has been a success for Ford, winning the GTE Pro class at Le Mans on its first attempt in 2016, exactly 50 years on from the first of four successive Le Mans victories for the Ford GT40 at Le Mans.

Ford ended its competitive GT racing program in the FIA World Endurance Championship at the 2019 Le Mans in the GTE Pro class. The Ford GTs will continue to race through the remainder of the IMSA season which culminates at Road Atlanta in October.

The Ford GT Mk II is available now. It will be built at the GT production facility, in Markham, Ontario, before being upgraded into the final product at Multimatic Motorsports. In an unusual move, the vehicle will be sold directly to customers through Multimatic. If you have the $1.2 million and want a track only supercar, contact Multimatic at FordGTMkII.com