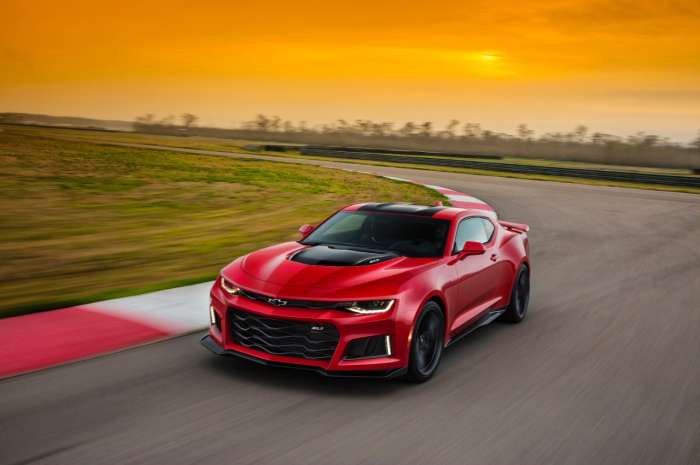 Several owners of the 2017 Chevrolet Camaro ZL1 are perplexed because they can't get their seats to return to their specific preset locations. Apparently, they work sometimes but not always.
Advertisement

Gil, from Los Angeles, is concerned because the seat on his 2017 Camaro ZL1 is not performing as he believes it should. He reached out to members of a Camaro forum for help. Gil asks, “I have the option selected that my seat slides back when I shut the car off for ease of exiting. When I get in and crank her up, the seat is supposed to go back to the last used preset position. The problem is, sometimes it does and sometimes it doesn't. Anyone else have this issue?”

Bobby, from Florida, is having similar issues. “Same here, mind of its own.”

USP, from Texas, says that it is not just 2017 Chevrolet Camaro ZL1s. “Sorry, but it is kind of funny because the Vette's have the EXACT same problem! In the Corvette if you pre select the seat to go as far to the rear as it can for exit it causes an issue because of the limiting switch. If you program the seat to go *nearly* as far back as it can then the seat works as designed. I do not have my ZL1 yet so I have not tested for myself, but it is food for thought.... I am not sure if you even HAVE the option to program how far back the seat goes for exit on the Camaro, just know that you do on the Corvette.”

Sawyer, from Texas, says that it may be a problem with how the owner has programmed the key fobs. “It is either going to revert to position 1 or 2 setting when car is turned on. If you program 1 and it doesn't work program 2 to the same spot. Worked for me.”

ZL agrees that Gil should check out both keys. “Exactly. Had this issue until I figured out I was programming position 1 but using key 2. Once I switched to key 1, all good. Also programmed posiition 2 to go all the way back for cleaning purposes cuz no one else drives my car.”
Bobby replies, “I use the same key 24/7, still have the issue.”

Costa says he is having the same problem in Arizona. “Same Problem here!!! Does not work all the time.”

Renny, from Washington, says it may have something to do with how difficult it is to program the seats correctly. “This is most likely not software related it's user error. Set seat position 1 and 2. Then that other button the recall seat, you want to set that as well, most people will want to set that with the seat as far back as possible. If you don't set it separately, it'll probably be programmed with one of the positions. This happened to me and I couldn't figure out the issue. I finally realized seat 1 and the easy exit seat were programmed the same. There is a corvette walk through on this on YouTube.”

It appears that Renny may have the key to figuring out the problem. If the programming is difficult enough that it requires a youtube walk through, it is probably a user issue.

craig wrote on November 1, 2017 - 11:44am Permalink
same issue here. If it was due to the wrong key fob, it would not work intermittently with the same fob. I have had the car in five times, they have no clue Will try and program the exit position not all the way back and see if that helps