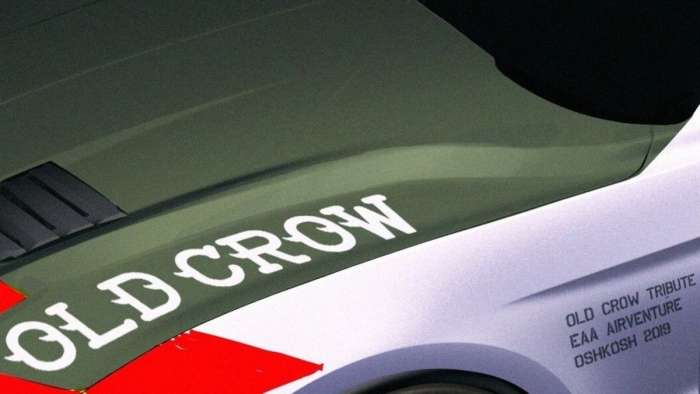 How You Can Own a Ford, Roush D-Day Commemorative Mustang GT

In honor of the 75th Anniversary of D-Day, Ford and Roush Performance are building a high performance Mustang GT. The one-of-a-kind GT will be auctioned at a special event.
Advertisement

It was 75 years ago that the Allied troops landed at Normandy and freed France from Nazi oppression. D-Day really marks the turning point when the American, British and Canadian forces helped save the rest of Europe during World War II. Ford Motor and Roush Performance are teaming up on a special commemorative Mustang GT that will honor one particular pilot, Colonel Bud Anderson. 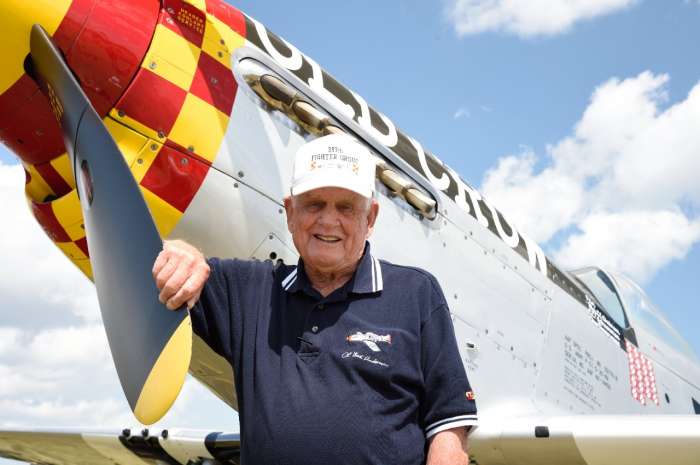 The “Old Crow” Ford Mustang GT will have an authentic paint scheme and badging similar to that of Anderson’s P-51 Mustangs. The one-of-a-kind high-performance Mustang GT features the signatures of Anderson, Roush Enterprises Founder Jack Roush, Edsel Ford II and members of the Ford design team. While it won’t fly, it will come close! It features a ROUSH/Ford Performance supercharger that gives it 700+ horsepower.

Jack Roush is a close friend of Col. Anderson. Anyone who knows Jack Roush, knows that the “Cat in the Hat” was a dedicated pilot who loved to fly when he was younger. Previously, Roush restored a vintage P-51 Mustang airplane with “Old Crow” badging to honor Anderson. The NASCAR team owner has a plant outside Detroit where his crew builds performance parts and custom performance vehicles, usually custom Ford Mustangs and Ford trucks.

How You Can Buy the “Old Crow”

The “Old Crow” Ford Mustang GT will be sold to the highest bidder at an auction July 25, 2019, during the Experimental Aircraft Association’s 2019 AirVenture in Oshkosh, Wisconsin. All proceeds from the auction will be donated to the Experimental Aircraft Association’s Aviation Foundation, which encourages and educates the next generation of pilots.

“This year’s design is especially fitting for the 75-year commemoration of D-Day and the special place we reserve for heroes like Col. Anderson and countless others who demonstrated unparalleled valor and sacrifice,” said Craig Metros, Ford design director. “It’s an annual highlight for many on the Ford design team to pay homage to our war heroes by creating a custom tribute vehicle to support the next generation of aviators.”

Ford has been involved with the Experimental Aircraft Association’s annual AirVenture for more than two decades. Ford has built and donated 11 custom vehicles over the years to raise money for the EAA. So far, they have brought in a total of $3.5 million. Of the vehicles Ford has donated for auction at AirVenture, the 2008 Mustang AV8R sold for the highest price of $500,000.

According to Ford, bidding at the auction is open to all interested parties. Bids can be made in person or online.
For more information on bidding on the “Old Crow” Ford Mustang GT, email [email protected]