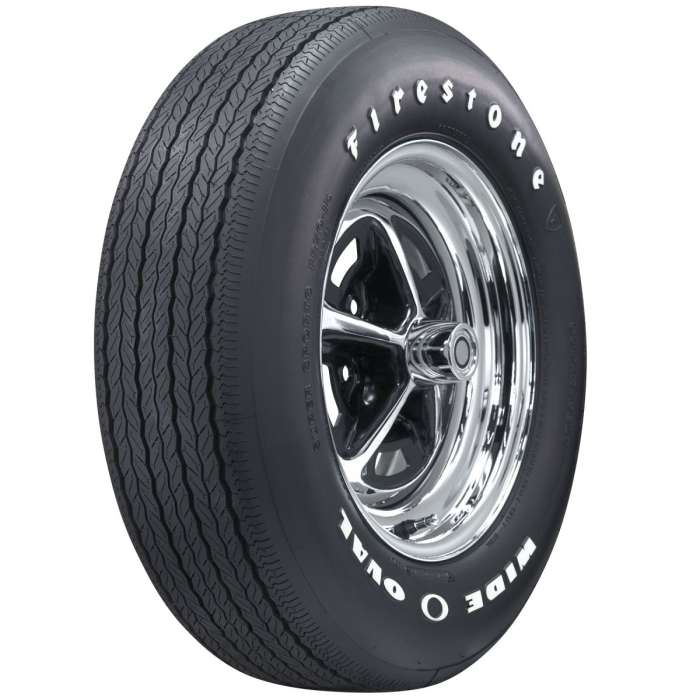 How a new Firestone tire may benefit muscle and classic car owners.

A Tennessee tire company is claiming to have designed the perfect tire for classics and muscle cars. The company is keeping the classic look of a bias ply tire, adding the performance and comfortable ride of a modern tire and creating a Firestone Wide Oval Radial.
Advertisement

Coker Tire has catered to the muscle and classic car markets for decades. They have been a source of bias ply tires as well as radials. Now they are working on a tire that would combine both, creating a Firestone Wide Oval Radial.

According to Coker, the new Firestone is designed and manufactured in the U.S. They claim that it bridges the gap between the appearance of a bias ply and the safety and tread wear of a modern tire. The new tire is described as similar to another bias ply tire that they have carried in the past. They say they will still produce and carry both versions of the Firestone Wide Oval.

According to Coker, Firestone Wide Oval tires debuted in 1967 and they were the tire of choice for many car manufacturers, from the inception of the tire design to the phasing out of bias ply tires on American automobiles in the 1970’s.

According to Coker “Firestone Wide Oval Radial tires are available in six sizes to fit 14- and 15-inch wheels. The six sizes include ER70-14, FR70-14, GR70-14, FR70-15, GR70-15 and FR60-15, which were popular sizes for muscle cars from 1967 through 1974, but can also be retrofitted to earlier cars from the muscle car era. Five of the sizes, excluding the FR60-15, are available with either raised white letters in original script or 3/8-inch redline sidewall. The FR60-15 is available only with raised white letters with the authentic letter design to match the F60-15 tires that came from the factory on 1970 Camaro Z/28, Corvettes, Mustangs and more.”

It is unclear if the company leases the Firestone name for the products or if Firestone is involved in any of the actual design or production.

The Tennessee company is apparently dedicated to providing classic-looking tires with modern performance standards. It might be just what you need to dress up that classic American muscle car.