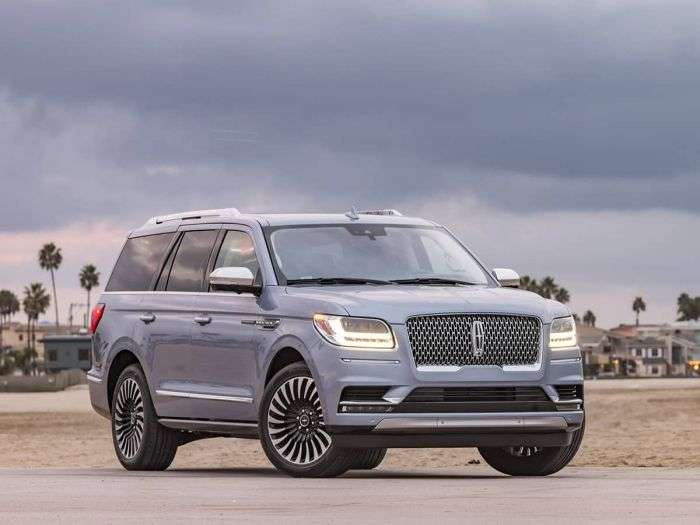 Ford is recalling nearly 350,000 of its top-selling vehicles, including the 2018 Ford Expedition, 2018 Ford F-150 and 2018 Lincoln Navigator because of a transmission problem that can allow them to roll away while the driver believes the vehicle is in park.
Advertisement

Ford is recalling 350,000 2018 Ford Expeditions and 2018 Ford F-150s, as well as 2018 Ford F-650 and F-750 vehicles, because of a problem with gear shift. The vehicles have automatic transmissions and a clip on a transmission cable, that isn’t installed correctly, can make it appear that the vehicle is in park when it is still in gear. The vehicle can roll, even if the driver has pulled the key and gotten out.

Ford is aware of one potential accident and injury related to the unseated cable clip.

A similar, but much smaller recall was issued for approximately 161 2017-18 Ford F-150s and 2018 Ford Expeditions, 2018 Lincoln Navigators and 2018 Ford Mustangs. In that case, a transmission roll pin may be missing. The missing pin could allow the driver to think the vehicle is in park, when it is still in gear.

Affected vehicles on the main recall include:

The recall involves approximately 347,425 vehicles in North America, with 292,909 in the United States and federalized territories, 51,742 in Canada and 2,774 in Mexico. The Ford reference number for this recall is 18S10.

How the Vehicles Can be Fixed

Dealers will inspect and verify that the shift cable locking clip was installed correctly. If the clip is not properly seated, service technicians will adjust the shifter cable and secure the locking clip at no cost to the customer.

In the meantime, Ford is recommending that owners always use the parking brake to insure that the vehicle does not roll.

The Ford F-150 is the best-selling vehicle in America and has been for more than four decades. The redesigned 2018 Ford Expedition and Lincoln Navigator are selling so well that Ford is retooling plants to expand their production by 25 percent.