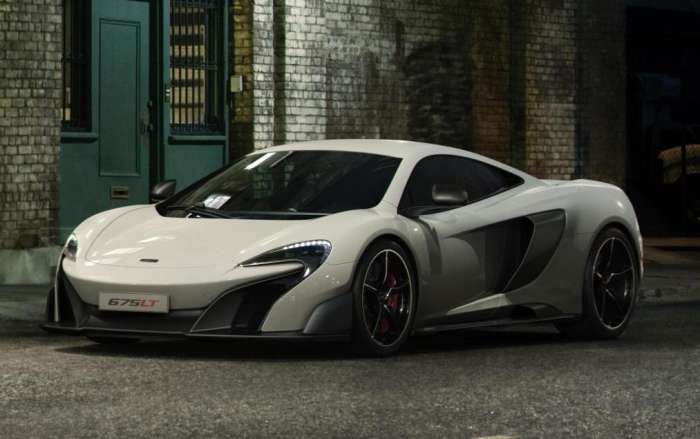 Woking's new 675LT is a visual and technological work of art

Start making space in your garage. McLaren’s newest model, the 675LT is stunning and it can be yours for a mere $350,000.
Advertisement

The latest offering from McLaren is an absolutely gorgeous car that surpasses the others in the supercar maker’s portfolio. While sticking with its design language taken from the P1, the 675LT has classic lines that are sure to be a hit with the uber rich motoring crowd.

Compared to the 650S, it has all the bells and whistles and then some. The “Long Tail” wing, with which it gets its model designation of 675LT, is 50% larger than its 650S sibling. This provides for better active aerodynamics as the cars computers frantically calculate the necessary downforce needed, as well as producing even shorter stopping distances when it shoots to its upright position as an airbrake. The striking front splitter creates more downforce as well, generating a package that has 40 percent more downforce than the 650S.

The handling dynamics were refreshed as well. McLaren claims the 675LT has the quickest steering ratio of all its models, which is amazing considering it trumps the top dog P1. The front springs are 27 percent stiffer with a jump of 60 percent stiffer coils in the rear. Having a 20mm wider stance at both ends and a revised suspension that includes new control arms, the 675LT promises to be a track day star.

With a new carbon fiber rear valence, the absence of carpet on the interior floors and the lightest wheels ever bolted to a McLaren, the 675LT comes in at a svelte 3,050lbs. All that weight savings means that it should be about 220 pounds lighter than the 650S, while adding 25 horsepower and 16 lb-ft of torque, adding up to 666 horsepower and 516 lb-ft of torque. The additional power and new carbon fiber diet push the 675LT from 0-60 mph in a blistering 2.9 seconds, beating the little brother by two tenths.

Should all that carbon fiber wrapped in a sensual body and lightning quick track resume strike your fancy, make a call to your McLaren representative quick. With only 500 models being made, there isn’t much time to waste.