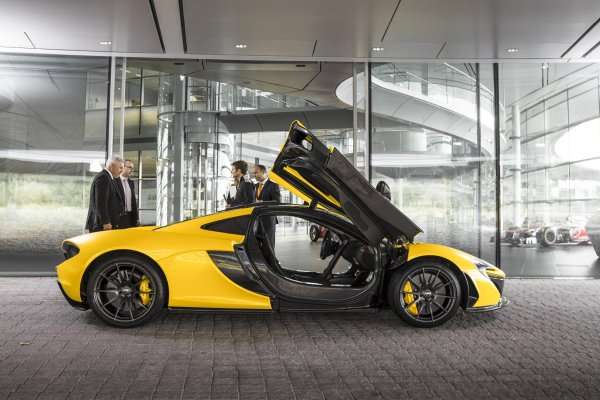 0-60 in 2.8 seconds: Performance numbers for the McLaren P1 confirmed

McLaren has confirmed performance figures for the beautiful hybrid supercar, the McLaren P1, and delivered the first one to a paying customer.
Advertisement

Following extensive testing and development and with factory-built production vehicles now on hand, McLaren has finalized performance figures for the P1 supercar even as it delivered its first one to a customer in the United Kingdom.

The performance numbers the McLaren P1 are capable of are hard to fathom, even for those of us who spend a lot of time behind the wheel and have driven everything from high-end supercars to entry-level compacts. Even just reading them induces a tingle in the gut that only a true car lover can understand.

The McLaren P1 does 0-62 mph (0-100 km/h) in just 2.8 seconds and stops from 100km/h to zero in only 30.2 meters (62-0 mph in about 99 feet). Those numbers are far better than the previously expected numbers from engineering, with the stopping distance being less than a third of expected results.

The 0-62 number is great, but for most speed demons, that's just getting started. The McLaren can reach a land speed of 186 mph (300 km/h) in just 16.5 seconds, which beats the iconic F1 by five and a half clock ticks.

A lot of this highly impressive performance comes thanks to custom tires from Pirelli and braking from Akebono. Meanwhile, one lucky customer in the UK traveled to Woking, England to receive the first McLaren P1 delivered to a customer. The car, pictured above, is a beautiful McLaren yellow.

The McLaren P1 utilizes a gasoline-electric powertrain outputting 930 bhp through a combination of a 3.8-liter twin turbo V8 and small electric motors. Top speed in this powerful supercar is 217 mph (electronically limited) and yet the car is capable of a fuel-sipping 34 mpg on the highway (EU cycle) and can run fully electric (no gas engine) for up to 11 km (6.8 miles).

We should begin seeing the first McLaren P1 supercars here in North America early next year. At a price tag of a mere $1.15 million, you can expect that they'll often be spotted in Walmart parking lots.

Denis Flierl wrote on October 25, 2013 - 8:40am Permalink
Whoever said hybrids will be boring?! The exciting thing is, this technology will filter down to the cars the average performance enthusiast can afford.