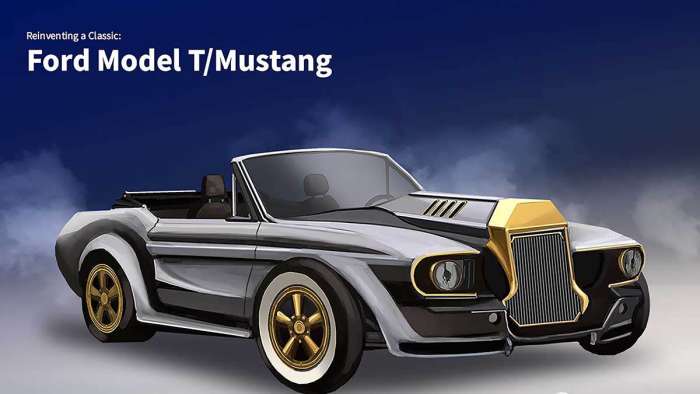 Reinventing Classic Cars With A Modern Day Mash Up

Note to readers, this story and the corresponding photos are meant to be fun. It’s Friday afterall, so let’s have a little nonsensical fun.

I receive story pitches a lot. Most never make it to publication. But I received an email from an Australian web information aggregating company called Compare the Market. You know the type of company they are where they help you compare prices for various services, including car insurance.

I’m not here to promote them or their website which can be found here. But their email pitch included some let's call them “interesting” car renderings they did where they merged classic or iconic vehicles with other classic cars. The end results were interesting at times and absolutely heinous at other times.

If nothing else, these make for a quick glance through on a Friday and maybe a social media share, because some of these will surely evoke comments and feedback. I am unable to hold back my comments on some of these renderings, and will editorialize throughout this, as it’s what I’m paid to do for Torque News anyway. Besides, I’m sure many of you have strong opinions. Let’s take a look at these crazy mash up renderings. 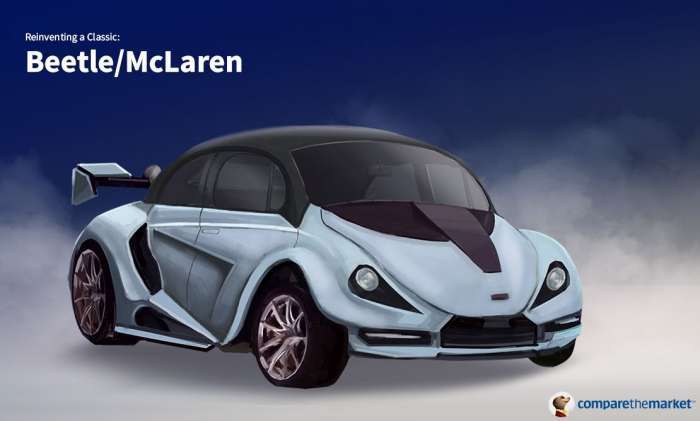 Volkswagen Beetle/McLaren
There’s few vehicles as iconic as the Volkswagen Beetle. And while the Beetle has now been discontinued, it lives on as one of the most recognizable cars of all time.

So, Compare The Market’s render merges the Beetle with the McLaren for a really interesting and sports-car looking Beetle. The render includes the Beetle’s rounded shape but also shows off the more angular grilles and spoiler of the McLaren. 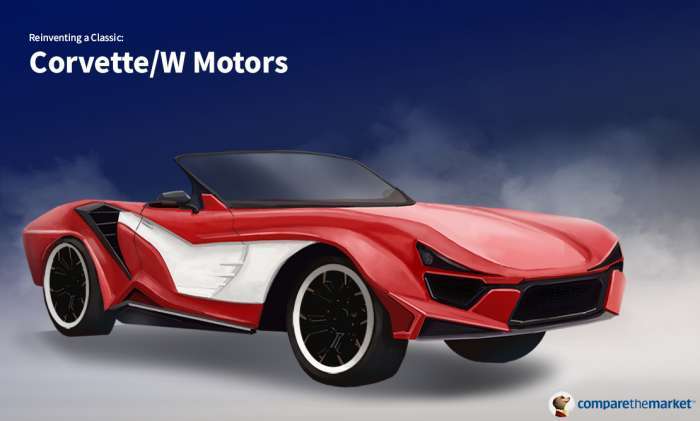 Chevy Corvette/W Motors
The Chevy Corvette is another iconic car. There’s certainly a love/hate when it comes to the Corvette. The 50s and 60s era Corvette had ultra-cool looks. On this render, the put a unique spin on “America’s Sports Car” by seeing how it would look if the Emirati W Motors were to put their high-performance, luxury touch on it.

The sharper edges give it a more modern flare while maintaining some of the classic features such as the white-wall tires and side stripes. 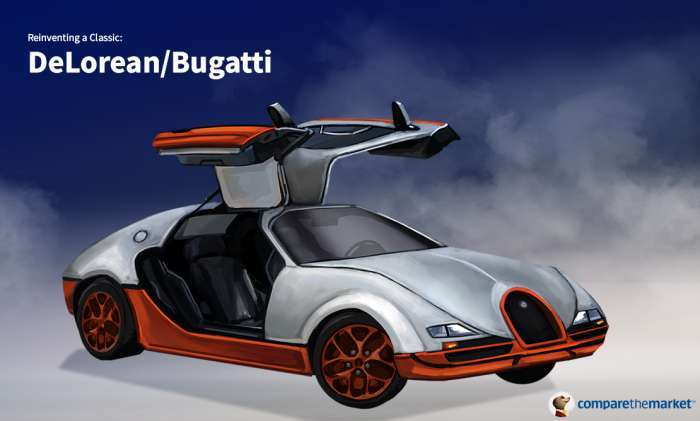 DeLorean/Bugatti Veyron
This is perhaps the strangest mating of all. Kudos to Compare the Market for coming up with these strange bedfellows. Famous from the movie Back to the Future, the DeLorean was always ahead of its time with styling, including the gull-wing doors.

So the blending of that concept with the Bugatti Veyron gives this concept rendering some appeal. The brushed stainless-steel out body panels of the DeLorean remain intact but the sleek styling of the Veyron along with the splash of color makes for an interesting if not unique merger overall. 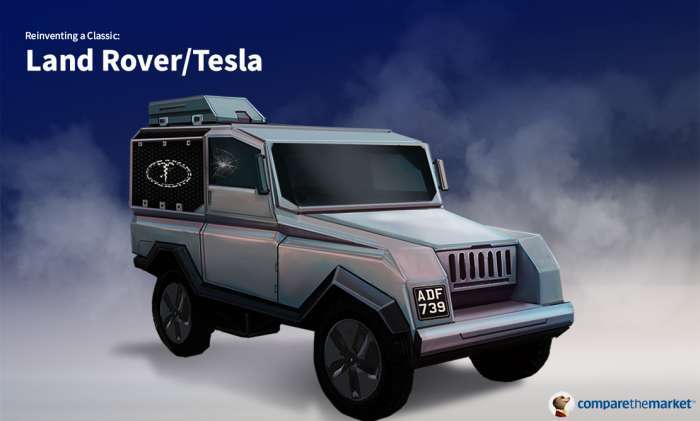 Land Rover/Tesla Cybertruck
Few vehicles were as foundational in recent history as the Tesla Cybertruck. The Mad Max look of it made Elon Musk look like he’d lost his mind. But many pre-orders have shown that Musk might be crazy like a fox with the futuristic look of the Cybertruck.

Compare the Market’s merger rendering adds the distinctive, boxy and chunky look of the Land Rover with the metallic, futuristic vibe of the Cybertruck. The end result looks like something out of a Hollywood film set more than something you’d see on the road.

Ford Model T/Mustang
As many of you who read my stuff here at Torque News, I’m a Mustang historian. I’ve been vocal in my disdain for the Mustang Mach-E, or at least the cherished Mustang name and logo going onto a crossover. So when I saw this preposterous rendering (pictured at the top of this story), you can just assume what my reaction was.

While I give Compare the Market’s artists credit for combining Ford’s early-auto industry history with their most iconic vehicle, this is a hard no for me. Especially heinous is the Model T grille, headlights and wheels on the body of the Mustang.

This is a hard no for me! Lee Iacocca is spinning in his grave over this one.

Since everyone loves to argue on Facebook and social media, let’s lighten the argument or blow off your need to argue by weighing in on these off-the-wall renders. Thank goodness these are nothing more than What The Heck concept drawings. It’s a fun, light-hearted discussion on a Friday.

Thanks to Compare The Market for the silly renderings and the story idea. All photos are courtesy of them!

With that, I would love to hear your thoughts on these or what other crazy mashups would you want to see? Leave your comments below.