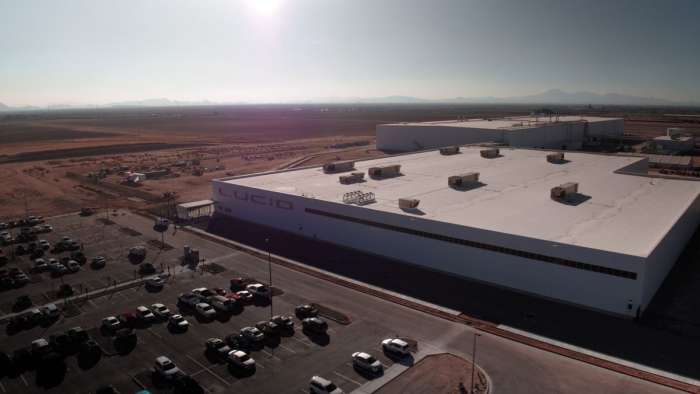 Did the PIF sell its Lucid Motors (NYCE: LCID) shares today? Will the Saudi Public Investment Fund make the same mistake like they did with $TSLA and sell before the run? Also find out what BlackRock thinks where the next 1,000 unicorns could be.
Advertisement

Did the PIF sell?

No, the PIF did not sell any of their shares today, which was not a huge surprise for people that have been following Lucid Motors for a while. However, this was a surprise to many retail investors that have put their trust in other financial influencers and huge Lucid haters that have been trashing the company and the stock very recently. @TheLucidVerse which is the account I run on Twitter, has been trashed several times and I have had personal attacks for making claims that the PIF would not sell their shares. Ultimately the PIF held their shares and the Lucid Haters were nowhere to be found. To learn more about the @TheLucidVerse here is that article Getting to Know LucidVerse.

The PIF not selling is huge for Lucid Motors in the long term as the company expects huge growth and expansion into the Middle East by 2026 and a sooner expansion into Asian and European markets by the middle of 2022 and 2023. The PIF holding their Lucid position suggests that Lucid Motors will have the PIF as a long term business partner rather than a simple investment. Lucid is in the PIF 2030 Vision and the PIF will be helping lead the way towards a greener future and more Renewable Energy investments. Lucid Motors will be on the forefront of both the Electric Vehicle and Renewable Energy industry. CEO of BlackRock Larry Fink, stated 2 days ago that, “the next 1,000 unicorns will be green energy companies.”

The main reason that I bring this up is because Forbes states that BlackRock, “the world's largest asset manager” with an asset portfolio of now over $10 Trillion under management, is a backer of Lucid Group and helped Lucid reverse merge with CCIV. Blackstone being in Lucid’s corner is great news and this quote suggests what Blackstone's fund is turning to in the future. Retail investors have to take many of the long term bearish cases with Lucid Motors with a grain of salt because these bearish cases are going to hurt investors by not investing into Lucid Motors and completely overlooking Lucid's Technology and their future growth. For more on Lucid's Technology click this link: Lucid Motors' Secret Weapon and Tesla's Mistakes.

What is Next for Lucid Motors?

The two main things that are next for Lucid is the 13F that should be coming out in a couple weeks. The 13F will tell us exactly which institutions are buying Lucid and give investors a direct answer on if the PIF did indeed sell their shares. For anyone that is wondering, a 13F is a form that is filed by investment managers to the SEC to disclose their U.S. Equity holdings. It is a great way to see who is buying Lucid. The past two days I was live streaming with a youtuber named Financial Journey and we have been watching the volumes. Nothing directly indicated that the PIF had sold any of their shares, so we could see a short squeeze once the 13F does present itself.

The next big piece of news that Lucid investors are waiting for is the delivery numbers. The Quarter 4 delivery numbers have been a hot topic for Lucid motors for a long time. Based on Bears Workshop it seems Lucid has delivered a little around 500+ vehicles, however almost all of the media outlooks are suggesting that a part issue has decreased the possibility that Lucid actually achieved their goal of 577 Lucid Airs. We shall see, but if Lucid did indeed achieve 577 vehicles delivered during their Earning Report that is scheduled to take place 2/21/22, this will almost certainly cause an uptick in volume and may cause shorts to cover their positions. That would cause a short squeeze for Lucid stock and early investors would be heavily rewarded.

Over the last couple of weeks, we have seen many outlets and influencers say that Lucid is going to dip because of the PIF dumping their shares. Now that we have more certainty that the PIF is not going to dump their shares as soon as they can, we will most likely see more institutional buying very soon. Investors do not like uncertainty and we have seen this in the past with many different companies.

Now that Lucid has less uncertainty we could see a lot more optimism in the coming weeks. I do believe that Lucid Motors is going to accomplish their goal of 577 Vehicles Delivered, which would cause a short squeeze since there are zero available shares to short without an over 60% fee. The PIF still can sell Lucid shares, but with the PIF not selling today, that is a positive sign that they will not sell anytime soon. I hope you all make some money on the stock market. Take everything you read with a grain of salt and do your own due diligence. Check this article out for my price target of Lucid for the end of 2022. Lucid’s Stock Will Hit $100 Before The End of 2022.