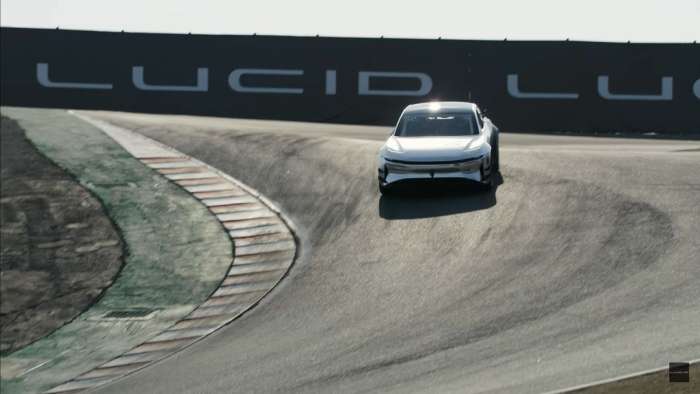 Lucid Motors is in line for a huge 2022. Lucid wants to massively expand globally and could be in line for a great short squeeze soon. I would be buying Lucid stock (LCID) soon, Nasdaq 100 just did.
Advertisement

As I stated in one of my previous articles, “Lucid Motors' Secret Weapon and Tesla's Mistakes”, Short sellers currently have zero shares available to short $LCID. This could in fact be a potentially catastrophic event for short sellers that are betting against Lucid. When the Saudi Arabia's Public Investment Fund potentially does not reduce their large position of Lucid Motors stock and the Quarter 4 deliveries turn out to exceed expectations, look for LCID to have a huge jump from where it currently trades at $36.50. This will cause Short traders to cover their position and ultimately make Lucid Motors increase in price, plus more institutions will start to buy more shares once there is more clarity on Saudi Arabia's commitment towards the company.

It is a very exciting time to be a long term $LCID shareholder and it could start to pay even more dividends soon enough for patient investors.

The Saudi Arabia's Public Investment Fund has previously stated that they will not be selling any of their Lucid Motors shares until beyond 2030 and will continue to make Renewable Energy Investments to reduce their CO2 Emissions. The PIF has large plans for Lucid Motors in the Middle East. Lucid is in talks to open a factory near Jeddah, which Lucid estimates to be one of the largest markets in the world for Luxury Electric Vehicles. When the PIF gave Lucid Motors an investment of $1 Billion in 2018, that deal was contingent on Lucid Motors building a plant in Saudi Arabia. The Oil Giant wants to transition from Fossil Fuels to more Renewable energy investments because they understand what direction the world needs to go in order to combat Climate Change. The PIF also understands how large the Total Addressable Market (TAM) is for both Renewable Energies and Electric Vehicles.

Lucid Motors is estimating to produce and deliver over 20,000 Vehicles for 2022. They also are focused on expanding to the European market, as well as, the Middle East if not in 2022 than early 2023. These would be huge feats for a very ambitious company that has a motto of under promise and over deliver. Lucid Motors will most definitely be on track to exceed all of 2022’s expectations, but they are going to need more money. That is why they decided to take a very low interest convertible note out for $1,750,000,000. They need to pay this money back by 2026 which is just an amazing deal for a company with huge aspirations.

Tesla used to take out Convertible Notes as well, these notes are great for companies like Lucid and Tesla. The cash influx will help Lucid achieve their goals for 2022 and beyond. The Convertible Note did hurt the short term share price of Lucid Motors, but it is important to know that Lucid protected its early investors by going the route of a convertible note. Many investors I talked to appreciate Lucid Motors effort to not dilute the share price and instead take out a long term note that will dilute the share in 2026 when Lucid Motors could be a +$400-$500 Billion company.

My prediction regarding Lucid’s Share price in 2022 is that a short squeeze will occur and Lucid will surpass $100 before the end of the year. 2022 is a very exciting year for Lucid Motors and I believe that they will exceed all expectations. If we simply follow the smart money, we will see that many institutions and insiders also believe that Lucid is Significantly undervalued. From Vanguard buying in the $45 plus range and CEO of Lucid Motors buying shares back in mid December, then we would have a pretty good idea that Lucid's management believes Q4 deliveries will be pretty good and that they do not believe the PIF will sell shares.

Update: Lucid has an expansion update check it out here: Lucid Motors Stock Had an Exceptional Day, Plus Expansion Update