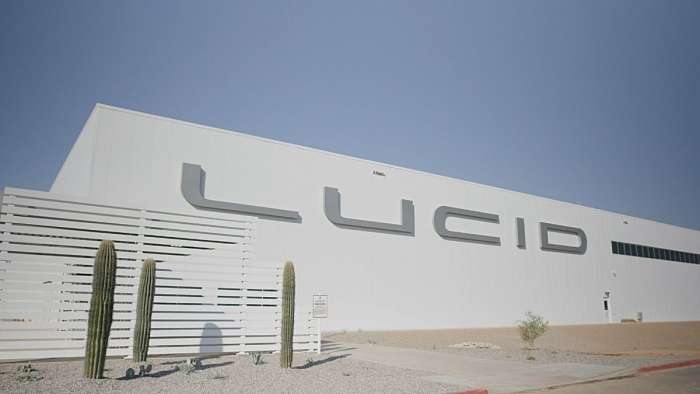 Lucid Motors has a great battery technology, short sellers have zero share available left to short and lucid has a secret weapon.
Advertisement

Institutions are Buying Lucid’s Stock Up

Retail investors are seeing some major stock market manipulation when it comes to growth stocks and electric vehicle stocks. Lucid Motors has had some major institutional buying for the last few months; now up to 69.30% institutional ownership. With that said, Lucid has seen little to no increase in price. Investors should see more of a correlation with a positive price movement, when most of the buyers are large institutions buying huge chunks of Lucid at a time. I have been covering large orders into $LCID at an unusual rate and so have my fellow Lucid friends on Twitter and Discord. However, $LCID continues to trade sideways and stagnant no matter how enormous the large order has been.

Institutions own 2/3s of Lucid Motors

Just how large is 69.30% ownership in an “automotive company?” Well, this number is enormous despite many considering the stock to be overvalued. Various large buy orders came from CEO Peter Rawlinson himself this past December. Could this be because the CEO knows something that the retail investor does not? Upcoming delivery numbers will hold the key to answering this question. The emergence of the long-awaited Q4 Delivery numbers will spark a large jump in $LCID. The shorts available to Lucid are currently zero, which means that if someone wants to bet against Lucid, they are going to have to pay a premium.

Once Lucid’s stock price rises, the shorts will have to cover their positions and buy back those shares, which will result in another price increase. We have seen similar things happen with other well-known stocks such as Gamestop and AMC. These stocks, however, have suffered due to the nature of their industry, and are now called MEME stocks (retail investors destroyed the institutional investors). Lucid, the would-be frontrunner if not for Tesla, to become the greatest electric car company in the world, has a leg up on these companies, since it thrives within one of the fastest-growing industries worldwide. Lucid has the potential to license their battery technology out to other Silicon Valley companies, Apple and Lucid have had their fair share of rumors regarding a possible partnership between the two Technology companies. 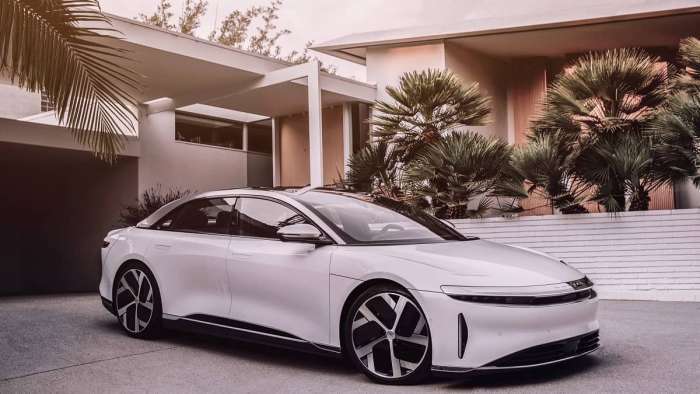 Lucid has stated that it would welcome a licensing partnership with a Silicon Valley Partnership, which created a frenzy for Lucid's stock. Lucid saw a huge increase in volume after Peter Rawlinson mentioned a possible partnership with a Silicon Valley company, almost hinting that it could be Apple. At the end of the day time will tell, however, Lucid is in prime position to be a very hot commodity because some investors and institutions understand Lucids long-term potential.

Another element of Lucid’s success will come from its Energy Storage System. A problem that Tesla and other Electric Vehicle makers have had is recycling and disposing of the vehicles batteries after they are no longer needed. Lucid solves this issue with Lucid Motors second life battery system, which allows the battery to use 70% of its life, going back into the energy storage system, Lucid will use this energy to power production at the Lucid Motors Factory. Lucid's Energy Storage System is an absolute game changer and is currently being overlooked by many “Auto Analysts”. It is easy to overlook Lucid's Technology and Renewable Energy divisions when an Auto Analyst is the one in charge of valuing the entirety of the company.

My final opinion is that I believe Lucid is in a prime position for a nice run up from where it trades now at $38.92. If you can invest some money into Lucid at this share price, your portfolio will grow in 2022 and beyond. Lucid is a great investment and very cheap at its current valuation of $68 Billion. Lucid is even seeing increased price targets from Bank of America ($65 PT) and CitiBank ($57 PT). Lucid has room to run in a valuation stand point. It is very exciting to see how Lucid could potentially push Tesla as the best Electric Vehicle company in the world one day.

Lucid has the opportunity to see Tesla’s early on mistakes and potentially thrive in the new Electric Vehicle era. Lucid Motors is a terrific Electric Vehicle investment, and an amazing Renewable Energy investment as well. Add their industry leading Battery Technology and Energy Storage System, we see a company that is in an amazing position to succeed in this new and growing industry.

Also see why you can't compare Lucid (LCID) with Tesla and who will win in the long term.

DeanMcManis wrote on January 5, 2022 - 1:14am Permalink
I'm not going to be investing in Lucid, or Tesla. Although I do see a bright future for both companies. I just think that much of the stock valuation is unstable, and based more in image than anything. I think that the repurposing of older batteries is a nice idea. And it could tie into their V2G capability someday. But I think that it's far from being a game changer. Lucid indulges their engineers, as they should. And the resulting technology is both competitive and impressive. But they are early in their product path, and still need to finish off their Dream Air deliveries, plus work on the production of their more affordable models, as well as developing their Gravity SUV. People love to compare everything to Tesla, but Lucid's real targets are the German performance/luxury automakers. And making inroads will take some time, and more high quality production EVs first.
WCK wrote on January 7, 2022 - 3:15am Permalink
This is an optimistic article. However, it is difficult to beat Tesla. The company needs business diversification