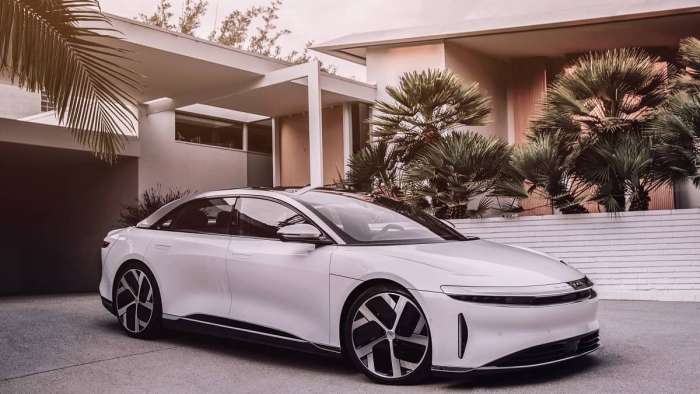 Tesla May Have a Lucid Motors Problem

Will Lucid Air overtake the Tesla Model S at the best EV in the world?
Advertisement

Many auto enthusiasts think that this could be a reachable Milestone for the Lucid Air Dream Edition. With Lucid Motors being nominated for many of the top Auto Awards, Lucid is breaking records for EPA range and winning the 2021 Motor Trend Car of the Year, which broke a record for a carmaker's first car to ever win that award. Lucid continues to rack up auto award nominations and many of them Lucid is a finalist. They are poised for a huge haul of trophies that may come their way. I hope Lucid has itself a large enough trophy case because this is just the beginning.

Lucid has many exciting features in their vehicles and a couple tricks up their sleeve that make them a more enticing buy than a Tesla Model S or Mercedes EQS.

They have teamed up with Amazon to implement Amazon Alexa into their Vehicles and can voice detect which seat the voice request was sent from. That is a real game changer because as a Tesla Model 3 owner, I have had many issues with the Tesla's voice system and many voice features are unavailable. Lucid Air is the first car in the world to implement Dolby Atmos into their vehicle, which is a 21 speaker surround sound system that enhances the music experience as well as enhances the safety experience for the Lucid Air. The Sound System will alert all passengers of a warning and will also give an audio warning depending on which side the warning is coming from. A Luxury experience is as much about the large details, as it is about the small details. The Dolby Atmos Experience is a big step up from anything that Tesla, Mercedes or any other Electric Vehicle Competitors have implemented.

Getting To Know Lucid Motors

Lucid Motors has been compared to Tesla quite a bit since they were rumored to go public via a SPAC (Special Purpose Acquisition Company) named CCIV. Investors and Auto Analysts believe that Lucid could be the closest carmaker to Tesla that we have seen. Lucid has a valuation of around $68 Billion, which may seem high for a car company but Lucid Group has 3 divisions, Lucid Motors (Automotive), Renewable Energy (Energy Storage System), and Technology.

The Lucid Motors team has been a huge part of Lucid's early success. With that said, Lucid is laser focused on sustained success and are focusing on their industry leading Battery Technology to jolt them up to the top of the Electric Vehicle totem poll. Which bodes well for Lucid's team that has been assembled from the likes of Tesla, Porsche, Apple, Waymo (Goggles Self Driving Subsidiary), Audi. 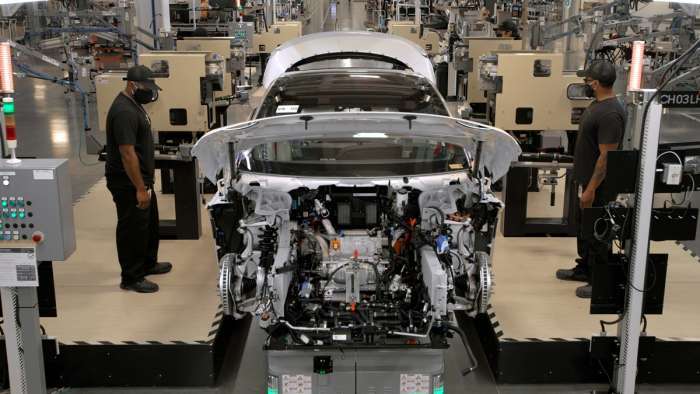 Peter Rawlinson, a former Tesla Employee and Chief Engineer of the Tesla Model S, has truly created Electric Vehicle perfection that brings Auto Analysts and Investors out of their seats. Lucid Motors is starting to gain a huge following because of their Battery Technology and their amazing product is turning heads each and everyday.

Next For Lucid Stock ($LCID)

At the moment Lucid investors have two things on their mind. Q4 Delivery numbers and The PIF Lockup Expires January 19th 2022.

What do these catalysts mean for $LCID stock?

It means that there will be some near term volatility until we find out if Lucid passed their 577 Lucid Air delivery Goal. Investors are also patiently waiting to see if Saudi Arabia’s sovereign wealth fund is going to sell off some of their shares after their position increased to around $40 Billions in Lucid Motors, which is more than all of their US positions combined.

Once we know that information, we could see a short-term short squeeze that pushes LCID higher than where $LCID is currently positioned. Lucid has been trading near the $40 mark for the last couple weeks now. We have seen some huge large buy orders lately going into the stock, while also having zero short shares available because the short sellers have taken a particular liking to Lucid. A short squeeze may be near and could send $LCID to newer highs.

My Prediction for Lucid Motors

Lucid will be the best car in the world by the 2nd Half of 2022. This is just the beginning for Lucid Motors. I believe that Lucid Motors is in a prime position to go toe to toe with Tesla in the future. Lucid has superior Battery Technology and could be well positioned for great Q4 Delivery numbers. Lucid Group has developed a great team that has put them in a position to succeed for the next decade and beyond. We could see Lucid licensing out their Technology in the future to some Silicon Valley Companies, but that conversation is for another day. Lucid is an unbelievable investment and a great company. I am excited to see what else is in store for Lucid Motors.

Karen wrote on January 3, 2022 - 11:38pm Permalink
I LOVE IT! LETS GO @LUCIDVERSE
Anthony Donati wrote on January 3, 2022 - 11:41pm Permalink
I appreciate all the kind words and love I received from my first article! Thank you
Time Dune wrote on January 4, 2022 - 12:03am Permalink
I actually loved this Article! Are you going to only write about Lucid Motors? Any Rivian love?
Christian wrote on January 4, 2022 - 6:12am Permalink
Best case Lucid will be a marginal auto manufacturer like Jaguar. It isn’t enough to make a great car - advanced and highly efficient manufacturing and continuous innovation is needed to succeed. I wish them all the best but don’t have high hopes.
buddyroe wrote on January 4, 2022 - 9:24am Permalink
I'm afraid the author hasn't done much research for this article. Just a few minutes of research would reveal that Lucid is not going to be even close to the 520 cars they planned to ship in 2021. They are having an issue with one part and will not deliver more cars until their supplier has corrected the issue. Cars are built and ready to ship when the part starts being delivered. Who knows how long that will take however. Secondly, Lucid is having terrible issues with its software. Owners on the forums are complaining that it's downright terrible. Simply full of bugs. So don't get too excited about the q4 earnings report. It's not looking like it will be full of good news.
Derek Jason Hart wrote on January 5, 2022 - 6:02am Permalink
Compared to the rest of the EV startup and Legacy automakers, that are trying to compete, they still look very well as long as they can keep production moving. There have been no long term delays as of yet which is what has plagued the rest of the competition
Ransom wrote on January 7, 2022 - 7:47am Permalink
I have heard the same thing on Qtr 4 miss in deliveries. Why haven't they announced their deliveries? Even GM was transparent about their terrible #s!