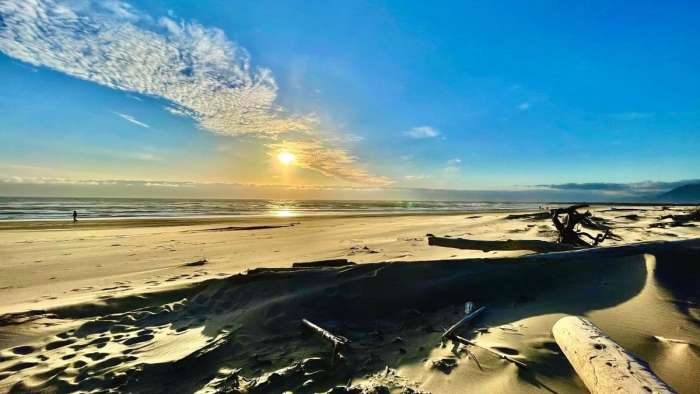 Today I drove a skosh over 223 miles in my 2022 Kia Sorento plug-in hybrid (PHEV), from the Seattle area to Rockaway Beach, Oregon, with about 750 pounds of people and cargo on board plus a 12.5 ft stand up paddle board strapped to my roof racks. My fuel efficiency was about 37.2 miles per gallon (factoring in the miles I drove solely on electric), which is, in short, impressive.
Advertisement

For the sake of comparison, last year at approximately the same time, though with an additional 97 miles driven, a cargo box and the same board strapped to the roof, and a similar volume of cargo and people, I got similar mpg results (38.1 mpg) driving my 2017 Chevy Volt. The Volt is a 4-door hatchback and weighs about 1,000 pounds less than the Sorento PHEV and, like my Sorento, has a large lithium ion battery that gives it the ability to travel several miles on electricity alone before switching over to its gasoline engine to run as a hybrid vehicle. Interestingly, on my trip last year in the Volt, I was able to get 44.6 miles out of the battery (consuming 14.2 kWh to do so) on a full charge, whereas in my Sorento I used about 11 kWh and covered approximately 34 miles. Undoubtedly, the cargo box that was on the roof of my Volt (which has a very small cargo area) significantly impacted the fuel efficiency of the vehicle. But otherwise, the efficiency comparison between the two vehicles is what impresses me the most. I should also point out in both vehicles I drove no faster than about 65 mph, except briefly to pass slower vehicles, for safety reasons (the faster I drive, the more force applied to the paddleboard on the roof). In both cases I also prioritized use of the battery on slower sections of the trip, when speed limits tended to be 55 mph or less and or when driving through small towns or heavy traffic. I was able to get 3 miles per kWh in my Sorento, loaded up with people and stuff, with gear strapped to my roof; clearly, the paddle board and roof racks didn't impact my fuel economy significantly. In the Volt, I got 3.14 miles per kWh, almost identical to the Sorento (within a margin of error at least). 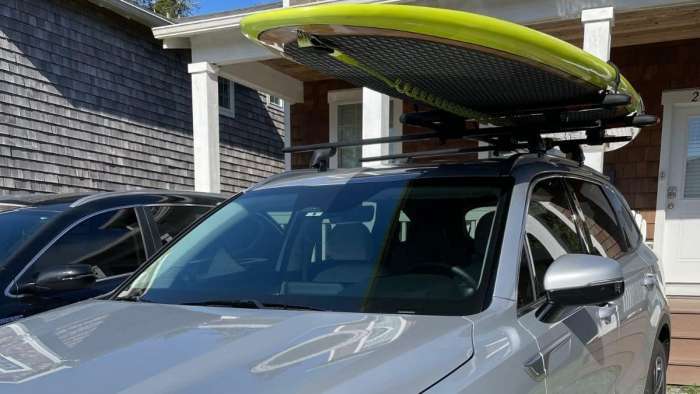 For gasoline mpg comparison, I used approximately 5.9 gallons of gas to drive my Volt an equivalent distance of 189 miles on my trip to Rockaway Beach (removing the extra 97 miles I drove on the Volt trip). That means I got a little better than 32 mpg out of my Volt. I used approximately 6 gallons of gas in the Sorento PHEV to drive the same distance. If I had not have needed to put a cargo box on my roof in the Volt, I certainly would have gotten at least a couple mpg better results in the Volt, and likely a few more miles of electric only range, too. I don’t have any statistics to base this on, but from experience driving other shorter trips without the cargo box on my roof but with the paddle board on, I estimate I would have gotten about 35 mpg or better in the Volt and about 49 miles of electric range on the battery had I also not had the cargo box on the trip to Rockaway Beach. I should point out there are lots of steep grades going up and down along the route, especially once you cross into Oregon, and that dings the fuel economy a bit.

Finally, a little more information about the drive in the Sorento PHEV, for those that care for such details. We drove directly from our house in the Seattle suburbs via Interstate 5 south to Kelso, WA to cross over the Columbia River that separates Washington from Oregon. We took Highway 30 from there to Astoria, OR to stop at Fort George Brewery for lunch and of course, some mighty fine brew (I liked the Astoria Euphoria and Skies of Wonder (Just Friends), best). For that first leg of the trip, 174.6 miles, we got a combined 36.5 mpg. We completed our route along the coast on Highway 101 for the final 48.6 miles and even saw an EV6 as we coasted through the small town of Wheeler, OR just north of our destination. We got a combined 56.7 mpg for that final leg as I used up the majority of the battery on this stretch along the slower moving coastal highway. It’s a beautiful trip with winding, tree lined sections and expansive coastal views that take your breath away. If you’re a fan of beautiful beaches, fantastic craft brews, or maybe just The Goonies, it’s definitely a trip worth taking. Cheers! 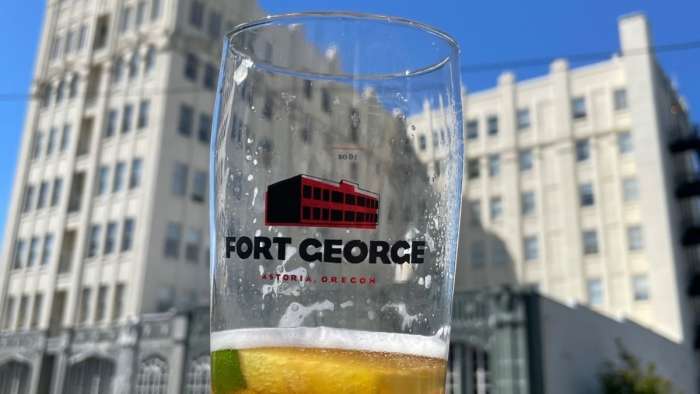 MattO wrote on May 24, 2022 - 11:20am Permalink
Hi Justin, thanks for all your articles on the Sorento PHEV! I've only recently discovered them and have been going through them as fast as I can. I'm picking up my Sorento PHEV tomorrow, and had a quick question for you (as you probably would know better than my dealer would) - is it ok to leave the PHEV plugged in for multiple days straight? I don't drive as often as you, I would likely only be driving it every 2-3 days. My plan is to just leave it plugged in in my garage when I'm not driving it, but I also don't want to waste electricity by having it constantly charging.
JustinHart wrote on May 25, 2022 - 10:05am Permalink
You’re welcome Matt! It is fine to leave your Sorento PHEV plugged in when it isn’t charging. Over the course of a few days - week I don’t believe it would use any extra electricity, or if so, so little you wouldn’t notice. If ever you go away for a long vacation, two weeks or more, it is possible the battery could shed just enough charge (a percent or three) that you might even tell it to top off remotely just before you return. I say that from experience with other EVs and PHEVs. I have gone for at most about a week not driving my Sorento PHEV (when it had a broken window), and it never seemed to lose more than maybe 1% of charge in that time. When it is cold out, this is much more likely as the batteries don’t “like” being cold. If you live in a place where temps get below 55F for long stretches, it is probably a good idea to check your range before going out if its been sitting more than a day or two, as you may want to top off when it’s cold.
Matt L wrote on May 27, 2022 - 5:23pm Permalink
Justin - I second Matt O's thanks for these helpful articles. I have a second-gen Chevy Volt that still routinely gets 60+ miles on a charge, but my family is outgrowing it and I'm seriously considering the Sorento PHEV. Your articles give me hope. Apart from the issue of cold weather and needing the gas engine for heating (I live in TX, so not a huge concern for me), are there other issues that routinely "force" the Sorento to switch from EV to gas once you've put it in EV mode (aside from using up the battery of course)? One of the things I absolutely love about the Volt is that I know it will stay in EV mode all the way down until it *has* to switch over to gas, so I'm mentally preparing for a PHEV that acts a bit differently.
Justin Hart wrote on May 28, 2022 - 3:20am Permalink
You’re most welcome Matt! And I am pleased that my pieces on the Sorento PHEV gives you hope! To answer your question: yes, pushing the accelerator down further than about 50-60% of the way to its max will also cause the gas engine to fire up. I love the same thing about the Volt as you, and miss having the same behavior in my Sorento PHEV. I think GM designed the best possible EV mode, in the Volt, and wish other brands followed their lead. That said, I haven’t found it too difficult to adjust to the different way that Sorento PHEV behaves. I know if I need to speed up as fast as possible, I am going to need gas. I know I have to drive it gently, to keep it in EV mode. But on the flip side, and this REALLY is an example of one way I think the Kia Sorento operates better than the Volt… the Sorento PHEV is very smooth, and is certainly at its most powerful and “thrilling” if you will, when it is operating in hybrid mode, whereas the Volt always drove better in pure EV mode. The Volt felt buzzy, often demonstrated less responsive handling, and had a sort of throbbing response to accelerator use when operating on gas. The Sorento isn’t like that at all. I guess that is due to the different approach GM and Kia took to integrating the gas and electric motors. Ideally, Kia will upgrade its electric motors with another 30-60 horsepower, maybe add a couple more kWh too, and let us use more/all of the throttle range at some point. But if you can’t bring yourself to accept Kia’s approach, you might check out the 2023 Volvo PHEVs and the forthcoming 2023 Mitsubishi Outlander PHEV. Both have larger batteries and more powerful motors I believe, and may let you use more of/all the accelerator before switching to gas. Trade-offs there being higher price/more expensive maintenance for the Volvo, and smaller size for the Mitsubishi. Good luck and let me know if you have more questions!