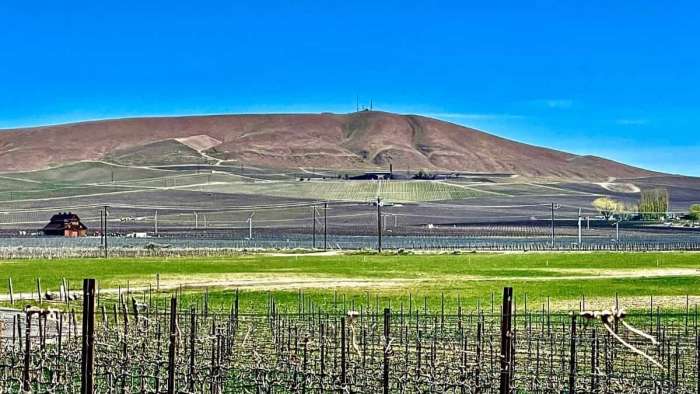 My family and I just spent a few days exploring the wines and landscape of the Red Mountain AVA (American Viticultural Area) in our 2022 Kia Sorento PHEV and managed to learn a few things about the wine, the region, and a few more things about the features of our Sorento in the process.
Advertisement

If you read my first piece on the inbound trip, you got a brief bit of backstory on the Red Mountain wine growing region. I have routinely visited the area for nearly two decades, interrupted only recently by the pandemic (this being our first visit since). But in the last few years, some things have changed: there are new wineries and lots of investment coming in from outside the area. Vineyard space is in short supply, and an older generation of winemakers have begun passing the mantle to a younger generation and deep pocketed investors are looking to bring some things to the area it currently is lacking: lodging and restaurants (reasonable additions for an economy dependent on tourism). These kinds of changes may mean a change to the vibe of the place though. Hopefully the wineries of Red Mountain will manage to hang on to that intimate and laid back vibe despite the investment and growth. As the region transforms as a destination with more accommodations and services, it would also be nice if they installed additional car charging infrastructure too since Washington State has recently passed legislation that aims to make it the first state in the U.S. to effectively ban the sale of new fossil fuel powered vehicles in just 8 short years. 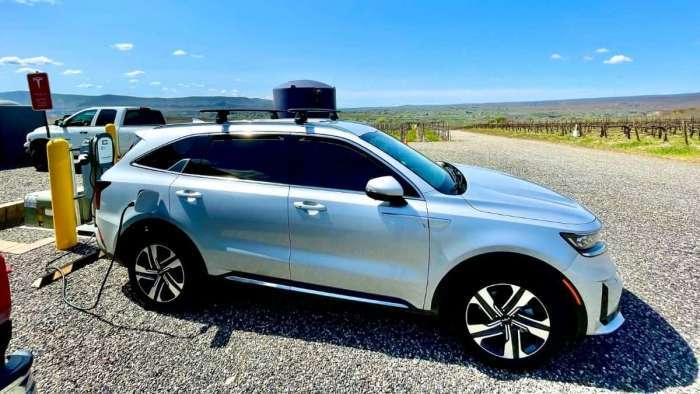 Speaking of growth, Merlot is making a comeback in Washington! I don’t know if anyone reading this even cares for the grape, but it was downplayed and even pulled out of the ground during the last 20 years or so, with Cabernet Sauvignon or Syrah getting more space, and attention. Anyway, this was what excited me about the wine this trip, a seeming abundance of high quality Merlot. If you have never tried a Washington Merlot, and happen to be a fan of the grape, leave me a comment if you’re interested in some suggestions for excellent examples of Merlot wines from Washington State. 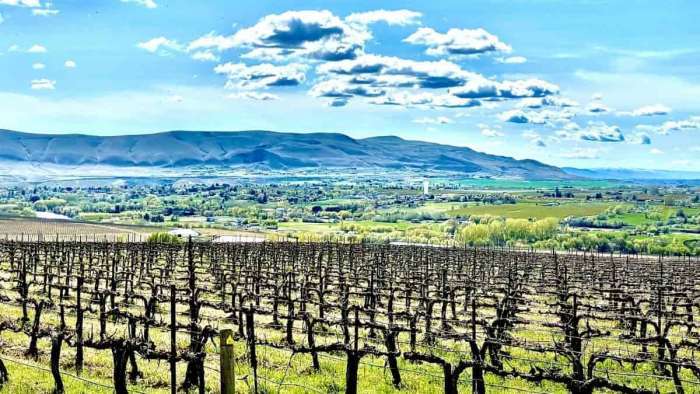 But what did I learn about our Sorento? A few things actually, none of which I realized I even wanted to know until I did. I learned that the alarm will go off if you leave the windows down (or even cracked) and the car locked. I presume this is to remind owners that they left their windows down, which may be useful depending. However, when you need to leave the windows cracked to help keep your wine cargo cool, or for a brief period while your dog is napping, it's kind of annoying that Kia has built in this “feature”. I turned to Kia owners groups and forums to research it and found that there is a software update available (which apparently requires a visit to a dealership to install) which provides a manual override that resets each time the car is power cycled. Now I know what I’ll have to ask about when I schedule my first oil change in about 5 months from now!

I also learned some new things about how the Kia’s electric powertrain behaves as well as some of the safety and driver convenience features. First, I learned how much coasting it takes to return enough charge to a depleted battery in order to enable EV mode. Note, depleted in this case is when the electric range shows as zero and the battery percent state of charge drops below about 20%. On our drive home we went over the same mountain passes we came over a couple days before. On the return trip there are significantly longer downhill stretches perfect for recouping a significant amount of charge. One of these stretches is about 4.5 miles long, and the second is over 5 miles long. At the top of descent for the first pass heading west, our battery was at 15% state of charge. There are actually multiple uphill and downhill stretches before reaching the longest downhill and in some of those our battery got down to as low as 10% (because I had depleted the electric mode capability just before we got to the passes, specifically so I could test the Sorento’s performance with a “flat” battery). The Sorento PHEV did not struggle up these steep inclines in the slightest, even with a cargo of approximately 900 pounds and the flat battery. I was ready to switch to Sport Mode (which provides extra engine power and recharges the battery), but I never needed it. After 4.5 miles of coasting down the last section of the first pass, our battery was at 20% state of charge, but the EV range still showed 0 miles remaining.

On the second, longer pass, we again had 15% state of charge at the crest of the downhill section which makes me think this may be about the targeted lower limit of charge Kia has programmed the Sorento PHEV to maintain as a reserve for propulsion power in standard hybrid (HEV) mode. However, by the time we finished our 5+ mile descent, we had achieved 24% state of charge and the display now showed 2 miles of EV range available. So there you have it, about 5 miles of continuous coasting is enough to recharge the Kia Sorento PHEV’s battery enough to regain some usable EV range. Perhaps if the slope is steep enough that braking is required to maintain a safe speed, less distance may be required since applying the brakes regenerates charge at a higher rate. The hills we were coasting down only needed an occasional gentle application of the brakes to maintain a safe speed however.

Speaking of safety, I was able to test several of the Sorento’s Advanced Driver-Assistance Systems (ADAS) throughout our trip too, including Lane Keeping Assist (LKA), Lane Following Assist (LFA), Navigation-Based Smart Cruise Control (NSCC) Highway Driving Assistant (HDA) and Intelligent Speed Limit Assist (ISLA). These systems may work in concert, and I can report that it was sometimes difficult to determine where one began and the other ended. Thus I would say Kia mostly has designed a smoothly operating suite of ADAS systems. Here’s my observations from using them: first, the NSCC, LKA, and LFA systems mostly work together very well, however I did find the Sorento “pin ponged” a little from one lane edge to another and sometimes favored sticking too close to one lane marker than was comfortable. I have found this issue to be present in every lane keeping assist system I have tested (not that I have tested all of them, but Tesla’s is one I test regularly). It is perhaps in the middle of the pack here, and it works fairly well, but one obviously must keep their eyes on the road and hands on the wheel to nudge the Sorento back toward the center of the lane at times. In stretches where the lane markings were missing, the Sorento would beep and momentarily wiggle back and forth, but I found it more confidence inspiring than my Tesla Model 3 in similar circumstances (it tends to veer to the right when approaching an off ramp for example and the right side lane markings disappear). The HDA and ISLA snuck up on me a little bit when in cruise control and as I approached a sharper right bend in the freeway. At first I thought I had hit the decelerate button because the Sorento began slowing down by about 5-10 mph shortly before entering the turn, but I realized it was just doing what it is supposed to do. It then accelerated out of the turn back to the preset speed. It only did this once the entire trip that I was aware of and it was very smooth. Overall, I’d say that Kia’s ADAS systems I tested were all competent, at least about as good as other manufacturer’s systems. Though I have heard of people expressing some concerns over emergency braking and NSCC system that I will go into more detail about in a forthcoming article.

Finally, as we pulled into the driveway at the end of our trip, I tallied our total fuel efficiency. For the entire round trip of 439 miles, we covered about 90 miles in EV mode and the rest on about 10.2 gallons of gas, which comes out to a little over 34 mpg. If we blend the electric and gas fueled miles together, and divide simply by the gallons of gas it took to cover those miles, we made slightly better than 43 mpg. The Kia Sorento PHEV is certainly living up to its promised range and efficiency (acknowledging that I kept our SUV at no more than 3 miles per hour over or under the speed limit except for a few brief periods when passing a slower moving vehicle). Promises kept is something I can certainly toast to. Cheers! 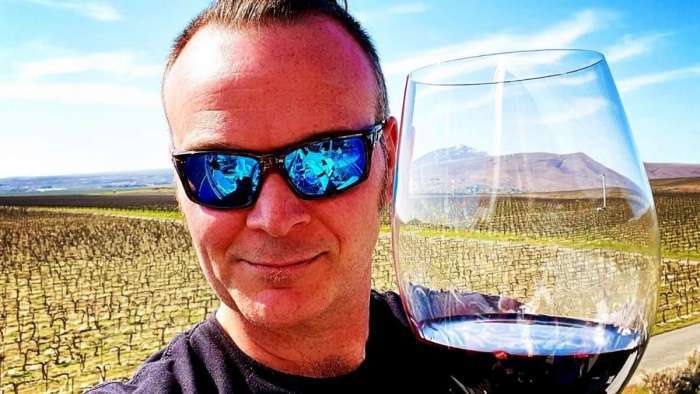