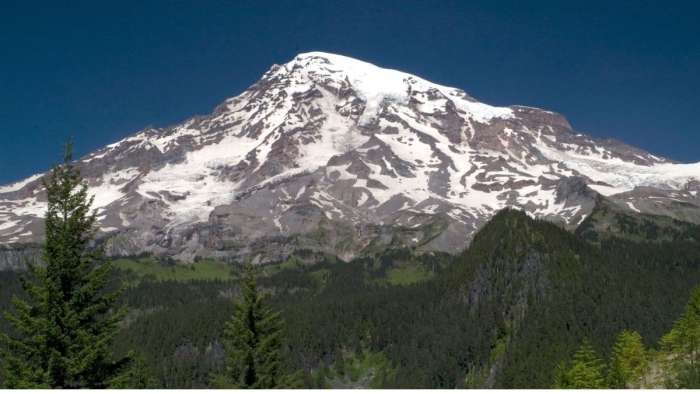 Washington State passed a law that sets a target for all light duty and passenger vehicles sold, registered or purchased in the state, starting in model year 2030, to be electric vehicles. This legislation defines the state’s effort as a “target”, which suggests flexibility in terms of what the definition of success might be (perhaps getting close to the target wouldn’t automatically be considered failure). Nevertheless, it is an ambitious target, the most ambitious of any U.S. state.
Advertisement

But what will it take for Washington to actually hit this target? As I explained in a previous article, Washingtonians purchased around 250,000 new vehicles last year, of which only about 20,000 were EVs. The most popular model types of all vehicles sold last year (at least in the most densely populated Seattle metro area) were primarily SUVs and pick-ups according to seattlepi.com. As such, Washington would need an approximately 40% sustained, annual increase in EV purchases for the remainder of the decade to achieve this goal. Just how likely is it that this goal will be met?

For reference: In 2021, 535,000 electric vehicles were sold in the U.S. according to CNBC. Of that figure, InsideEVs and Cox Automotive estimates that 352,471 were Tesla vehicles. This means that Tesla controlled more than 65% of the electric vehicle market in the U.S. in 2021. Other automakers are starting to catch up to Tesla and I have written about which are most likely to catch up the fastest. But in short, Washington consumers are going to need more than Tesla (whose lowest priced vehicle currently starts at about $47,000) and a smattering of other options to reach this goal, even Tesla would admit this. Consumers want a diversity of electric vehicles, pick-up trucks and SUVs in particular, and the versions that sell in the highest volumes are not those that cost $60k and up. EV pickups are currently only offered in small numbers and all at prices far above any Washington State incentives which include partial sales tax exemption for new electrified vehicles capable of at least 30 miles of all-electric travel that are priced at or under $45,000 (or $30,000 if used). SUVs have more options in the compact size range, some of which in their base model or lower trim versions, are eligible for Washington State incentives. But automakers are going to begin offering more of these vehicles soon, so we should be all set right?

No, we really are not in a good position on this at all and there’s a few simple reasons why. The average price of new electric vehicles is already higher (with a few exceptions) than the Washington State tax incentives on offer (which seem set to phase out in 2025). The average price of a new EV in the U.S. was over $56k in November 2021, according to PRNewswire.com and Kelly Blue Book. Of course if we include plug-in hybrids capable of traveling 30 miles or more on electricity only, there are a few more options under $45k, but that doesn’t get Washington any closer to its goal as it is currently laid out in the new law. It is increasingly less likely that average EV prices will improve any time soon because of the ongoing production and supply chain issues. The price of cobalt and nickel in particular, which are used in most EV propulsion batteries, are skyrocketing and there aren’t really short or medium term means of increasing supply enough to meet demand. Add to this the lingering effects of the pandemic on parts shortages, the war in Ukraine, spasms in the global economy wrought by other geo-political and natural causes, and there are few scenarios where we might see the price of EVs trending downwards to the point of “everyday” affordability or under the $45k WA incentive limit. Eight years is not a lot of time to encourage a change in consumer habits without drastic action.

If Washington State has a similar preference for pick-ups and SUVs as much of the country, and that doesn’t change much over the next 8 years, that means that about 180-190k of the 250k annual figure above will need to be EV pick-ups and SUVs. This also assumes Washington’s demand for vehicles stays steady over the next 8 years. If we assume that pick-ups and compact - full size SUVs will collectively have an average battery size of around 100 kWh (which is on the conservative side considering the sizes of batteries planned for EV pick ups and mid-full size SUVs today), that would mean in 2030 Washington State alone might consume 18-19 million kWh of batteries for those vehicles types and another 5-6 million kWh of batteries for sub compact - mid size cars/SUVs if they have an average battery pack size of 75 kWh, giving Washington a total annual appetite for EV batteries of around 23-25 million kWh. To give you a sense for how much that is, Tesla sold somewhere in the neighborhood of 28 million kWh of batteries in its EVs in the U.S. last year (estimating based on average size of their vehicle batteries and the prevalence of the Model Y and Model 3 in sales). Thus, Washington would consume almost all of Tesla’s current annual production, in 2030, nevermind the rest of the country with much larger new vehicle markets. Of course other brands intend to be selling large volumes of EVs by then and Tesla intends to make much larger volumes as well. But by comparing things to current production levels, we get a sense for the scale that will be required, especially if larger states might move up their electric vehicle goals or otherwise compete with Washington for what is almost certainly going to be continued limited supply.

Where might Washington turn for a good model to achieve its goal? Norway is a good example. New gasoline (and diesel) powered vehicles are a small percentage of the vehicles sold there now (most recently less than 14% of total February sales). Norway achieved this dramatic shift by heavily incentivizing EVs and leveraging higher taxes and fees on fossil fuel powered vehicles. Washington will also need to pursue a far more aggressive plan of subsidizing EVs while simultaneously making it much more expensive to drive fossil fueled light duty vehicles to achieve its goals. But so far the state government is not inclined to do this, ostensibly because increasing the taxes and fees associated with gasoline and diesel powered vehicles is regressive, and unfairly burdens the least wealthy. A resolution to that issue may be simple: eliminate the sales tax on all EVs new and used that cost less than $60k, while simultaneously adopting a gradual increase in taxes and fees on fossil fuel and the vehicles that run on it over a period of 10 years and at the same time use that new revenue to provide significant financial and zoning support for broad implementation of 240v charging for multifamily dwellings and fast charging options along all highways statewide. The biggest obstacles to mass adoption of EVs are charging infrastructure and the initial price of EVs (they cost less to fuel and maintain, but consumers are not inclined to think about that). The other main issues of range and charging time will be resolved by the industry and or the gradual change of people’s habits over time. At least that’s my opinion. What do you think?

jg wrote on April 2, 2022 - 10:13pm Permalink
They need to. Include ALL combustion engines not just passenger cars and light trucks. I know there have been many studies, but I’d presume about 80% of the noise and air pollution comes from small engines and large trucks, not the class of vehicles that is already abiding by all means of stringent air quality standards. It’s time to get rid of the non-stop droning and abominable pollution of landscaping equipment, for which battery-driven products have been available for well over a decade. If we can’t even transition these small items to battery power to get rid of fossil fuels how can we possibly transition the larger ones?
JustinHart wrote on April 3, 2022 - 2:28pm Permalink
Actually, passenger cars and light duty trucks are responsible for the largest amount of emissions among all internal combustion powered vehicles (however some forms of emissions, like particulate emissions may have a higher proportion coming from heavy duty diesel powered vehicles or small two stroke engines). This is because there are so many more passenger cars and light duty vehicles than the other types. And I agree with you, we need to get rid of all of these fossil fuel burning engines as quickly as we can. I believe the general intention may be to let consumer preference at least lead the transition to electric and battery powered replacements for small two and four stroke engines commonly used in yard equipment and recreational equipment. More or more people are buying electric lawn mowers, leaf blowers, power washers, and small dirt bikes because they are just easier and cheaper to maintain and noticeably eliminate noxious air fro the users. While we might need incentives (or higher taxes) to full transition away from those engines, ultimately, hopefully that will only be necessary in a few cases. The far more difficult transition is going to be for heavy duty vehicles (diesel powered trucks, vans, trains, ships, and of course all those planes running on gas or jet fuel). Batteries need to evolve a couple of generations to be energy dense enough to replace most of these applications (though hybrids, hydrogen powered versions, or other means could be employed sooner to help move them in the right direction at least). There also simply isn’t enough supply of batteries to do all these things in a short timeframe. What we need is a globally sustained effort to dramatically increase the battery production, and full recycling/reuse of them, to replace fossils fuels. It is going to take the cooperation of at least all the worlds major economies and it won’t be easy any way we look at it.