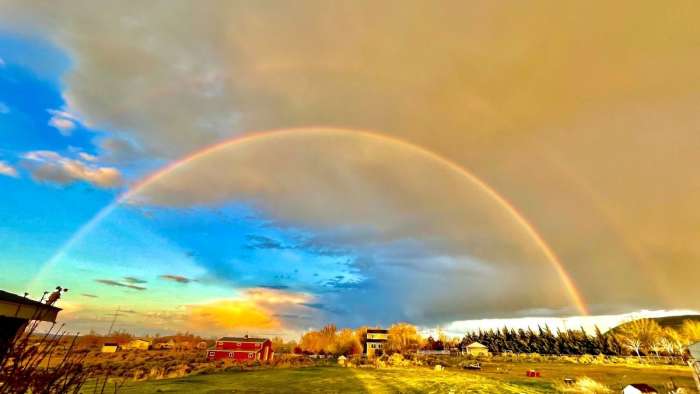 Today we set out on a weekend road trip in our 2022 Kia Sorento PHEV to visit Washington State’s warmest AVA (American Viticultural Area), Red Mountain, for a weekend of wine tasting. This AVA is located near Benton City, WA (which isn’t so much a city as it is a small community located just outside the greater metropolitan area known as the Tri-Cities of Washington - Pasco, Richland, and Kennewick), itself a “mid-sized” urban area of roughly 300,000 people, according to Wikipedia.
Advertisement

The total road trip should be a little less than 500 miles, with the one-way distance to our accommodations being 206 miles from home (slightly humorous if you know Seattle’s area code). For this trip we have in the car: 3 adult humans, 1 child sized human, and 1 adorable Boston Terrier plus all the food, accoutrement, accessories and clothing said humans and K9 need for a weekend in wine country. We intended to have a different payload, including a rooftop cargo box in place, but due to a last minute COVID infection amongst a friendly household intending to join us, we’re down a person. That said, we’re still at around 900 lbs of people, animals and stuff in our Sorento, with empty cargo racks on the roof. We are going over two mountain passes to get to our destination, it’s cool and stormy out (with winter conditions in the passes the night before), and we are just wanting to relax after a rough week of work and disappointments. We need the rejuvenation only a road trip to a scenic place can bring!

Before I dive into the usual nerdy stuff about the vehicle and its performance on the trip, a little bit about the place we are going to. Red Mountain is the smallest recognized wine growing region in the state of Washington at just over 4,000 acres in size, but its size does not define its significance. It is, along with Walla Walla, WA (the city so nice they named it twice!) the most renowned wine growing region in the state of Washington. For those that don’t know Washington wines, we are the second largest wine producing state after California. Dollar for dollar, Washington state has the lowest price point for highest scoring wines of any wine growing region in the world (depending on which trade magazines you read). I don’t mean to disparage any other wine growing regions in the world, I am just proud of the place I call home and the amazing wines the place and the people produce. This world class wine growing region was shaped by some cataclysmic geologic events, namely the Missoula Floods that happened around the end of the last ice age. Red Mountain was a high point in these epic floods and as such collected the soils and minerals on its shoulders that would eventually become what it is today. It’s an ideal growing location with scenic beauty and wonderful people.

On to the car nerd stuff! We left home with a full tank and a full charge, showing 402 miles of range (this after a road trip two weeks ago to Bend, Oregon, which lowered the estimate of our max range due to interstate speeds). I was driving the entire way there, non-stop, and we left just before rush hour started (so traffic was starting to get bad, and we were mostly able to maintain a freeway speed of no less than 45 mph, usually higher, until we hit the 70 mph speed zone about 20 miles outside of the Seattle metro area). I used the battery for the first 6+ miles of the trip in order to make room for some regeneration from coasting and braking, and manually put the Sorento PHEV into Hybrid mode when we started going uphill toward the pass from I-405 in the city of Bellevue, WA along I-90. For the duration of the trip I maintained a speed of no more than 3 miles over the speed limit, and no less than 3 under (except for a 20 minute stretch when we were stopped and or moving at swift jogging pace due to an accident on the I-90 pass at Snoqualmie). It took us about three and a half hours to reach our destination in Benton City, WA, which means we averaged a little less than 60 mph for the trip. For the last 25+ miles of the trip I kept our speed to only 2 mph under the speed limit (instead of 3), just to see what the effect would be. During those miles, the mpg figure on the dash decreased by .7 mpg, and it only increased over the EPA’s rating when I manually switched back to EV mode about 23 miles before we arrived.

Because I only used up about 15% of the battery before switching to hybrid mode, once we got over the first mountain pass (and when we were in the thick traffic on the pass due to an accident) I manually switched back to EV mode whenever we could coast downhill, eventually when we got to flat stretches close to our destination and after we exited the freeway about 6 miles before we arrived. This resulted in an EV range of just about 40 miles, certainly aided by several miles of coasting down the other side of the mountain passes and the relatively flat stretches in the valleys and shoulders of the hill country between Yakima and the Tri-Cities. If you’ve never experienced this country before, in particular from the road or up close and personal on foot, it is perhaps most spectacular in the spring when the sage and grasses are at their brightest green, the undulating hills and their intricate crevasses bursting with verdant growth. 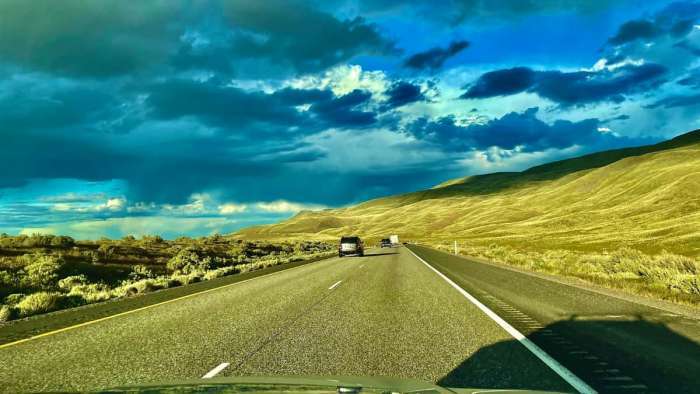 That 40-ish miles of battery range, and a steady state speed that was a couple mph slower than most of the other drivers on the road resulted in excellent fuel efficiency, even with 900-ish pounds onboard, the roof racks on top and having to rev the engine into the Power band going up the passes (which the PHEV handled without any struggle). We scored a blended efficiency of 36.7 mpg on reaching our destination, which is quite impressive. 10 years ago, in my 2007 Honda Fit, I would have gotten similar mpg figures with no roof racks and about 2,000 lbs less total weight (and likely lower drag due to lower profile and narrower width). So there you have it: the Sorento PHEV is capable of delivering exceptional fuel efficiency even with a full load of cargo (inside), assuming you are willing to stay close to the speed limit. Please share any questions or comments below. Cheers! 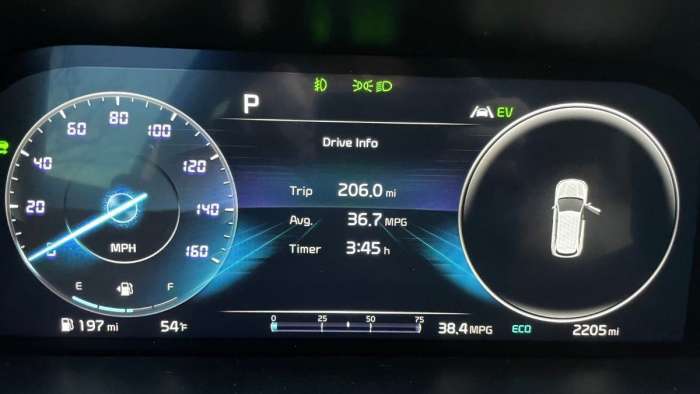