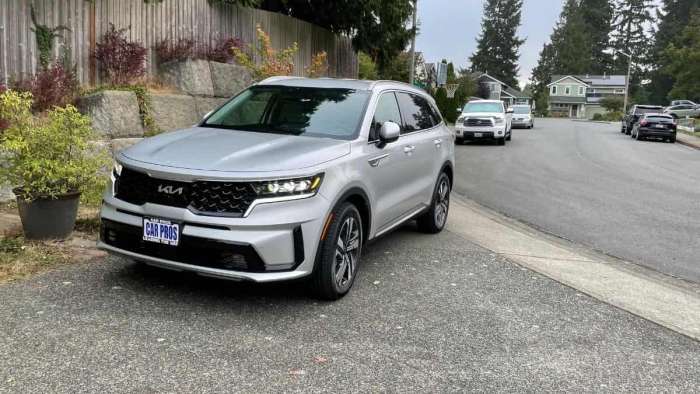 Tesla Owner Buys A Kia PHEV SUV, And Loves It

I drive both an electric car (Tesla Model 3) and a plug-in hybrid (Kia Sorento) and I love them both. I know there are many others that also own multiple plug-in vehicles, but people often ask me: “why choose an EV and a PHEV, why not two EVs and why those particular vehicles?” Those are a good set of questions worth elaborating on.
Advertisement

I drive plug-in vehicles because they are more efficient/have significantly lower emissions and are a lot more enjoyable to drive because of that efficiency and their instant torque. I love to travel, to drive in particular, to see and enjoy beautiful places. I respect nature, I want my child to enjoy the same places in her lifetime as well. But why don’t I only drive EVs then and why have I chosen the two plug-in vehicles that I have?

I got my first EV in the spring of 2011, a Nissan LEAF. I debated between getting a LEAF or the Chevrolet Volt for weeks when both were announced and eventually decided on the LEAF. The first generation LEAF had very limited range, of course, but at the time I drove about 40 miles a day for work and the LEAF would easily allow me to cover that distance on a single charge whereas the Volt would have switched to gasoline before I made it home. The Volt was also several thousand dollars more expensive so it came down to price and availability of our other ICE vehicle that we would use for road trips longer than an hour (about the most we could go on a charge in the LEAF). I also wanted to take the more radical step of not using gas at all with at least one of our vehicles and to test what it would be like to drive electric. 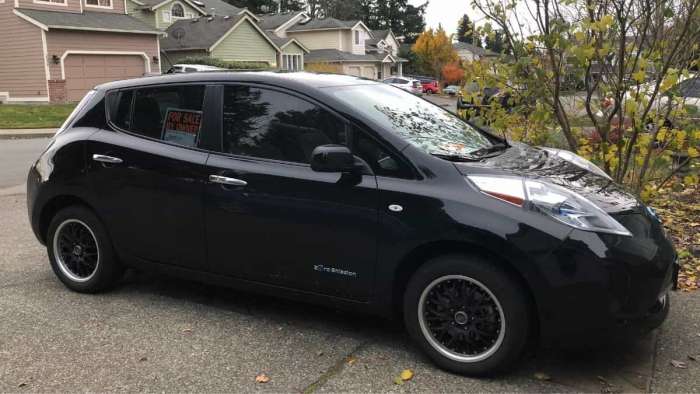 I was immediately enthused by the ability to drive without gas and sincerely enjoyed the torque of that electric motor. I drove my LEAF about 11,000 miles per year for the entire six and a half years I owned it and loved almost every minute. I only ever had one instance of range anxiety on a spontaneous outing my brother-in-law conned me into. Just over a year after we got our LEAF though, my wife and I had a baby girl. Driving her around in our EV was an important daily reminder for her that electric vehicles were normal. But still, the first generation LEAF wasn’t particularly capable for road trips and I love long drives to enjoy the coast, camp in the mountains and forests of the Pacific Northwest, visit far flung family, etc. I needed something bigger with more range, since we usually have other people with us and we always bring a good amount of stuff too (camping gear, sports equipment, wine... and more wine).

At the time, the only bigger EVs I could buy were the Tesla Model S or X. They were definitely outside of our budget, so we waited, and waited, and waited. In our price range, there just weren’t any larger EVs coming any time soon, and so I began to look at PHEVs because I felt we could probably drive on battery at least 80% of the time if the range was there.

The first one that had potential, with reasonable cargo and people hauling ability, was the Mitsubishi Outlander PHEV. Yet it only had a paltry 22 miles of range at the time. That would have meant we would only get about 40% of our miles on battery, by my calculations, and that simply wasn’t good enough.

So, I switched my thinking. I’d look for a PHEV that could cover most of our miles in EV mode and make that my commuter, sell our LEAF (which was starting to loose enough battery range after almost 7 years of ownership that it was an issue), and get another EV we could make longer road trips in as soon as one was available. I bought a 2017 Chevy Volt and drove that for almost 4 years and was able to cover 89% of our miles in EV mode, including one or more long road trips every year. It proved to me that a PHEV, as long as it has enough electric only range, could come very close to an EV in terms of carbon emissions from driving and in cost to fuel. For reference, my cost per mile for fuel measured by my own records for the Volt was about $.03 cents while my LEAF’s cost per mile was $.02.

Note the Volt is rated at 106 MPGe according to fueleconomy.gov and the LEAF at 99 MPGe. 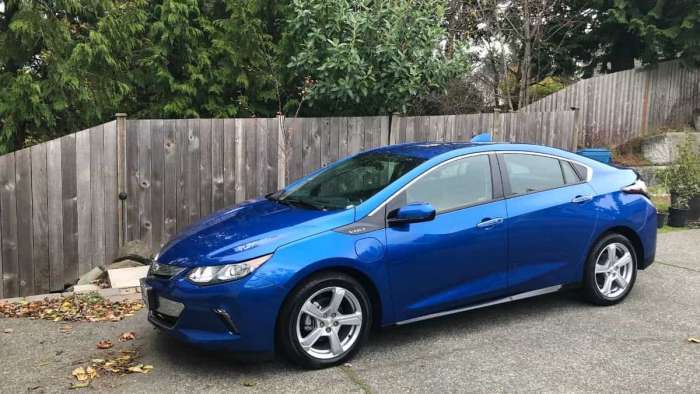 Not long after I got my Volt, the Tesla model 3 came out. I got one in May of 2018 and was finally able to realize my goal of taking long road trips without using gas (my longest being 3,800+ miles round trip). My per mile costs for the Model 3 (rated at 130 MPGe) is also about $.03 cents and includes use of Tesla’s supercharger network, which costs more per kWh than what we pay at home. I mention this because with the Nissan LEAF I almost never used more expensive public charging and that is why it had a lower per mile cost for me.

Remember what I said about having a child though, and getting outdoors and liking to road trip? The Volt was fantastic, but it really wasn’t big enough for my family and all our stuff, so as soon as I saw that a PHEV SUV was available in WA state that could go over 30 miles on a charge and cost under $50k I started putting things in motion. Note, the Toyota Rav-4 Prime and Hyundai Santa Fe PHEV were available first (but not sold in WA and I really wanted a 3rd row of seats), as was the Pacifica Hybrid (but it didn’t have AWD or enough ground clearance for the camping trips I take), and of course the Mitsubishi Outlander PHEV (which still didn’t have enough EV only range in 2021, nor a third row).

So that’s how I ended up with a Model 3 and a Kia Sorento PHEV, but why didn’t I choose 2 EVs? I could have gotten a Model Y if I were willing to spend more than I budgeted and wait several months longer. I could have purchased a smaller non Tesla electric SUV, but none would have been particularly useful for road trips any time soon. 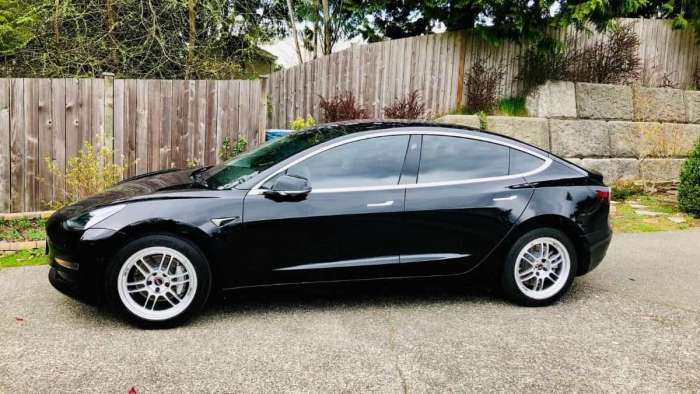 After owning and driving a Tesla for almost 4 years, and knowing what a fast, reliable, and broadly available charging network should be, I wasn’t willing to take a big step backwards on another brand, yet. I know the CCS fast charging infrastructure is starting to catch up, but it still isn’t as robust or reliable as Tesla’s and won’t be for a while. Even Tesla’s has some thin spots where I live (fast charging along the WA and OR coasts can be iffy). That is why I drive both an EV and a PHEV; there are still some trips I like to take that would be a little tricky in an EV and the lowest price AWD EV SUVs that can hold 5+ adults comfortably are still out of my price range (as are most AWD PHEVs). I expect to handily beat fueleconomy.gov’s 79 MPGe rating for the Sorento PHEV. So far I have only used ¾ of a gallon of gas to drive over 300 miles and, once I get my rear window replaced I anticipate using about 50-70 gallons of gas per year for roughly 11-12,000 annual miles. What isn’t there to love about that?