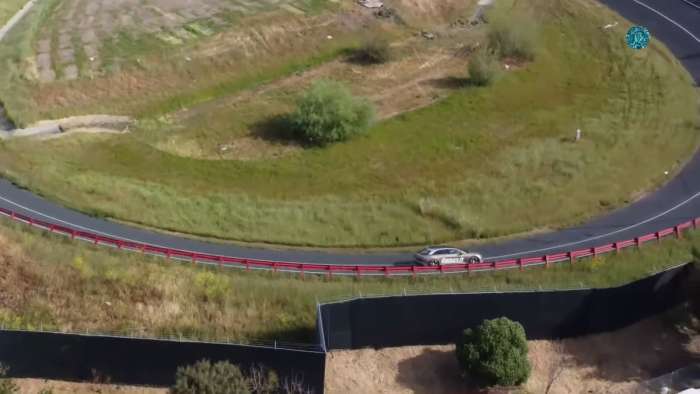 Tesla Is Benchmarking The Lucid Air At Its Fremont Factory

Drone flyover footage shows Tesla putting in laps with a Lucid Air Dream Edition at its Fremont factory test track. Here's what Tesla could be looking to find out.
Advertisement

The drone footage below was captured and uploaded to YouTube on Monday April 4th, showing operations from above Tesla's Fremont factory as well as the nearby 4680 battery plant. There's none of the perimeter skirting that Lucid demands from the Bear's Workshop flyovers at its AMP-1 facility in Arizona, with this pilot guiding the drone over Tesla's parking lots, loading bays, and other facilities. We can tell from the Dream Edition-exclusive gold paint adorning the test car that this is an example of Lucid's flagship trim package.

Lucid On Track At Tesla
Of particular interest to Lucid watchers is the section of video from 2:15 to 3:10, where we get a bird's eye view of the facility's test track with a Lucid Air putting in some testing laps. The Tesla test track looks something like an giant cotton bud, with a pair of sweeping banked corners linked by side-by-side straightaways for full-power blasts. The video picks up the Air as it rounds a corner before stopping on the straight for a launch and acceleration test. We know from this 3000 horsepower drag race that Tesla's Model S Plaid is faster off the line and through the quarter mile than the Lucid, but it's also less luxurious and less expensive.

What Is Tesla Testing For?
If we had to make an educated guess, we'd say that the main reason Tesla's benchmarking the Lucid Air is to take a closer look at its record-breaking efficiency. As Lucid CEO and CTO Peter Rawlinson has said many times, maximum efficiency has always been the ultimate goal for Lucid with speed, acceleration, and range all enjoying incidental boosts as a result of the obsession with getting the most from the least. Lucid currently has the most efficient electric car in the game, and Tesla will be eager to find out how they've done it. 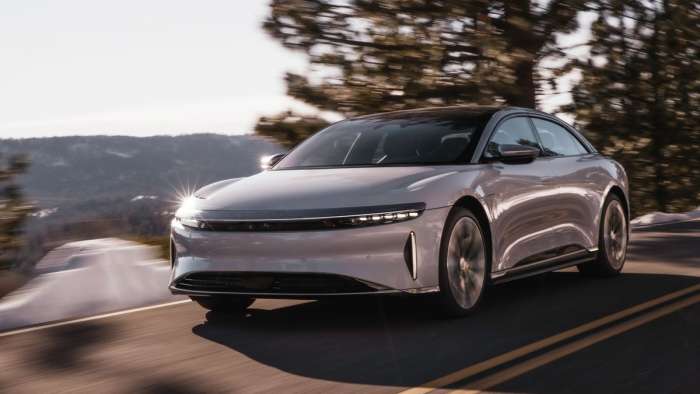 Many car companies use Tesla products as benchmarks for their own EV development efforts, but now we're starting to see Lucid vehicles appear at testing centers more frequently. General Motors has also been spotted benchmarking an Air, with a Model S Plaid and Model 3 putting in laps at its test track around the same time.

Tesla-Lucid Rivalry
While Lucid reps always say that it's not Tesla, but established German luxury brands like Mercedes and BMW that make up the company's real competition, the two Californian EV brands are always going to be compared to one another. Elon Musk and Peter Rawlinson have a personal history too, as the Lucid boss served as Chief Engineer of the Model S before leaving Tesla to work for Lucid, then known as battery supplier Atieva. 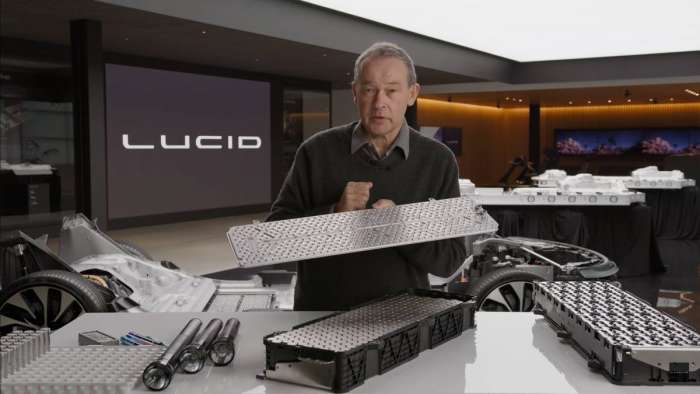 The two men appear to have extremely different personalities, with Rawlinson coming across as a quiet, thoughtful engineer and CEO compared to Musk the Memelord and Bane of the SEC. Musk has previously attempted to play down Rawlinson's role in the development of the Model S and stated that Tesla could have built 600-mile versions long before the Lucid Air launched but didn't because it would've made the product worse, likely through a larger battery adding weight and encroaching on passenger space.

Regardless of rivalries between companies and CEOs, Lucid has developed a secret sauce for efficiency and Tesla along with everyone else will want to find out how they've done it. We're sure to see many more carmakers benchmarking the Lucid Air in the near future.