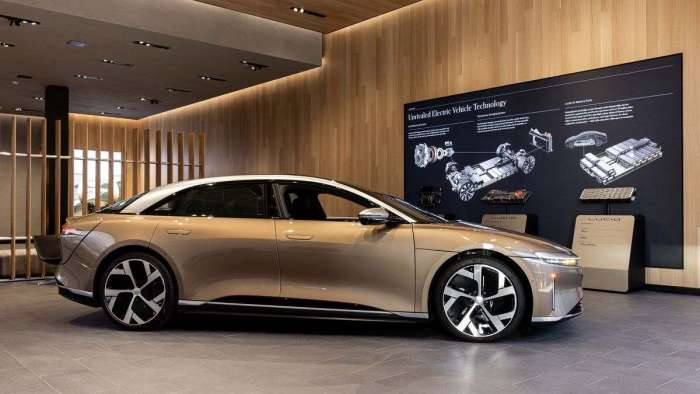 Lucid continues to increase its footprint across the US and Canada, and these facilities opening will bring the company to new areas and audiences. Here are all the locations getting Lucid Studios and Service Centers in 2022.
Advertisement

Lucid operates its sales network by selling direct-to-customer and operating its own Studios, where buyers can see example cars, try out the Air's various materials in person, and test interior configurations through VR headsets with a mock up of the 520-mile EV sedan's dashboard and front seats. Studios also allow customers to become familiar with Lucid UX. Lucid's Service Centers do exactly what it says on the tin: they service customer cars and having one nearby means you don't have to have your car shipped to a workshop out of state. Over the course of 2022, Lucid plans to bring its brand of sustainable luxury to more buyers across the US and Canada by opening facilities from coast to coast.

Winter 2022
Closest to opening fist, winter 2022 will see a pair of Studios open in the east. The upscale Yorkdale Mall in Toronto will receive Canada's second Lucid Studio, while the Short Hills Mall in New Jersey will also a space for customers to meet with Lucid staff and configure their Airs. Toronto's Lucid Studio is slated to open during February, so watch this space as I'll certainly be there on day one. 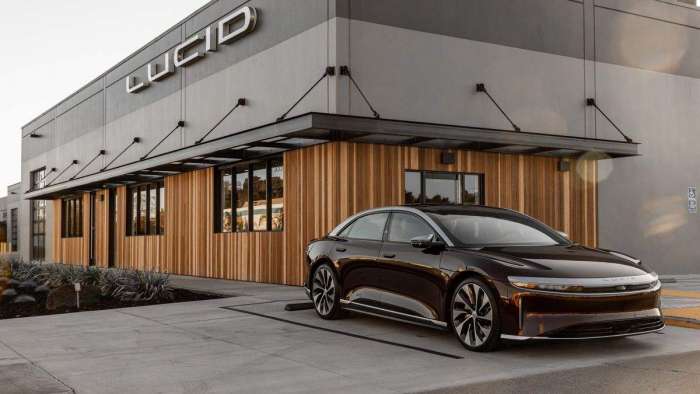 Spring 2022
Next up, spring 2022, which will see a slew of Studios opening from New York to Washington State (Long Island and Seattle to be exact). Also pooping up in the spring will be Studios in Denver, Dallas, and the long-awaited opening of the brand's Boston store.

Summer 2022
Summer will see a wave of new Service Centers open their doors, with one in Vancouver to complement the existing Studio in the city. A Service Center is slated to open in Vaughan, north of Toronto and serving the Greater Toronto Area, with another to open in the historic streets of Montreal. South of the border a pair of Studios will be opening in Canoga Park and Corte Madera, both in California, while Plainview, New York will get a Service Centre to accompany the Long Island Studio. Miami is also getting its own Service Center some time during summer 2022. 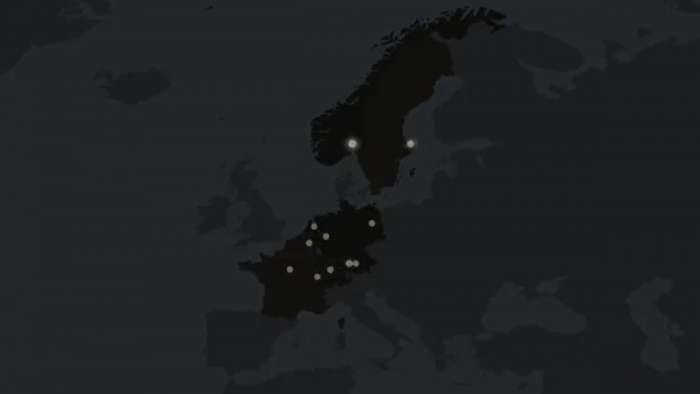 European Expansion
Lucid doesn't just have its sights set on North America, with European customers recently invited to convert their Air reservations into formal orders and Lucid releasing a video map with points of light dotted around the continent giving hints as to where we an expect the brand to land as it expands around the world. Germany looks to be the first location Lucid will set up on European shores, with the EV-loving Scandinavian nations to follow.

Tesla Contemplates A New Strategy for China Retail even As Sales Boom
Jay Leno on Elon Musk & EVs: “I Think He Should Get ... Credit"
END_OF_DOCUMENT_TOKEN_TO_BE_REPLACED