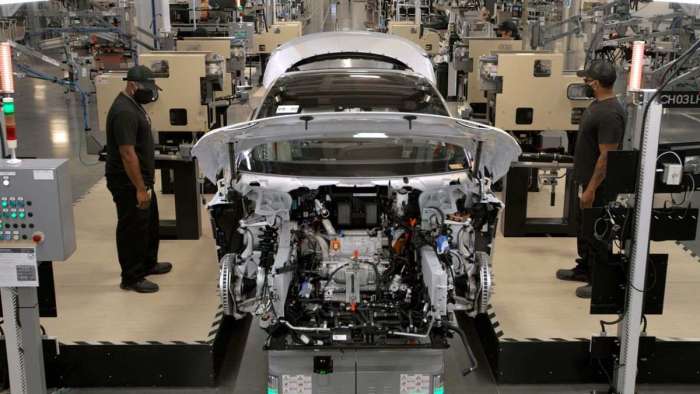 Software Bugs Could Be The True Cause Of Lucid's Delivery Delays

Lucid Air Dream Edition owners are sharing their experiences and heaping praise on their new cars, but are also reporting software issues hampering some functions. Could this be the real culprit behind the company's fit and finish delays?
Advertisement

As more new owners of the Lucid Air Dream Edition share their positive reviews, others have been told that their vehicles are being delayed by a "fit and finish" parts shortage. According to some reservation holders, Lucid has been cagey in dealing with them and answering questions, as you'll see from the quotes below.

As with the information contained in the original parts shortage article, this is coming from an independent owners forum, LucidOwners.com. It's worth mentioning that one user who received the delay call took delivery of their car on Wednesday January 5th because it proves that Dream Editions are still being produced and making their way out to owners.

Speculation Swirling
With Lucid's reluctance to talk about the issue with its customers, some have begun to question the veracity of the "fit and finish" delay.

Maybe the "fit and finish" part issue is actually a realization that they need get many, many software issues resolved before releasing any more vehicles. No need for any more beta customers at this point. I'm really sorry to hear of all of the problems. While I totally get some software bugs and delayed features, it does concern me that some customers would have gotten version not at all ready for release even according to them. That's scary.

Others mention that as a fledgling company, Lucid may be playing its cards close to its chest to avoid damaging relationships with suppliers. Either way, this is a loud silence and some of Lucid's customers are not pleased with the company's opacity. 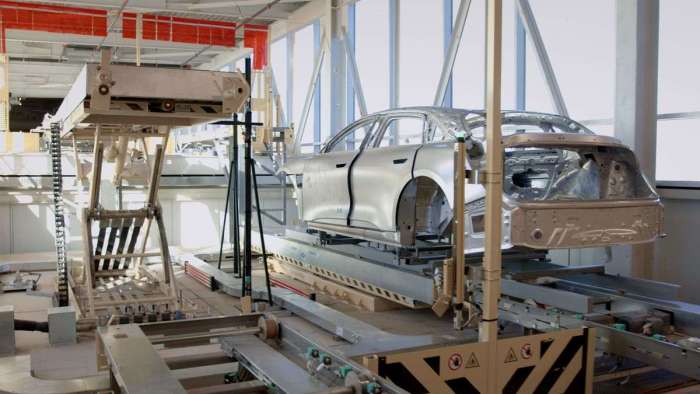 On a Lighter Note
Owners who have already received their Dream Editions are sharing their first impressions with one another, celebrating the aspects that they love and sharing areas where they're having issues. In no particular order:

Everything on the car is perfect. The only 2 issues we have currently are software related (as I had anticipated).
1. Facial recognition for the profile is not working. It asks me to look at the screen behind the steering wheel and goes thru its process but at the end it gives me a "failed" error. The person who delivered the car also had no luck trying to figure this out and we even placed a call to Lucid customer care. At the end of multiple attempts, we are now "escalated" to the mobile team. Will update here once I know more.
2. Phone as key: Based on comments here by other users, doesn't sound like I am missing too much here but my car will NOT accept mobile pairing for the phone to work as a key. Interestingly, the bluetooth connected effortlessly for music and phone purposes but will not allow the phone to be used as key under "my profile settings".

(This was later discovered to be an issue with the phone, not the car)

Just as comparison, I currently have or have had within the last 12 months: :Rolls Royce Phantom Drophead coupe, Rolls Royce Wraith, Bentley Bentayga, Aston Martin DBX, Jaguar ipace, Jaguar Fpace SVR, Range Rover Supercharged etc and in spite of that I felt like this car was at least as good if not possibly better/softer riding in the smooth mode than others on this list. It was also (at least for now) completely free of any rattles or squeaks whatsoever.

That's one heavy-hitting list, especially at the top end, and for the Lucid to be up there with them is an undeniably huge accomplishment for CEO Peter Rawlinson and everyone involved with the Air.

Another user had this to say when comparing the Dream Edition to the family's Model S Plaid:

- - smoother riding and quieter than our Model S Plaid in all three settings
- - car is flat out quick even in Smooth mode
- - in Sprint mode it has the kick-in-the-gut, headache-inducing acceleration of the Plaid
- - less front end lightness under hard acceleration than the Plaid
- - incredibly responsive and precise steering . . . and it has no f---ing yoke!!! or badly-placed buttons
- - so glad to get a turn signal stalk back that I almost cried
- - not a squeak or rattle to be heard
- - software lags quite a bit; some icons have to be hit "just so" to activate
- - need to spend some time figuring out the software
- - no geofencing or proximity approach to bring up Homelink; you have to press the icon
- - though we set up Alexa with the coach's assistance, it is not working properly
- - after coach left and we took the car on the road, Alexa started telling us is "does not support the device" to which it's linked, i.e., the car . . .
- - haven't figured out how to initiate a phone call by voice command

Quick and dirty: it's an absolutely amazing driving machine -- probably the best we've ever owned -- with a lot of software things still in the works.

Back To That Heavier Note
Excited owners and glowing reviews aside, there's still the issue of Lucid's reluctance to keep its customers in the loop.

I don't mind if some of the features aren't initially enabled like Dream Drive, but the underlying operating system and UI should be stable and basic functions should be usable with minimal errors. It seems that the software it a mix so far. Probably not as stable as many would expect, but pretty decent overall. I'm also willing to give Lucid a little more leeway because they are a brand new automaker and this is their first vehicle. I wouldn't be an early adopter if I wasn't willing to take on some initial bugs and problems.

While others are becoming increasingly frustrated:

I believe we have all been told we are “top of the list”. I just heard back from my DA (took two days for him to reply to a simple email), with just vague uselessness. I’m starting to get really frustrated with the lack of transparency... just tell us what the fit/finish part is, where in the list we are, and how many are coming on a daily basis.

Lucid has been very opaque in this. It is starting to get me quite concerned, as transparency is how to build a good relationship with a customer, not opaqueness. My connection to my senior level person in sales basically dried up last week when she pushed me back down to my DA. I asked the DA some more pointed questions, and got a reply with her jumping back in with a "We won't tell you anything else about the delay, the next time you will hear from me is when your car is ready".

These are the people that bought the car folks, I'm just the messenger.