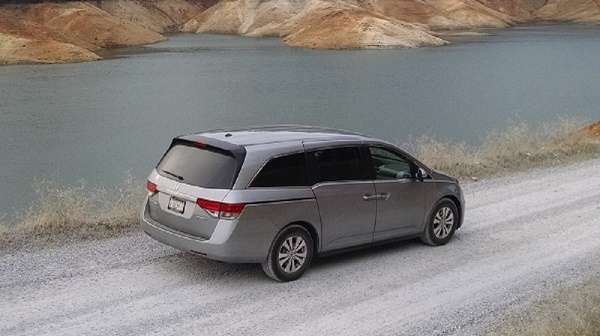 This may be the smallest Honda product recalls in memory. Is your vehicle on the list?
Advertisement

On Wednesday July 6, American Honda Motor Company commented on what may be the smallest, or one of the smallest product recalls in the maker’s history. Anyhow, you may be one of the 39 Acura MDX, Honda Odyssey minivan or Pilot SUV owners that are subject to the recall of a defective and possibly leaky fuel tank, nothing to fool around with.

According to Wednesday’s announcement, the problem results from a faulty or incomplete seam welding. And, according to Honda, in the presence of a spark, the leaking fuel could ignite. I’ll let your imagination take it from there. The possibility of the aforementioned occurrence is most unlikely. However, Honda is offering a free of charge fuel tank replacement for vehicle owners impacted. I’d take them up on it. We take our 2016 Honda Odyssey SE to Las Vegas.

39 vehicles will be recalled in the United States to replace the fuel tanks.

Insufficient welds on the fuel tank could lead to fuel leakage, which, in the presence of an ignition source may increase the risk of a fire.

No fires or injuries have been reported related to this issue.

American Honda will voluntarily recall a combined total of 39 Honda and Acura vehicles in the United States to replace the vehicle's’ fuel tanks, free of charge. Certain 2015-2016 Acura MDX, 2015-2016 Honda Odyssey and 2016 Honda Pilot vehicles will require free repair as a result of this action.

Manufacturing errors during the welding process used to manufacture the fuel tanks may have resulted in insufficient welds on the fuel tank components. Over time, the insufficient welds may separate and allow for fuel leakage. Fuel leakage in the presence of an ignition source may increase the risk of a fire. American Honda has received no reports of fires or injuries related to this condition.

Honda and Acura are announcing this recall to encourage each owner of an affected vehicle to take it to an authorized dealer as soon as they receive notification of this recall from Honda or Acura. Mailed notification to customers will begin in early-July 2016. The most up-to-date available consumer information about this action can also be obtained at www.recalls.honda.com and www.recalls.acura.com or by calling (888) 234-2138