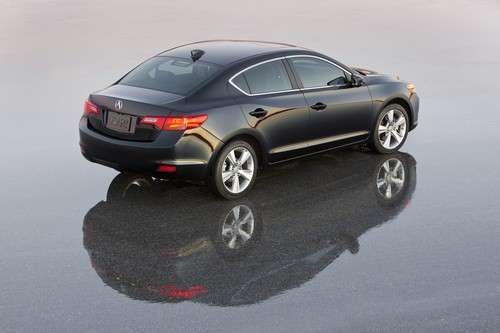 We know why Acura ILX Hybrid is discontinued for 2015

Looking to the price-point, size and specifications of the 2015 Acura ILX, we noticed something missing and we believe we know why.
Advertisement

Acura’s entry-level luxury sports-sedan sits on the edge of the Accord Hybrid price precipice. What we mean by that is that this Civic- sized sport sedan designed to compete with BMW, Mercedes C class and Volkswagen Passat has hit its pricing sweet point.

Our research indicates that there’s no $ wiggle-room in an under $30,000 Acura. And, the powers- to- be in the halls of Honda don’t wish to undermine the price-point and sales momentum of the best selling hybrid 4 door sedan in North America.

That would be bad business.

From what we’ve ascertained listening to Acura dealers, The ILX Hybrid was a very slow seller. When Acura pumped the price of the Hybrid specified ILX to the $40,000 dollar mark, would-be Acura owners took a closer look at the competition. In the case of the ILX, the Honda Accord Hybrid was a logical alternative to the small ILX entry. And frankly, most consumers in 2013 were not willing to spend the premium on this tiny Hybrid.

For 2015, Acura has dumped the ILX Hybrid and now offers 2 gasoline engine/transmission options and four trim packages. One economy( acceptable performance) and the other a 200 horsepower “S” type tire burner, with performance approaching that of the 2014 Civic Si in Acura dress.

Looking to the 2.0 Liter i-VTEC 5 speed automatic we discover a slightly sedated 150 horsepower ILX achieving near-hybrid fuel economy, for about the same price as a 2014 Accord EX-L. But there’s a measurable difference between the Acura ILX and the Accord; the ILX is closer in size to a Honda Civic but carries the status of an Acura. Apples and Oranges...

Bottom line: For those buyers wishing to transition into the world of Acura without refinancing the homestead, the Acura ILX may be the car for you. Its good looking and fun to drive. Seats 5 adults comfortably while exceeding a combined 35 mpg in the 2.0 liter trim. With a beginning price of $27,050, we consider the ILX to be a relative bargain in the world of premium entry-level sport sedans.

Priced $ thousands less than the 2014 Acura ILX Hybrid, we believe that the retuned and update 2015 ILX will be a winner. Acura will release the 2015 ILX on June 18 to a dealership near you.

We have a call into Acura and a test drive scheduled for early next week. look for the results here.