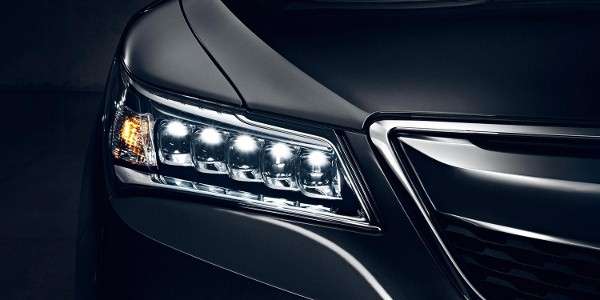 Coming off of a year of record sales and industry wide accolades, the 2015 Acura MDX goes on sale Tuesday as Acura’s best selling luxury SUV. We believe it to be an exceptional SUV value.
Advertisement

Bigger is not necessarily better and in few cases is that more evident than Acura's 2015 MDX. This midsize Acura SUV is a stellar example of exceptional form meets functionality. We’ve spun more than one article filled with expletives expounding on the attributes of Acura’s flagship.

The 2015 Acura MDX seats 7 adults in relative comfort, handles more like an Acura TLX performance sedan than a Chevrolet Suburban or Tahoe. This is Honda applied engineering in its highest form and functionality . It’s damn good looking, handles extremely well and is fuel efficient. While weighing in at 1500 lbs less than a comperably equiped Tahoe, this middleweight gets the jobe done on and off road in style and comfort.

No excuses for high fuel consumption or justification for price paid required here.

We love this engine and when coupled to Acura’s 6 speed automatic with sequential paddle shifters and optional Super Handling All Wheel Drive (SH-AWD) the Acura MDX actually exhibits some off-road capability.

You can take a look at MDX specifications here. With a MSRP of $42,565, we believe this Acura to be a true value in today's SUV segment. Scheduled to go on sale Tuesday, 06-03-2014, North America’s best selling premium Acura SUV comes to a dealership near you.

We fully expect the 2015 Acura MDX to be the best seller in its segment based on performance, high estimated resale value, Acura quality and customer loyalty. MDX and RDX carried Acura to new heights in 2014 and adds a bit more value for 2015 for a minimal premium. For those drivers wishing for car-like handling and quiet accommodations in an SUV platform, MDX is sure to please.