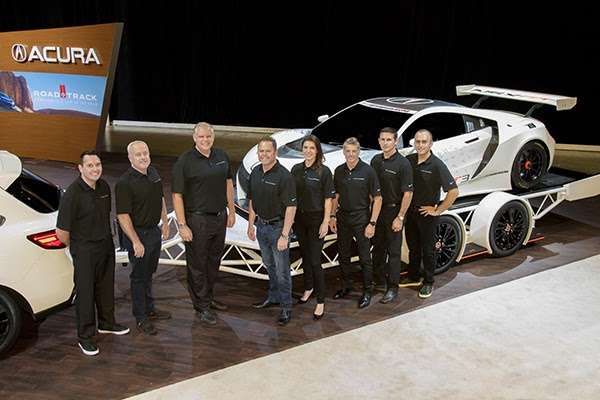 It’s good to see our racing friends return to the track in 2017, they’ve earned their seats. Who’s up?
Advertisement

Today marks the opening of the 50th Anniversary 2016 SEMA Show Las Vegas, the biggest aftermarket, performance car and light truck showcase in North America, if not the world. This year as announced earlier by Torque News and others, Acura is coming to SEMA in force.

Here’s the short story: As announced earlier by Acura, RealTime and Michael Shank Racing will campaign NSX GT-3 in Pirelli World Challenge and IMSA respectively. They’ve earned the right to drive what many believe to be the car to beat in 2017. I got my drive on in the NSX supercar here.

According to Art and Acura

"It was an arduous selection process, but we're extraordinarily pleased with the dynamic and experienced driver lineup which will launch our 2017 Acura Motorsports program with the new NSX GT3," said Art St. Cyr, president of Honda Performance Development. "We believe we've assembled a group of drivers who have the skill and experience to take the Acura NSX GT3 to Victory Circle, and who will proudly represent the performance DNA of the Acura brand for our many fans."

The drivers, along with team owners Michael Shank and Peter Cunningham and St. Cyr, will be available for a meet-and-greet from 12:30 – 1:30 p.m. Tuesday, November 1. The Acura display is located at booth 24877, in the Central Hall.