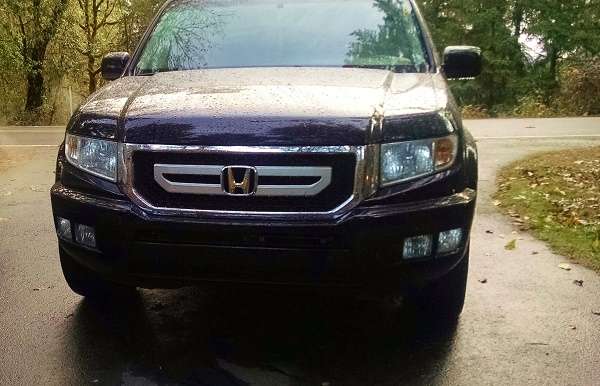 Photo of the week: 2009 Ridgeline Pickup on Dubbs

Shooting hundreds of auto photos per week is only one of the perks connected to automotive journalism. Sorting through them? daunting !
Advertisement

Readers and manufacturer’s reps alike often ask how publications like Torque News come up with a seemingly endless stream of article ideas. Admittedly, It’ a stretch at times. Passion for the subject helps, as does an ever changing subject matter. The automotive industry is ever evolving, a reflection if you will of the life and times we live in. As of this posting we sit at the edge of a new dawn in the development of near intuitive, mostly Autonomous, and most probably internal combustion extended electric vehicles. Honda is proudly dedicated to a goal of near zero emissions, and near zero auto accident related injury and fatalities.

For many makers, “function dictates form” as demonstrated through Acura NSX and other trailblazing performance hybrids, while consumers take pause as they contemplate their next long-term drive and ride purchase. Should I buy stand alone EV, or opt for a longer range gasoline/electric hybrid? It's been said by developers within the car world that more changes will take place within the next 6 year than in the past 60. In this 24/7 world of open access, cooperative codevelopment and unprecedented growth and development of alternative modes of propulsion and human conveyance, I don’t doubt it, do you?

We take a look at our favorite automotive Dinosaur of the week; 2009 Honda Ridgeline Pickup Eric tells us that Ridgeline is just a bit thirsty when it comes to fuel economy. And that is his only complaint as to Ridgeline ownership with 80,000 miles showing on the odometer. He likes the car-like Ridgeline ride, interior comfort and road handling. We’ve driven what Chef King fondly refers to as the “Black Stallion,” That it is, fast enough! Eric’s in the market for a new rig, and is holding on his purchase for the reveal of the next generation Ridgeline. Better hurry Honda, F150’s looking good to Erik.