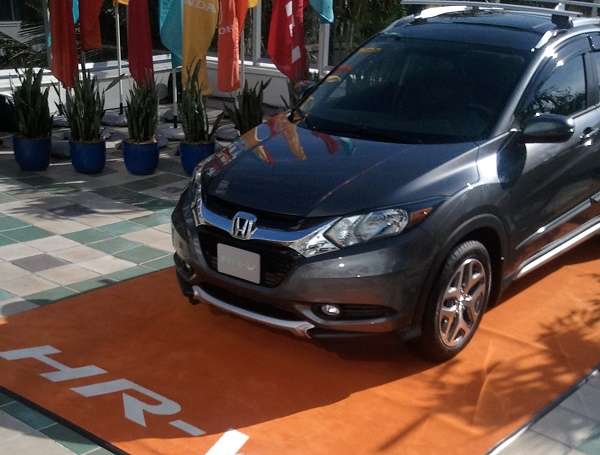 2016 Honda HR-V crossover shares the same Fit-world platform as its 5 door hatchback cousin. Outside of the all-wheel drive option, the mechanical differences between Fit and HR-V are negligible.

Yes, the engine choice, horsepower and torque output does vary to a slight degree. However, I believe that may change in the year ahead with the introduction of a built in Anna, Ohio Earth Dreams ™ gasoline engine for HR-V, Fit already sports one.

So, in the mean time I believe that what’s eroding Fit sales is the timely introduction of Honda’s first ‘next generation’ subcompact crossover. Initially, Honda stated that HR-V would not necessarily appeal to the same demographic, after experiencing HR-V under various drive and terrain conditions, I disagree. Don’t miss my latest Fit drive review here.

I’m a Fit fan, always have been, predicting that Fit would be positioned to take over the segment slot left vacant by the up-sized 9th generation Civic. While my slightly fanatic Civic fans would disagree with my assertion of Fit superiority in the subcompact division, the sales numbers tell the story. * 69.494 combined units sold year to date August 2015.

Granted the 2016 HR-V AWD LX is not as high tech-connected as the EX-L Fit, but does afford its buyer superior coupe-like exterior styling, and mild off-road, foul weather drive capability. We found 2016 Honda R-V to perform well under all drive and ride conditions.

The backstory here is that the all new world-platform built in Mexico Fit enjoyed its highest sales months on initial release and prior to the release of the HR-V crossover. Both offerings roll off of the same production line in Celaya Mexico, but with AHM predicting 100,000+ units sold in the first full production year for HR-V, we now see a month over month downtrend in North American Fit sales.

2015 Honda Fit recalled for possible ignition coil defect. Well, that won't help to bolster dropping Fit sales. Actually, looking to Honda dealer inventory, Fit sales may be down in August due to a rise in demand and a drop in transitional production, as HR-V comes on line in Mexico. Honda-Torque news will keep you posted as to any future Fit and HR-V developments.