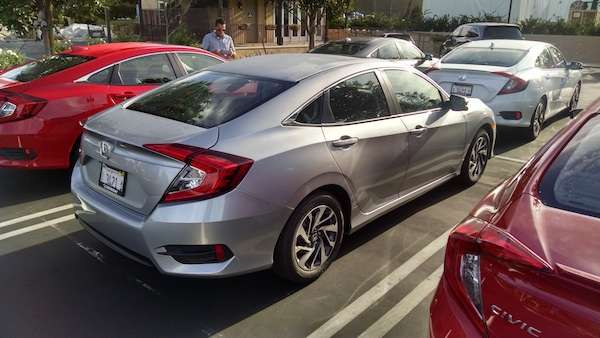 American Honda sets a new January sales benchmark spearheaded by the all new Civic. The numbers are staggering.
Advertisement

Coming off of an all-time sales record year in 2015, Honda kicked into the new year with yet another record sales month of staggering proportions. We knew that 2016 Civic Sedan would set the stride for the compact sedan segment. But what would follow in the first month of 2016 is a qualified mind blower -- in the ever changing automotive world, as well as a wake up call for Honda's competition.

That’s right, the all new 10th generation 2016 Civic Sedan just propelled American Honda Motor Company to an all time January sales record -- with a recorded increase in sales of 54.9%, over the same period last year.

Furthermore, Civic sales with a bit of help from the Fit subcompact platformed 2016 HR-V crossover, set a new sales benchmark for A.H.M.C. in the month of January, with 90,247 units sold -- in what is generally the worst month for car and truck sales in the auto industry.

We expect the trend to continue with the soon to be released 2016 Civic Coupe, a car the Honda calls the "most dynamic" in Civic history.

LG's New EV Battery Plant Is a Welcome News for Tesla
Tesla Giga Berlin's New Hurdle: It's Not Only the Gov't, but Now Tesla Itself
END_OF_DOCUMENT_TOKEN_TO_BE_REPLACED