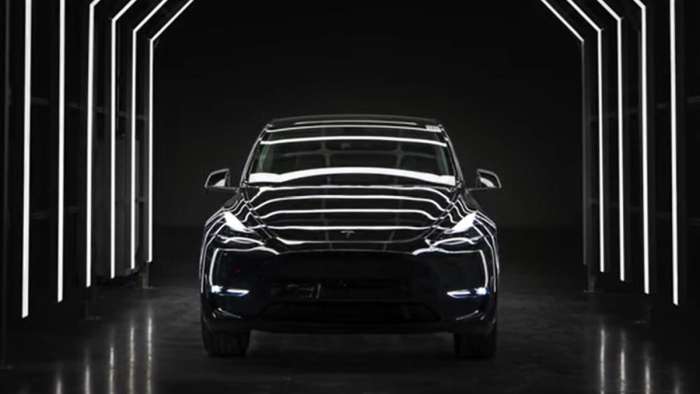 Tesla is beginning production of a standard range Model Y from Giga Texas. This vehicle is eventually going to have huge margins - as high as 35% or more, once Tesla reaches volume production.
Advertisement

There is some information we have about the standard range Model Y from Giga Texas and the price looks to be around $59,990, with the Model Y long range being $62,990. With such a similar price structure, it seems most people will opt for the long range model Y, unless that vehicle starts to increase in price.

However, let's look at the standard range Model Y and why it will have such a high margin and why Tesla may want to lower the price a little bit to make it a more attractive option for customers. The vehicle may have about 20% less range than the long range Model Y, however, it will have some advantages:

The standard range Model Y will be much more energy efficient - and it will charge much faster. It will be safer in a crash, handle better, have a better fit and finish, and have a battery pack that will last several times long as the 2170 based packs. You'll have all these hidden benefits and is that worth paying $3,000 more for 40 extra miles?

The cost of goods sold for the Giga Texas made Model Y will be lower than the previous standard range model Y's. When you have a front and rear casting with the 4680 batteries structural pack, you have major efficiencies and cost savings that aren't obvious right away, but are when you dive into the numbers.

The 4680 batteries are going to be a big part of ramping the standard range Model Y. Not only that, the Model Y will now be made from 4 giga factories around the world. This is impressive in what Tesla has been able to do in the last few years.

The margins may not get to amazing levels at first, however, once production is ramped up to volume production, and you have economies of scale with 4680 batteries, you should see the price of the standard range Model Y drop significantly.

Once this Model Y gets to a cost of goods sold of around $39,000, that would give it a 35% gross margin on the base Model Y with no options. We're going to see some seriously high margins as the next few years go by and I don't think anyone is aware of this.

It's all about economies of scale and reaching volume production. I don't think most companies working on EVs are thinking like this, but Tesla is. This is all pending the ramping of production of the 4680 batteries and Tesla is going to have to do a lot of work to get to this point. But the rewards and gain are going to be astounding once done.

Will Tesla lower the price of the Giga Texas made standard range Model Y? Will Tesla really get a much higher margin with this vehicle?