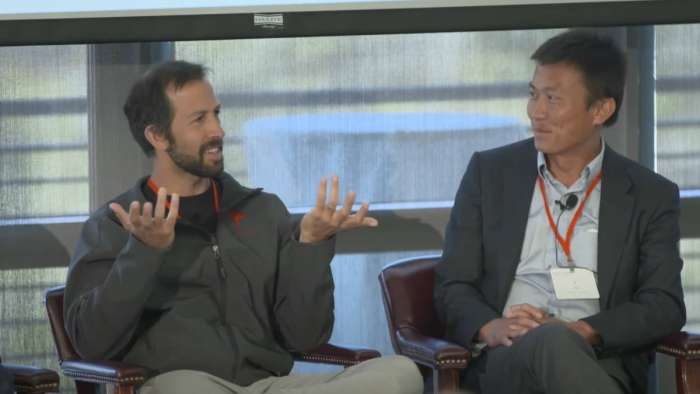 Tesla is set to grow 50% every year, but there is one thing that may be a challenge for them to maintain this growth. It will require Tesla to either partner with other companies, or form their own teams from within Tesla.
Advertisement

Battery materials and battery supply chain are Tesla's biggest challenge. The exponential growth curve is becoming very painful now, according to Drew Baglino, VP of PowerTrain at Tesla. Will Tesla be able to overcome this big challenge and will other auto makers survive?

Of all the companies trying to produce EVs (electric vehicles), battery storage, and energy storage, in the world, have been able to endure the most hardship, and have also had the most foresight in order to prepare for the future by making deals and preparing? The answer is Tesla.

Getting Materials Out of the Ground

Drew talks about how important it is to get the raw materials right out of the ground and how this is very important. A lot of earth is going to need to be dug into and moved in order to get to the global rate of 300 tWh per year of battery production.

Tesla is an innovative company and will solve whatever problem they need to in order to reach this goal. One of the biggest problems is moving the earth and dirt required to get way more raw materials than they have right now. So what will Tesla do?

Tesla will either partner with other mining companies, or there will be technology crossover with The Boring company and synergy with Tesla in order to develop teams in house that can do the digging and the moving of the earth that is required to reach this high level of battery production.

What about other auto makers? They are going to have to reach a high level of battery production as well. If other auto makers aren't talking about the raw materials needed for batteries in order to reach volume production, then I would be very skeptical of that auto company.

I wouldn't be surprised to hear Tesla announce partnerships with mining companies, or to see that they are doing mining in-house. They are going to need to do one or both of these in order to continue to succeed and win the decade.

Battery companies haven't been innovating fast enough and Tesla has also been producing their own - the 4680 batteries, for example, in order to stay on track for 50% growth each year.

Will Tesla partner with any mining companies? Will Tesla make their own teams to do mining?

Jim Schillinger wrote on June 22, 2022 - 8:32pm Permalink
Nice article and I share Warren's views, I just am not sure if it was clear how long of a time frame was implied about the 6M figure. I think that will be at the absolute earliest in 2025, but more likely in 2026, and only if everything goes Tesla's way by executing well.