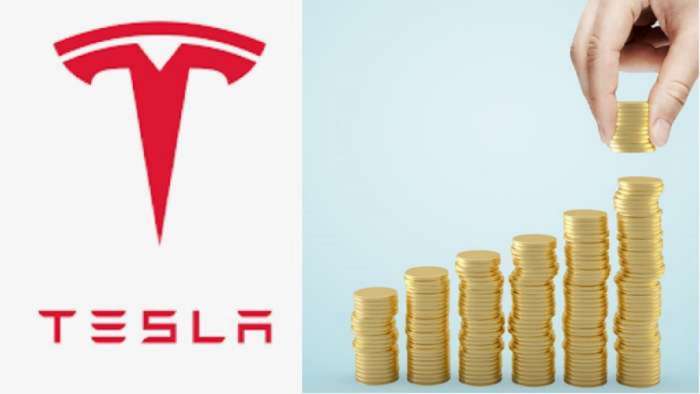 Tesla will report on their Q4, 2021 earnings after the closing bell on Wednesday, January 26, 2022. Let's take a look at what we think Tesla will report and how it will impact the stock price.
Advertisement

Tesla will have their earnings call after the closing bell on Wednesday, January 26, 2022. What can we expect from this earnings call? Tesla's stock has gone as high as $1,230, but has cooled off since reporting record deliveries. What will Tesla report in their Q4, 2021 numbers and what does it mean for the stock? We'll discuss that now.

Tesla has a long list of catalysts for 2022 and the Q4, 2021 earnings reports is just the first of those catalysts. There are others:

Each of these is a key catalyst. With the Cybertruck release this year, we're going to see the best vehicle of all-time in my opinion enter the streets of the U.S.

We also know that Tesla continues to improve its manufacturing. Tesla's biggest advantage is manufacturing, according to Elon Musk. This advantage will continue to improve Tesla's margins. In fact, I think we'll see Q4, 2021 be Tesla's highest gross margin quarter ever.

The total number of vehicles Tesla is delivering is increasing, which will increase overall revenue and profit margin.

What Will the Earnings Numbers Be?

Let's put it all together now and create a line item list of what we believe Tesla will achieve in its Q4, 2021 earnings call. This is in a format that will match exactly what Tesla will report in their investor slideshow:

How did we come to these numbers? We took the positive catalysts and did a percentage increase from Q3, 2021. We also know that regulatory credits will decline over time and are accounting for that.

One thing we may be missing is a tax-deferred loss that Tesla decides to realize. If this happens, E.P.S. Non-GAAP will be more than what we've estimated.

Something To Ponder For the Future

We think Tesla stock will continue to go up in value so long as it keeps having record quarters and the P/E ratio continues to decline. Now, here's something to ponder for the future.

It is the year 2031, just 10 years from now. Here's how the numbers turn out at a 60% growth rate, which is less than what Tesla is growing today and without FSD wide release, Tesla Bot, and Tesla energy being widely used.

You read that correctly. If Tesla continues to grow at less than the current rate they are with revenue and earnings, which shows no sign of slowing down, the stock price in December of 2031 could be around $51,448 per share.

This sounds crazy until you realize that Tesla plans to blanket the world with robotaxis and solar panels, have battery storage everywhere, and solve labor with Tesla bot. Then it sounds like it could be an underestimate.

What do you think about Tesla's upcoming Q4, 2021 earnings call? Will they beat expectations? Are there any surprises we may have missed?

Shawn Wade wrote on January 11, 2022 - 11:19am Permalink
You paint a rose picture were this stock price can be in 10 yeas. I just can not understand how some investment experts are saying the stock is way over priced now based on this company being priced at more than all the 10 bigger car dealers combined ? They are saying its going to drop to 500 per share with all the competition coming out now ? Please explain this in an article please ?
Jeremy Johnson wrote on January 11, 2022 - 3:15pm Permalink
Sure, I'll write about this and share both sides of the story and my own conclusion.