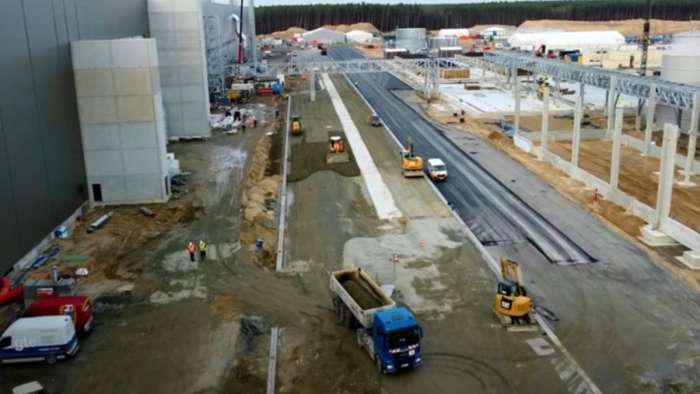 Giga Berlin May Be Approved With Special Conditions

The latest news in the saga of Giga Berlin being opened for production is that when Giga Berlin opens, there may be special conditions. We'll go over what these might be and see if it will cause problems for Tesla.
Advertisement

Tesla Giga Berlin May Have Conditions As Approval Nears

In Brandenburg, the location where Tesla's Giga Berlin factory is located, there is a green light for Tesla Giga Berlin's final permit and that is expected soon. The approval is going to happen very soon, according to Brandenburg's Prime Minister Dietmar Woidke.

Conservationists fear Tesla Giga Berlin's negative consequences for the environment and drinking water. When you think about delays with Giga Berlin, it's outside groups, like conservationists, that are trying to hold things up. A positive forecast could mean evidence that Tesla won't cause any environmental problems with its vehicle and battery production.

Tesla had denied the concerns that there is an environmental impact and negative consequences to the drinking water. The environmental association Green League Brandenburg sees several questions unresolved. The classification of the waste according to the Waste Catalog Ordinance and the Hazardous Incident Ordinance does not seem to have been conclusively clarified, said state manager Michael Ganschow.

My thoughts on that are how can you determine that? Tesla has produced 2 million electric vehicles to date and are the batteries used in them causing toxic waste to build up in Fremont and Giga Shanghai? I haven't heard any of these concerns from Giga Texas either...

In addition to unanswered questions about the seepage of rainwater, an illegal use permit under water law could also mean that the water supply for Tesla is not secured. Proceedings are pending before the Frankfurt (Oder) administrative court. In addition, the insufficient protection of species and the transport links are also criticized.

These are a lot of environmental concerns. It will be interesting to see what conditions get placed, if any, on Giga Berlin from these environmental and conservationist groups. It seems like there's going to be never ending resistance from groups toward Giga Berlin... Stay tuned for more updates as Giga Berlin production is set to happen any week now.

I'm starting to wonder if Tesla will face perpetual pressure and concerns from outside groups for Giga Berlin. I wonder if Elon Musk saw this coming when he initially started building Giga Berlin. If he did, he must have thought that the location of this factory was far more important than the resistance it would get to opening.