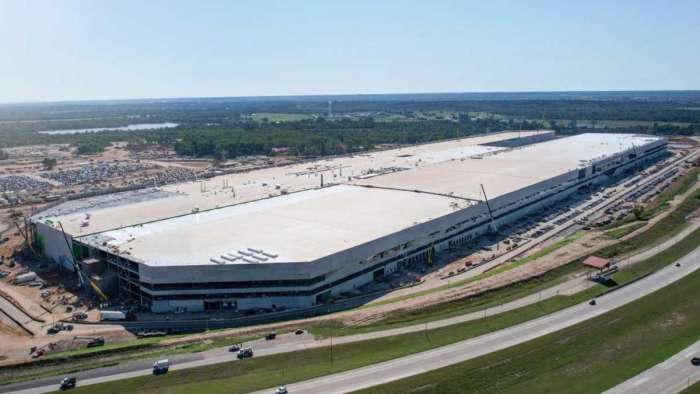 There is a recent Tweet and news that a huge announcement is expected from Elon Musk about Giga Texas. What is this announcement? We have a few theories of what it could be that we'll discuss.
Advertisement

Whenever someone Tweets that Elon Musk is going to say something important, you have to be a little skeptical at first. However, in this case, I believe there is reason for there to be an announcement from Elon Musk about Giga Texas.

The Twitter user, Wheelieman, has said that Elon Musk is going to give us a huge announcement about Giga Texas by the end of the week. One might wonder what that is, so here's a few theories to tide you over while we wait for an announcement from Elon Musk.

What Will Elon Musk Announce?

Production is Going to Start

When Giga Berlin was getting close to completion, Elon Musk held a factory tour of the factory to showcase the improvements and how the factory would operate. It was a nice tour to see and Giga Berlin is more advanced than Fremont and Giga Shanghai.

Elon is likely to do something similar with Giga Texas. In fact, Elon has suggested holding a big celebration to kickoff the beginning of production at Giga Texas.

I think this is the most likely option, Elon tells us production is getting started and that there will be a big party to celebrate.

I think we may also hear that the Cybertruck is going to begin production much sooner than anticipated, in order to stay ahead of Ford and Rivian, with their trucks that are already in production, or going to be produced very soon.

The "Model 2" Compact Car and Another Factory Announced

Elon Musk, never one to shy from taking on hard tasks may announce the compact Tesla this week or do it during the Giga Texas celebration. I think Tesla could announce a new factory that would be dedicated to producing this compact vehicle. Tesla may even announce a factory in North America AND in Asia for this.

The Tesla Model 2 - or whatever it ends up being called will truly be the end of all other EVs and ICE vehicles - especially if the price point is around $25,000.

BREAKING: My sources have told me we can expect HUGE announcement by end of week from @elonmusk regarding #GigaTexas $TSLA pic.twitter.com/ahOm7lCgif

DeanMcManis wrote on January 4, 2022 - 2:01am Permalink
The BIG Giga Texas opening party is a foregone conclusion! But I think that the additional news could be the Giga Texas Model Y having 4680 batteries, and the Cybertruck starting production there later this year. Plus Elon could show off a production Tesla Semi. I think that there will be a lower cost ($25K), smaller new Tesla EV, but I think that it will be only for the European and Asian market, and it probably will be built in China, later this year.