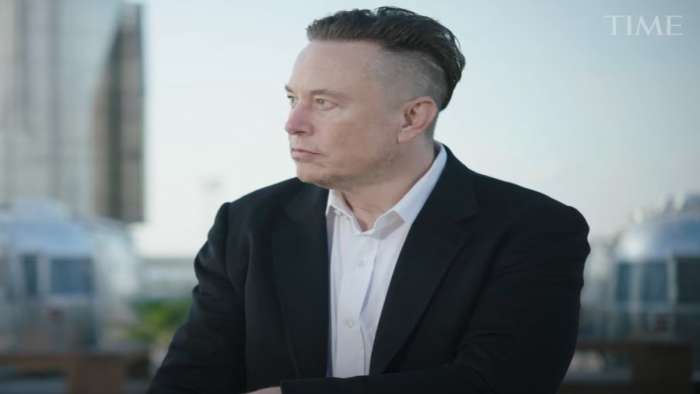 Elon Musk Earns Person of the Year Honors From Time

Elon Musk was just named person of the year by Time magazine. They wrote a very long article about him. Let's see what the highlights of this are.
Advertisement

At just over 50 years old, Elon Musk has sold all of his homes, except a tiny home that he lives in, cuts his own hair, and invested all the money from the sale of PayPal into Tesla and SpaceX, two companies he believes in highly. He's faced failure many times and always been able to overcome it and come out on top.

Recently, he was interviewed by Time magazine and others have shared thoughts about him. Let's see what they asked him and how Elon responded (I'll paraphrase questions and answers), along with what others had to say.

Time: Which Living Person Do You Most Admire?
Elon: I admire any living person in any industry who is making a positive contribution to the rest of humanity.

Molly Ball talked about Elon Musk and said it's really hard to escape Elon Musk's dominance over so many things in American life. SpaceX is dominating space, Tesla is dominating the electric car market, and he makes jokes on Twitter and has the ability to affect stocks and cryptocurrency values with single Tweets. This was the year that he came into his own.

Jeffrey Kluger says Elon's goal is to make humanity a multi-planetary species. SpaceX has stepped in like no other private company before it around the world to bring people into orbit.

John Simons says that Elon's wealth is largely tied up into Tesla. Tesla is one of the most valuable companies in the country. Its market value is more than 1 trillion dollars.

Time: Tesla has dragged many other auto makers into the electric vehicle market. Do other auto makers like Rivian and Lucid pose a threat to Tesla's dominance?
Elon: If somebody makes better cars than us that is totally fine. Our goal was to serve as an example to the car industry so others would help accelerate the transition to sustainable energy. I'm confident Tesla will do well and hope other companies will do well too.

Molly Ball has talked about federal investigations into Tesla's auto pilot software. She says that the car does not drive the car for you. She has expressed that others have doubts that the technology can drive itself.

Time: Are Tesla cars safe and should I feel comfortable having a Tesla drive me where I want to go?
Elon: The statistics show far more accidents off auto pilot than with auto pilot. To get to the point where full self-driving doesn't require paying attention, we still have a ways to go. At the point that FSD is way better than any human driver, then it makes sense to have the car drive you.

John Simons and Molly Ball talked about income and wealth inequality. Should any human being be worth $300 billion dollars?

Elon talked about politicians who push for higher government involvement in assets of wealthy people. Resources shouldn't be in control of private individuals but instead of the government. Those politicians want control over the money instead. Elon Musk says that Warren Buffet does a boring job, but he is skilled at it and its good for the economy.

John Simons and Molly Ball talked about Elon Musk Tweeting and the fun he has on Twitter and the ripple effect his Tweets can have. Should any one man have the power to move markets with a Tweet.

Elon says that is accurate and that he Tweets for fun. Elon doesn't think about brand optimization and that he creates self inflicted wounds sometimes. He once said, "take the red pill". It was just referring to the movie, The Matrix, and to accept reality for what it is. Markets will move how they will move. Elon thinks his Tweets are no different than any other factors that move prices of assets.

Time: You have downplayed Covid-19. Tell me about that.
Elon: Other car factories stopped and restarted. California said manufacturing can restart. It was decided that Tesla could not restart by Alameda County specifically. I chose to restart production and face the consequences.

Time: Elon is an influential person in the cryptocurrency world.
Elon: My understanding of the financial world is greater than most people. Bitcoin is a great store of value, but fundamentally it is not a good substitute for currency. Dogecoin is better suited for transactions. You can do a much greater transaction flow with Dogecoin and it's way higher than Bitcoin. Dogecoin is slightly inflationary and it's a fixed number every year.

What do you think about this interview with Elon Musk? Should he have been named Time's person of the year for 2021?