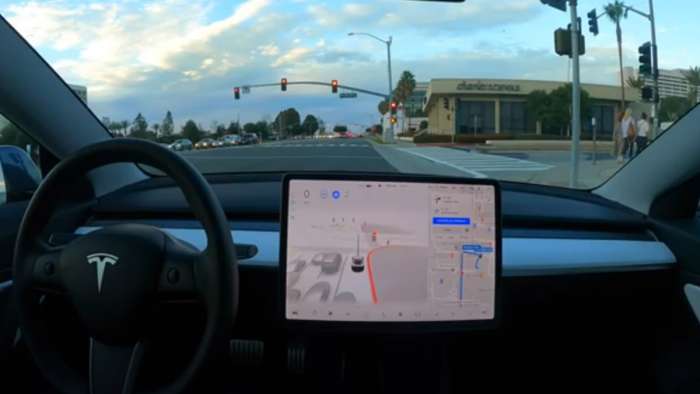 Tesla FSD (full self-driving) is now released and there are numerous improvements over version 10.4. We can see videos of it with 0 disengagements over and over. This is very good news.
Advertisement

Tesla FSD 10.5 is now live and being released to purchasers of Tesla's full self-driving package. Let's take a look at the patch notes and improvements.

There are 12 items here. On a side note, Tesla did not put a dash on their patch notes for the ninth item here (but I did). There are twelve items, and the ninth one doesn't have a - like the others. Does that mean something is going to happen on 12/9? There are rumors of a stock split or the announcement of production at Giga Berlin and Giga Texas. We'll have to wait and see!

When I see the patch notes, I notice a focus on auto labeling and using more videos. Tesla is the king when it comes to data with over 2 million vehicles on the road. I don't see anyone reaching autonomous robotaxis that are widespread before Tesla.

These are the improvements I see in FSD 10.5:

You can see that the car is much better at executing these unprotected left hand turns!

There was a drive from Dr. Know-it-all Knows it all, who also had a drive with 0 disengagements. A disengagement is when the driver has to take over and manually drive the car because FSD was going to do something it shouldn't. The car got off to a slow start, but was able to navigate through some traffic and get going.

Dirty Tesla is another YouTube user who is famous for his videos on FSD. He had a really good drive with 10.5 and you can see that here. My favorite part is 6 minutes and 49 seconds when the vehicle has to navigate a REALLY tight section of rode with cones in the middle of it. There's still room for improvement, but the car did well and the software is more refined.

I'll end with this video from Whole Mars Catalog, who has many videos posted of FSD. He had over an hour of driving with zero disengagements.

As we can see, FSD 10.5 is progressing well. I think we are still a year or more out from having our first robotaxis, but it's amazing to see the incremental progress over time. That is the only way this can work is for Tesla to slowly release it to users, gather more and more data, and train its neural net more and more.

Lastly, the lines in the FSD visualization screen have a lot less flickering - they are pretty solid and stable.

What are you impressions of FSD 10.5? Is it an improvement over 10.4? How close are we to robotaxis?

pongajim wrote on November 28, 2021 - 12:28am Permalink
The FSD can not see far enough ahead to make good decisions.

LG's New EV Battery Plant Is a Welcome News for Tesla
Tesla Giga Berlin's New Hurdle: It's Not Only the Gov't, but Now Tesla Itself
END_OF_DOCUMENT_TOKEN_TO_BE_REPLACED