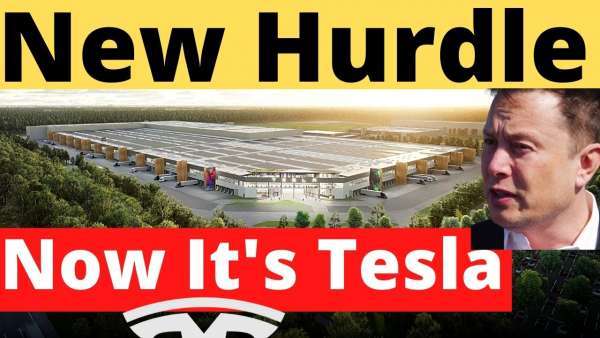 Tesla Giga Berlin's New Hurdle: It's Not Only the Gov't, but Now Tesla Itself

The so-called public participation ends. Only then can Giga Berlin be approved.

Interest has recently decreased: only eight new statements have been received by the authorities in the past three weeks. Ulrich Stock from the responsible state environmental agency told the rbb on Monday. Public participation in the Tesla approval process ends at midnight - and the final operating license for the factory is getting closer.

Because Tesla kept revising its Giga Berlin plans, the construction plans had to be publicly displayed a total of three times since January 2020 . Subsequently, objections were received each time - a total of 811 citizens and associations. The authorities published replies to these objections on the Internet in the summer of 2021, to which the objectors were then able to react again. Because of a possible formal error, the State Environment Agency had this last step repeated. The objectors therefore had until Monday to reply. Eight of them did so by noon.

The start of the Model Y mass production at Tesla Giga Berlin in 2021 is increasingly unrealistic, reports Philip Barnstorf at RBB 24.

If Tesla does not reschedule Giga Berlin's again, the public participation in the approval process of the Tesla factory is over. However, there are still obstacles ahead of the final operating license, because Tesla has not yet submitted all the necessary documents to the authorities. "This involves issues relating to pollution control and water law," explains Ulrich Stock from the State Environment Agency.

After the start of production at Giga Berlin had been postponed several times due to the many rescheduling, Tesla's CEO Elon Musk had emphasized in recent months that the factory should produce the first Model Y EVs this year. This date is now rather unrealistic. "Even if I wanted to, I couldn't say a time when the final decision would be made," Ulrich Stock told RBB.

The fact that Tesla is lagging behind the extremely ambitious schedules it has set itself is nothing special for the now-Texan company. But even with the start of Giga Berlin's operations at the beginning of 2022, the factory construction would still be very quick by German standards, condlues Barnstorf at RBB 24.

LG's New EV Battery Plant Is a Welcome News for Tesla
Tesla Giga Berlin's New Hurdle: It's Not Only the Gov't, but Now Tesla Itself
END_OF_DOCUMENT_TOKEN_TO_BE_REPLACED