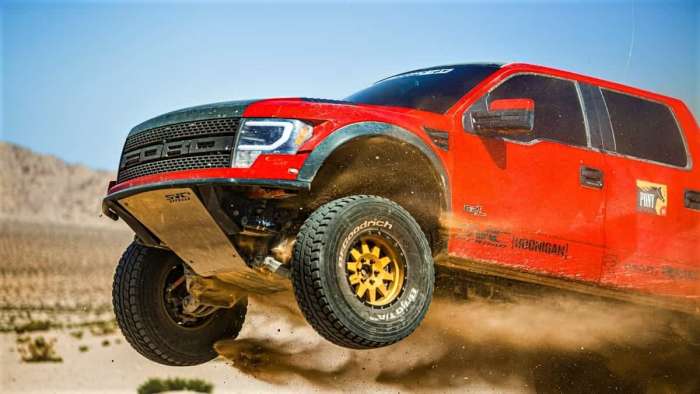 Here’s a new video that will help car owners understand correctly what “Limp Mode” really means. Plus, learn how to DIY diagnose your Ford F-150 or other vehicle’s brake system when your vehicle's braking symptoms are telling you it's about to become a death trap.
Advertisement

One of the more humorous things you will hear from a mechanic is when he or she repeats what the customer said to them as they dropped off their car for repair. For example, things like:

• “My car’s steering wheel is possessed.”
• “It sounds like I’m running over a dolphin whenever I make a turn.”
• “I think the car engine is defective because no matter how much oil I put in the engine it just gets worse.”
• “My car has no oomph to it anymore.”
• “My friends told me that my car needs a new flux capacitor, but AutoZone doesn’t carry them anymore.”
• “I don’t need a diagnosis, just put this part in and bill me only for the labor.”

Okay, all of this is mostly understandable. Mechanics don’t really expect you to know exactly what the problem with your car really is, but they want some idea from you so as to know where to start without having to take your car for a test drive and try to figure out what you want and need.

A recent Rainman Ray’s Repairs video on YouTube provides a good example of this when a customer thinks he is helping the mechanic by using a phrase they’ve heard somewhere regarding cars, but in fact are misusing an automotive repair phrase because they think it is descriptive of their vehicle’s problem.

In this case, the customer drops off his Ford F-150 saying that it is in “limp mode” because every time he stops the truck and then pushes the accelerator to go, his truck pauses and feels like it is limping once it begins to move.

Quite simply “Limp Mode” is a built-in safety feature to help prevent car owners from ignoring a problem with their vehicle, but still be able get their car or truck to a mechanic---typically driving under reduced power and performance.

Limp mode is initiated and controlled by the transmission control unit (TCU) or engine control unit (ECU) when a sensor on your vehicle detects something is amiss within your powertrain components and/or engine.

Why you will experience reduced engine power is because the ECU is actively restricting or altering your engine’s max speed, ignition timing, and valve timing. Either the ECU or TCU may also take control of your transmission and prevent gear changing in a manner that keeps your RPMs low, which to the driver appears as if the vehicle is stuck in one gear.

If this occurs, you should see a flashing check engine warning light further letting you know that something is wrong and needs to be taken care of as soon as possible.

Should You Panic with Limp Mode?

Should you panic if you suspect or are convinced your vehicle is in limp mode? In short---no. However, it should make you concerned enough to not try to ignore the problem as an inconvenience to take care of later.

Causes of a car going into Limp Mode include (but not limited to and depending on the car model):

Now that you have a good idea of what being in “Limp Mode” really means, here is an informative example of where a vehicle was brought in with the customer believing their vehicle was in limp mode, but actually had a developing brake problem that was serious.

The value of the video is that it also demonstrates what to look for and how you can go about diagnosing a potential braking problem with your vehicle before going to a garage for repairs.

If your car is in Limp Mode, before seeing a mechanic you might want to check out these articles about car repair scams in the garage titled “Car Repair Scam Outed by Mechanic is a Lesson to Car Owners” and “Why Ford Customers Don’t Trust Ford Dealerships to Fix Their Cars.”

COMING UP NEXT: Quick 5 Minutes of Diagnosing a Used American Car with a German Engine That Won’t Start