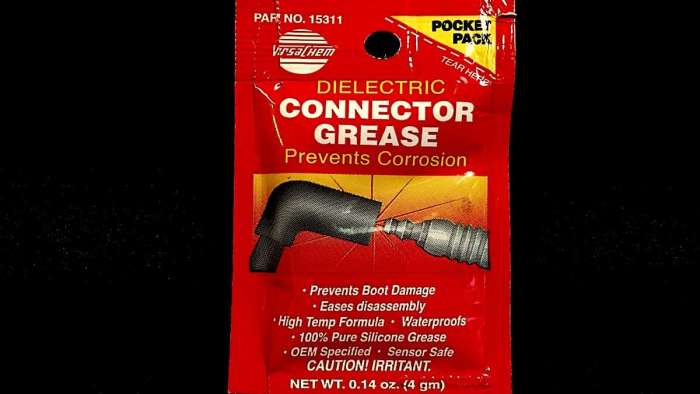 Have you ever had new spark plugs installed by a service center or perhaps even did it yourself, only to discover something was not quite right with how your engine ran afterward? Here’s a Toyota Maintenance warning concerning your spark plugs that many people make.
Advertisement

Engine problems can be due to numerous causes. However, when diagnosing what the problem is, it pays to start with causes that make sense, are relatively simple, and can be checked before going to a mechanic or service center.

One common problem with spark plugs is when one or more have become fouled with gas, oil, and/or carbon deposits which interfere with the spark from the spark plug electrodes that ignites the vaporized fuel in a cylinder.

Symptoms of a bad spark plug problem can include:

And, because spark plus appear to be a simple car maintenance service, many will buy a new set of plugs and replace them to see if that takes care of the problem; or, let a technician at a service center change the plugs just because he recommended it for your car.

However, even if you or someone else removes the spark plugs and finds that they are relatively clean and not the likely cause of a rough engine problem, you or the service tech may have just compounded your vehicle's woes. And here’s how.

Possibly the two most common mistakes made with handling sparkplugs---aside from installing the wrong type for your engine---is damaging the spark plug cables by pulling on them; and, misapplying dielectric connector grease to your plugs.

Mistake #1: Pulling on spark plug cables is no different than pulling on any electrical cord---you should always pull only by the plug portion or you risk breaking the connection between the internal wire(s) and the metal connector. Even though the plug cable looks ok, there can actually be an open circuit or partially-closed connection that is positional and works off and on.

The good thing with spark plug wires is that when broken, the boot typically separates completely from the wire making the damage obvious. However, I have seen weakened connections between the boot and the cable that was still intact and functional, but barely.

To avoid this problem, it is highly recommended to invest in the proper pliers designed for grasping a spark plug wire by its rubber boot.

Dielectric grease is a silicone-based grease that repels moisture and protects electrical connections against corrosion. It does not conduct electricity easily and acts more like a resistor. However, put a high enough charge through it---such as from a spark plug—and it will allow some current to flow through; albeit at a much reduced force.

The mistake car owners and some service techs (who should know better) make, is applying the grease directly on the spark plug nipple or squeezing an inordinate amount of grease inside the spark plug wire boot before sliding the boot over the nipple. In either case, that non-conductive grease can coat the metal connection between the nipple and the plug wire connectors and significantly reduce current flow and cause spark plug firing problems resulting in a rough running engine.

For a proper demonstration of these two mistakes, here is an informative Toyota Maintenance YouTube channel video that helps illustrate the above.

Tips and Tricks for Toyota Owners

A Special Addendum to the Video

While the video may appear to advocate and show applying dielectric connector grease improperly, I felt that the mechanic just was not as exceptionally clear on this point and that it made it look like he applies the grease to the spark plug nipple---when he actually does not.

The proper way to apply dielectric connector grease it to apply just a small bit of the grease to the end of the rubber boot on a spark plug wire and spread it around carefully so as to just cover the inside of the boot lip.

The reason for using dielectric connector grease is that it will prevent high voltage electricity from traveling inside the boot and “leaking” out into the engine block, as well as prevent moisture from entering the boot and causing corrosion of the electrical connection between the spark plug nipple and the metal wire connector inside the boot. The grease has an added benefit of making it slightly easier to slide the boot over the ceramic insulator of the spark plug as well when connecting and removing the plug wires.

For more about current car news involving many makes and models, be sure to bookmark our site and stay updated on the latest information for car enthusiasts and those interested in car maintenance, repair and care.

Raj wrote on August 19, 2021 - 10:31am Permalink
Great article. I recently changed the plugs on my Avalon hybrid and while I don’t think I damaged the wires, I might have put the dielectric grease on the white part of the spark plug. It seems to be running fine though… do you suggest I redo it?
Timothy Boyer wrote on August 19, 2021 - 12:49pm Permalink
I'm a big believer in "If it ain't broke---don't fix it," especially when it comes to car engines. If it runs fine, then you are ok. The white part is the ceramic body that the boot covers. Dielectric grease is intended to be on the white part to seal the plug from moisture and dirt. It's the metal tip of the spark plug that makes electrical contact with the plug wire and so it should not have any grease on it. Just make a note to yourself to recheck it the next time you ever have to take the spark plug wires off and/or find some symptom possibly related to the plugs as a potential cause later on. Thanks for asking.
Raj wrote on August 19, 2021 - 1:50pm Permalink
Thanks Timothy for the useful tidbits. “If it ain’t broke don’t fix” especially applies to Toyota hybrids… because they’re rarely broken!
Timothy Boyer wrote on August 19, 2021 - 4:48pm Permalink
You are most welcome.
Bekim wrote on August 28, 2021 - 10:10pm Permalink
Toyota service is to expensive they will charge you 700$ easy for this service...any thing you do in Toyota service please make pic on your parts and car they may charge for something they never didn't touch...
Timothy Boyer wrote on August 29, 2021 - 11:28am Permalink
Thanks for the warning. Always get an estimate before agreeing to any repair or service.