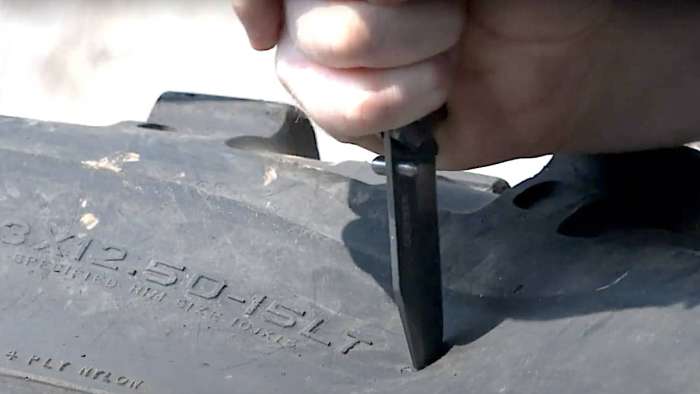 Here’s a video recently released of a strange crime involving Subaru vehicles. Police are asking for help in identifying a suspect.
Advertisement

It is not unusual to hear news about Tesla’s being targeted by vandals who just really do not like Tesla, Elon Musk and EVs. In fact, there have been several cases where thanks to Tesla’s surround camera system, law breakers have been caught on camera either damaging a Tesla, perpetrating a hate crime, and even catching someone in the act of a BB gun shooting on the highway.

Destined to become dubbed as the work of the “Subaru Slasher,” news and a video recently posted in Richmond, Virginia have police asking for help from the public in identifying a man caught on a doorbell surveillance camera slashing the tire of a Subaru vehicle parked in the streets of Church Hill.

According to the Richmond Police Department, the man wore black gloves, a cap and eyeglasses and is believed to be the perpetrator of at least a dozen senseless Subaru stabbings sometime between this past Saturday night and Sunday morning.

Here is the video released:

If you have any strange car stories to share, please let us know about it in the comments section below.

COMING UP NEXT: Changing your Ford Escort's PTU fluid every 30,000 miles.