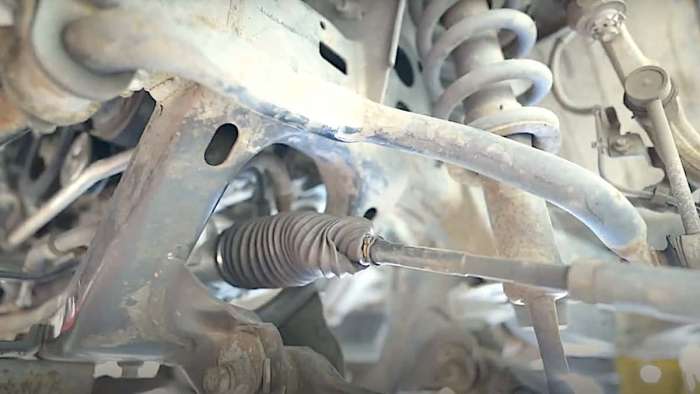 You’ve just had your vehicle’s front end aligned and are happy to see that your car now stays straight on the road---a common problem solved. Right? Perhaps. However, that alignment service just might result in an unnecessary and expensive repair a few months down the road. Here’s an example of a front end wheel alignment fail car owners need to look for after alignment service is done.
Advertisement

Previously, we’ve discussed the importance of inspecting a used car before buying one. And, how that sometimes after having a repair done, it pays to have a second opinion after---if not before---a repair or service to ensure that the correct repair was done and was done correctly.

Today we are going to discuss the importance of doing your own inspection after a service is provided with one example of what happened after a front end alignment service fail that might have been easily avoided had the customer taken the time to do a quick visual inspection of this common car maintenance service.

Background of the Alignment Fail Example

Proper front end alignment is necessary not only for proper care of your tires, but also to ensure that your car handles correctly while on the road---especially at high speeds where if something does go wrong with the front end, it could easily cascade into a fatal accident.

In the Toyota Maintenance YouTube Video below, we have a 2007 Toyota Tacoma brought in for servicing after one owner discovered a problem just a few thousand miles after having his front end aligned.

According to the video, the owner was a DIY type who needed to replace his front end rack and pinion system. Wanting to save money, he did the job himself using a remanufactured rack and pinion assembly---presumably from a chain auto parts store. After the installation, he then went to a service center to have the front end re-aligned, which is the correct thing to have done professionally with specialized equipment to ensure the new assembly is aligned correctly. A few months later, the vehicle owner found that the new rubber boots covering the joints in the new assembly were severely torn.

As Peter inspects the vehicle he determines that the owner had done the front end assembly installation job correctly, but that the boots protecting the joints were unusually soft, severely twisted, and torn long before their expected lifespan was reached. In other words the new boots were useless for protecting the joints from dirt and water contamination that would eventually prematurely shorten the life of the new assembly.

The problem was likely multifactorial:

• The boots were of inferior quality

• The service tech who did the alignment twisted the boots during the alignment. Apparently, he did not bother to loosen the fasteners to the boots before cranking the adjustments to avoid twisting the boots. Go figure.

The point of this article was to add another tool to your inspection belt when it comes to either inspecting a car after a service was performed or inspecting a used car before buying one while assessing its value. Deciding on whether a service you are willing to pay someone to do is worth your hard-earned money is not a decision to take lightly; and, must be backed up by being proactive with all of your car repairs and maintenance. In other words---check what was done.

For additional car maintenance and repair articles, be sure to check out the following related articles about “Signs of Hidden Damage That a Used Car Was In a Collision” and “How to Find Hidden Problems in a Used Car.”