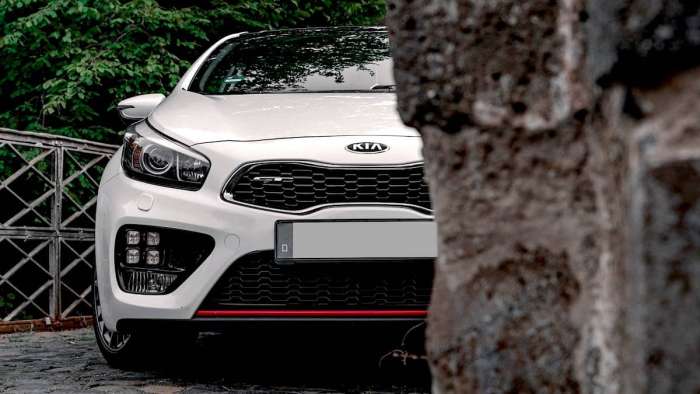 How do you know whether a used car was ever in a collision? Turns out that there are some easy signs of hidden damage that should be part of your car inspecting process that you can do yourself in less than a minute.
Advertisement

If you are shopping around for a used car, the chances are pretty good that at least some of the models you will be looking at have been in a front or rear end accident to some degree. And by degree, I mean that it could have been an accident that ranges from a light bumper-to-bumper tap that does not appear to affect the vehicle’s operation, to a significant impact that required some immediate repair.

Unfortunately, repairs too often wind up being quick-fix cosmetics that can hide the fact that the car has a collision history that the seller would rather not share while selling his or her used car due to it would seriously lower its true used car value.

The problem with this is that even a relatively light bumper-to-bumper tap could lead to damage to three critical systems: steering, driving, and engine/transmission.

The steering system consists of many components responsible for keeping your vehicle straight on the road and you in control of your vehicle. At the very least, small front end alignment issues significantly shorten tire life.

The driving system includes CV axles, the transaxle and driveshaft, all of which work together not just to make your vehicle safe, but also plays a big role in vehicle performance.

The engine/transmission system is protected by the frame, but if the impact was great enough, internal forces could weaken or damage either the engine or the transmission leading to very costly repairs as well as frame repair that just is not cost-effective when dealing with a used car.

Costs of a Car Collision

Aside from safety, the costs of a car collision can range anywhere from a few hundred dollars to even as high as $10,000 depending on the model and year. Which---since we are talking about used car shopping---for many potential buyers this should be a used car deal-breaker right off the bat.

Avoiding a Used Car with a Collision History

So, how can you avoid buying a used car that was involved in a front or rear end collision at some point in its history? There are a number of online services such as CarFax that you can go to with a used car’s VIN to search for any history of the car have ever been in an accident. However, this is not an error-free report due to not all accidents always wind up reported and entered into the system.

The surest way to avoid a used car with a crash history is with a thorough analysis preferably made by a trained mechanic with experience in automotive repair and vehicle collision damage.

However, both methods take time and cost money. If you just want to consider a potential candidate while performing your own initial inspection, there are a few signs that the potential used car buyer can look for according to the following Scotty Kilmer YouTube channel video titled “If You See This, Don’t Buy a Used Car.”

That said, here is a recent informative video from Scotty that shows how easy it can be to identify a car that has been in a collision:

If You See This, Don’t Buy a Used Car

Deciding on whether a used car is worth your hard-earned money is not a decision to take lightly.
For additional used car articles, be sure to check out the following related articles about “How To Spot A Used Car Being Flipped After a Hurricane” and “When Smelling Gasoline Around Your Car is an Immediate Problem.”