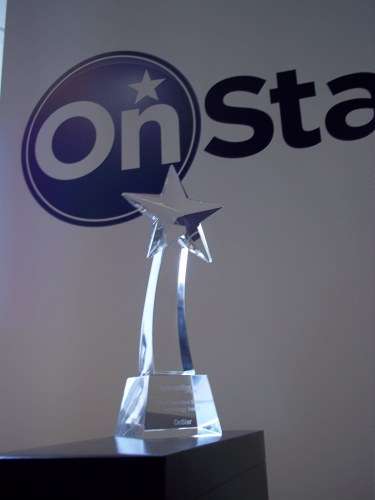 In a surprise announcement, OnStar announced today it is reversing its proposed Terms and Conditions policy changes and will not keep a data connection to customers’ vehicles after the OnStar service is canceled.
Advertisement

Frankly, I’m pleasantly surprised, as I also received the OnStar e-mail which told customers that effective Dec. 1, their service would change so that data from a customer vehicle would continue to be transmitted to OnStar after service was canceled – unless the customer asked for it to be shut off.

Point is, it’s nice to see a company listen to its customers for a change; albeit I had no problem with the policy, because I felt it may have retained the safety element, and I had the option to shut it off. Obviously, others did not feel that way.

“We realize that our proposed amendments did not satisfy our subscribers,” OnStar President Linda Marshall said. “This is why we are leaving the decision in our customers’ hands. We listened, we responded and we hope to maintain the trust of our more than 6 million customers.”

If OnStar ever offers the option of a data connection after cancellation, it would only be when a customer opted-in, Marshall said. And then OnStar would honor customers’ preferences about how data from that connection is treated.

Maintaining the data connection would have allowed OnStar to provide former customers with urgent information about natural disasters and recalls affecting their vehicles even after canceling their service. It also would have helped in planning future services, Marshall said.

“We regret any confusion or concern we may have caused,” Marshall said.

I have two cars with OnStar. And while I like the safety feature, I do not like more fees being attached to my driving experience. First, it’s the car payment; then OnStar; next it’s satellite radio.

I also have a problem with the increase of big-brother technology that is placed upon us,; but, in this case, I felt the option to opt out was always there.

So, while I sensed at first there was more to this decision than just listening to customers, I couldn‘t find any. Fact is, the majority of people are fed up with all this collection of private data, and this was one time where they had and took the option to complain. Of course, the news release did not reveal the number of complaints, but 6 million subscribers can be a powerful influence over policy decisions.

Too bad we can‘t do that to Congress, the Senate and the President with regards to government debt and the effect it has on the economy. If that was OK, then maybe we could afford all these car gadgets and services.