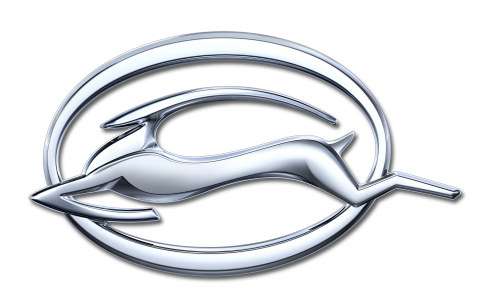 What’s the significance of an emblem? At the Design Center of General Motors (NYSE: GM), all logos and emblems are a big deal, and here’s why there is so much fuss over the 2014 Chevy Impala’s emblem.
Advertisement

Think heritage and legacy. The Chevrolet Impala has proudly worn the image of the leaping African antelope for which it was named as an emblem in some form since its debut in 1958. With the all-new 2014 Impala being introduced at the 2012 New York Auto Show, the emblem evolves to complement the more modern, athletic design of the 10th-generation full-size sedan. For the latest info, read: All-new 2014 Chevrolet Impala makes its debut at the New York Auto Show

According to the GM news release, the Impala emblem is an enduring symbol of the nameplate. It is one of only two vehicles – the Corvette and its crossed-flags emblem is the other – in the Chevrolet lineup to have a unique symbol in addition to the brand’s signature bowtie.

The design and placement of the emblem has gradually transformed with each version while maintaining a connection to the previous one. Having worked in the GM Design Studio, I affirm that all of this is true.

“For the new Impala, we wanted to evolve the emblem to complement the new vehicle design without making any radical changes to its character,” said Joann Kallio, lead creative designer for Chevrolet global badging. “We kept the stylized interpretation of the animal, and made the impala more muscular. We also added defined edges, to give the impala a sleek form and make it look like it was running fast.”

For the record, the new Impala emblem has a bright chrome finish to match the bright chrome of the car’s bowties, located in the grille and on the decklid. Special attention was paid to how the highlights flow across the leaping Impala badge surface, following the contour of the form of the impala, enhancing the overall appearance and illusion of movement.

Chevy says there are two versions of the new emblem, one for each side of the vehicle so the animal always appears to be running forward. There also are Impala logos stamped in the aluminum sill plates.

Of course, Chevrolet just celebrated its own centennial celebration in 2011, as the brand was founded in 1911 in Detroit. Chevrolet is now one of the world's largest car brands, doing business in more than 140 countries and selling more than 4 million cars and trucks a year.

GM especially touts Chevrolet as providing customers with fuel-efficient vehicles that feature spirited performance, expressive design and high quality. So, it is no surprise that the Impala emblem gets a makeover every once in a while. In fact, here are the Impala Emblem Milestones:

- 1958 and 1961: the leaping impala was located on the rear quarter panel and had no circle or oval surrounding it.
- 1962 and 1967: it was located on the front or rear quarter panel with a circle surrounding it.
- 1968 and 1985: there were no exterior emblems. Only variations of the Impala script were used. The emblem was reserved for the interior, usually on the dashboard and horn button although it was not used for every model year.
- 1994-1996: Impala SS had the emblem with an oval located on sail panel.

Since 2002, Impalas have also featured the emblem with an oval located on the sail panel.