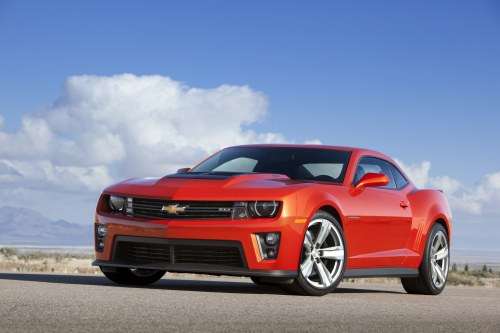 Since its introduction several years ago, TapShift has allowed drivers to control up- and down-shifts with paddle shifters. Now an improved version will appear with the 2012 Chevrolet Camaro ZL1 making paddle shifting more exhilarating and satisfying than ever.
Advertisement

When the new 2012 Chevrolet Camaro ZL1 arrives this spring, performance car enthusiasts will experience the hands-on driving satisfaction of a “stick” with the ease of an automatic transmission due to General Motors’ newly improved TapShift technology.

For 2012, GM powertrain engineers implemented a patent-pending software algorithm that improves tap response time by up to 60 percent compared to the previous system. No hardware changes were required for the upgrade.

“The faster you can get to the next gear, the better, and from the sound of it, the ZL1 automatic’s performance is going to make paddle shifting more exhilarating and satisfying for drivers of all skill sets,” said Eric Fedewa , director of Global Powertrain Forecasting at IHS Automotive. “We’re seeing a trend toward more manual-mode-capable, fun-to-drive automatic transmissions across all vehicle segments, and GM’s technology is leading the pack.”

The 2012 ZL1’s six-speed automatic transmission delivers a 0-60 time of 3.9 seconds – a tenth of a second faster than the manual transmission time.

“As great as the previous system’s performance was, we were driven to achieve even better results,” said Gabe Gibson, GM performance car calibration engineer. “Not only did we make the upgrade to Camaro, we implemented it on the 2012 Corvette as well, and will use it on all vehicles with TapShift control going forward.”

ZL1 customers’ choice of an automatic 6L90 transmission with TapShift manual mode or a six-speed manual transmission is unmatched in its class. With 0 to 60 taking 3.9 seconds, and a top speed of 184 mph, the power and acceleration of the ZL1 automatic rivals many supercars.

“We think Camaro drivers will really appreciate the performance improvement offered by staged up-shifts, whether they’re merging onto the freeway or putting their ZL1 through its paces at the track,” Gibson said.

LG's New EV Battery Plant Is a Welcome News for Tesla
Tesla Giga Berlin's New Hurdle: It's Not Only the Gov't, but Now Tesla Itself
END_OF_DOCUMENT_TOKEN_TO_BE_REPLACED