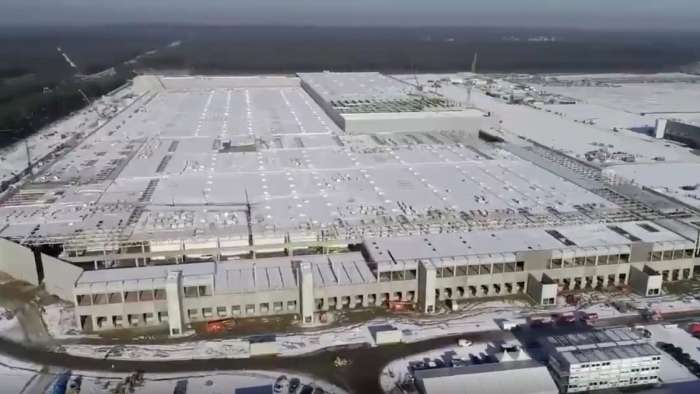 German newspaper FAZ erroneously claims Tesla's valuation is high by comparing it to Daimler. The newspaper also urges its readers to join forces and "bring Elon Musk to his Knees" by shorting Tesla.
Advertisement

Tesla is currently in the process of building a new factory that will supply the European market in Grunheide Germany. Initially, the plant is expected to produce Model Y with the company’s newest 4680 cells.

If Tesla keeps the same size battery in the Giga Berlin made Model Y as in the current Model Y, this is expected to give the mid-size crossover, among other improvements, above 470 miles range.

However, since Tesla started construction of Giga Berlin the company has been facing sustained FUD attacks from local media sites. Similar attacks of Tesla in China have recently prompted the company to strengthen its closed-door engagements with Chinese regulators.

And now the attacks seem to be on overdrive based on reports of a minor delay to the start of production at Giga Berlin.

One brazen example of such an attack is an article published by the financial page of the German newspaper FAZ.

FAZ on the newspaper’s latest piece calls for its readers to short Tesla and shares detailed descriptions on why and how they should do so.

The central thesis for the site’s short position seems to be Tesla’s purportedly high market valuation as compared to other German automakers specifically Mercedes parent company Daimler. However, ARK Invest believes Tesla could be worth 3 trillion dollars by 2025.

Best strategies for #ElonMusk to deal with media. The media will continue to gin up stories, but there are effective ways to put energy toward the right things.
-https://t.co/f5ioeXuufc
-#Tesla #TESLAQ @elonmusk @WholeMarsBlog @klwtts @teslaownersSV @ray4tesla @jpr007 pic.twitter.com/w3qahS1i2u

Daimler on the other hand had sales five times higher than Tesla. The company also sold four times as many cars and recorded ten times Tesla’s profits. Daimler has a market cap of 80 billion euros.

Based on this, FAZ asks if this means Daimler should be valued somewhere between 2.2 and 5.5 trillion euros which gives us the revenue and profit multiples.

Taking this as evidence of Tesla’s high valuation FAZ then tries to rally its readers to short Tesla. Writing “only by joining forces can we finally succeed in bringing the magician of the markets, who Elon Musk undoubtedly still is, to his knees.”

Not only that, but the newspaper also tries to lure its readers to take 5 times leveraged short position in Tesla by claiming a 10% decrease in Tesla’s market cap will mean a 50% gain and a 20% decline will give the readers a 100% return. 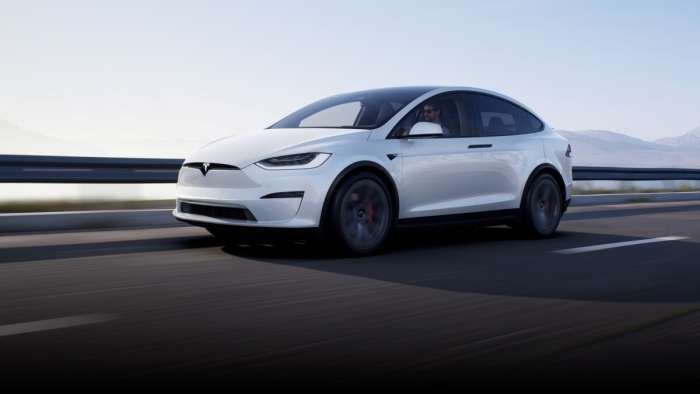 However, as it also states in the FAZ article, if Tesla’s stock price goes up 20% this will be multiplied by 5 and anyone with a short position will lose 100% of his/her money.

FAZ’s advice on top of being incredibly financially risky is also based on flawed assumptions. The main point the website uses to say Tesla’s valuation is high is by comparing Tesla’s market cap with Daimler.

The newspaper gives particular emphasis on Daimler having 10 times Tesla’s profit while it only has one-sixth of the market cap.

This seems reasonable at face value however, the stock market is a forward-looking gauge and both companies’ valuation is based on their future earning potential.

And this is where we see Tesla earns its high market cap, that is if the EV maker is not undervalued.

Based on ARK Invests analysis Tesla will be able to produce 10 million vehicles a year by 2025. This is based on a compounded 50% vehicle production growth rate Tesla has guided for the coming several years. 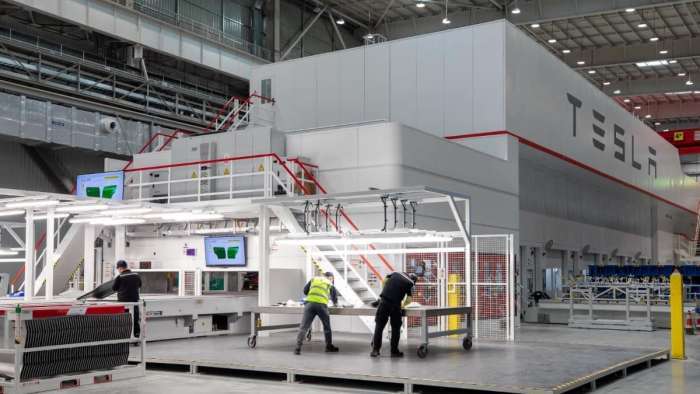 However, according to a leaked Elon Musk call with employees, Tesla will likely significantly exceed the 50% production growth rate this year and produce close to 1 million vehicles giving the company a 100% growth rate year over year.

Related news: Tesla Is Hacked With a Drone, The Company Is Informed and Fixed The Loophole

Going back to ARK’s analysis, Tesla producing 10 million vehicles a year by 2025 will mean Tesla will have revenue of 367 billion from EV sales. That is taking into account the likelihood of a decrease in average vehicle selling price with the growth of sales.

However, this number no matter how big it might seem, ARK only predicts a 25% gross margin for vehicle sales. According to ARK, Tesla’s biggest growth potential will come from fully autonomous robotaxis.

And of the 10 million vehicles 60% will be owned and operated by Tesla as robotaxis bringing the company an additional 327 billion dollars in revenue with an 80% gross margin. This will make Tesla by far the highest-earning company in the world.

On the other hand, Daimler’s core competency, which is the internal combustion engine throughout the years will be losing market share to battery electric vehicles.

As a result, Daimler after few years will start experiencing decreasing sales. And that is till internal combustion vehicles start being completely banned in several countries by 2030. This will be followed by an ICE ban by even more countries in 2035 and 2040.

This means tens of billions of dollars Daimler has put toward factories geared towards ICE vehicles will need costly retooling making them a money-losing pit.

And given the rate of progress Tesla has shown in its battery and autonomous driving tech, it’s highly likely by the time Daimler wakes up and tries to steer the company to BEVs, Tesla has already opened up an insurmountable lead.

And this is what FAZ ignores in their “value analysis” when they send their readers to likely financial ruin. And anyone thinking of following FAZ’s advice to short Tesla, if you don’t trust me at least see all the hedge funds that have gone bankrupt trying to short Tesla.

So what do you think? Do you agree with FAZ’s Tesla short analysis? Or as I do, do you believe it is a piece of irresponsible advice that will likely leave most of their readers in financial ruin? Let me know your thoughts down in the comments below.