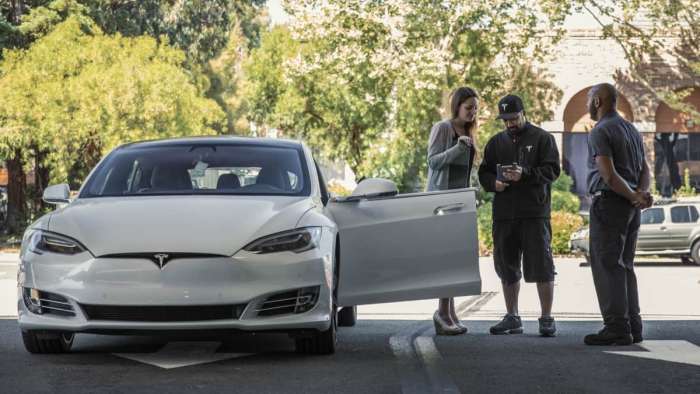 Elon Musk shows his frustration in response to a Chinese TikToker who had to make a public apology after stagging a fake Tesla brake failure video.
Advertisement

For the past few months, Tesla has been facing sustained brake failure FUD attacks in China. The issue started when a Tesla owner in the world’s largest automotive market protested the company’s Shanghai Auto Show booth claiming her Model 3 got into an accident due to a brake failure.

The woman showed up at Tesla’s Shanghai Auto Show booth wearing a shirt that says “Brake Failure” and protested the EV maker by standing on a Model Y Tesla brought to show off at the auto show.

In the coming weeks, Tesla seemingly to get ahead of similar issues made it easier for owners to access vehicle logs following a crash.

Tesla also stepped up the company’s closed-door engagement with Chinese regulators in an attempt to garner more views.

One such egregious example of a Chinese TikToker stagging a fake Tesla brake failure video to letter do an about-face once threatened by Tesla China legal team was chronicled by Teslarati.

And in response to the article, Elon Musk let his frustration out on Twitter by simply writing “sigh”.

Even though it’s not yet clear, some in the Tesla community believe the recent sustained Tesla FUD attacks in China are fueled by Tesla’s Chinese competitors who are scared of the EV maker’s stellar performance in the country.

So what do you think? Do you have any ideas on how the Tesla community can better combat the FUD attacks directed on Tesla? Also, what do you think about Tesla’s and Elon Musk’s responses? Let me know your thoughts down in the comments below.

DeanMcManis wrote on June 4, 2021 - 1:53am Permalink
My only surprise is that the TikToker admitted that it was a scam "For Entertainment Purposes" I bet that Reuters and others ran the video here and hinted that it was all true. To get easy clicks. And then as usual when the scam was revealed they did not apologize, retract or revise the story to be truthful.