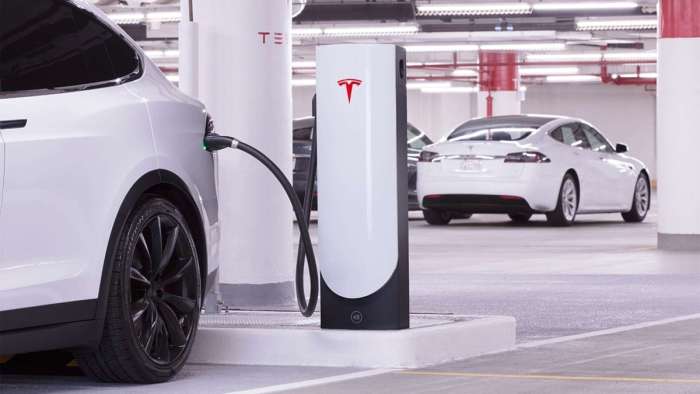 After years of will they, won't they, Elon Musk has finally confirmed Tesla will be opening up the supercharger network to all EVs later this year.
Advertisement

Tesla’s supercharger network is by far the largest and most extensive DC fast-charging network in the world.

Tesla has installed superchargers on 4 continents making the charging network accessible to potentially millions of people around the world.

Tesla has also started upgrading the company’s V3 superchargers to 300KW DC fast charging and later this year this number is expected to increase to 350KW.

Currently, the supercharger network has over 25,000 chargers in more than 2700 locations. This number continues to grow with new chargers being added almost every day.

As a result, Tesla’s supercharger network is seen as one of the company’s biggest moats and a must-have for the most hustle-free charging experience.

However, as EV adoption steadily increases, calls for Tesla to open its supercharger network to other EVs have been growing louder.

Related news: Tesla Model 3 Draws Comparisons To A Boat After Fording Through A Flood

Tesla CEO Elon Musk has always maintained Tesla is willing to share its supercharger network with other EV makers. However, that is as long as they are willing to share the cost of building and maintaining the charging network.

Until now no company has taken Tesla on its offer. As a result, the supercharger network has remained a walled garden for all none Tesla EVs.

There has been previous chatter suggesting Tesla will be opening up its supercharger network. Especially in Europe where Tesla uses the CCS charging standard which is shared by all EVs in the continent.

Responding to criticism faulting Tesla for creating their own charging network Musk wrote on Twitter “We created our own connector, as there was no standard back then & Tesla was the only maker of long-range electric cars.”

We created our own connector, as there was no standard back then & Tesla was only maker of long range electric cars.

That said, we’re making our Supercharger network open to other EVs later this year.

According to Elon as of now, Tesla is planning to open the supercharger network in select locations. However in the long run all of Tesla’s superchargers around the world will open to all EVs.

Over time, all countries

There might be several reasons for this decision. Governments around the world are starting to understand the climate change and public health advantages of transitioning to none polluting modes of transportation such as EVs.

As a result, increased funding is starting to be available to support such efforts, especially to support new charging networks.

However, most grants stipulate the chargers be open to all EVs. And Tesla might be looking to get financial assistance for new charging stations by opening up its superchargers.

Supporting other EVs also lines up perfectly with Tesla’s stated mission to accelerate the world's transition to sustainable energy.

We will keep you posted with a list of supported vehicles and locations as Tesla starts opening up its supercharger network. Make sure to visit our site torquenews.com/electric-vehicles regularly for the latest updates.

So what do you think? If all EVs are able to use the supercharger network, do you think it will increase charging congestion? Let me know your thoughts down in the comments below.

For more information check out: Tesla To Build Model Y 4680 Packs In Texas & Ship Them To Giga Berlin Due To Delays Also, see Early Tesla Model S Vehicles Will Lose Their Mobile Internet Connection In February 2022