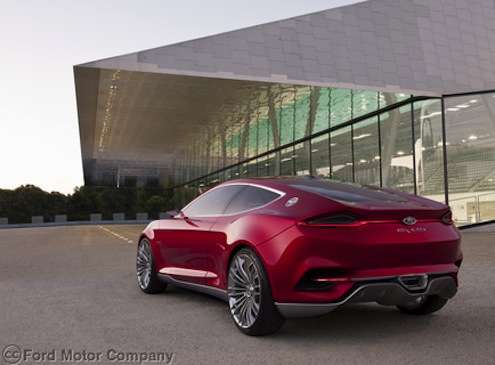 Lincoln is reported to be launching a new 2015 Mustang-based luxury sport coupe that could revive the struggling brand.
Advertisement

There has been much excitement over the all-new 2015 Ford Mustang that is getting ready to make its global launch. And as reported here via Ford Inside News, the new Lincoln Motor Company could possibly see a new Mustang-based sport coupe in late 2015. The luxury brand of Ford is undergoing a transformation and this could be the car that helps the struggling brand regain a presence in the new global economy. The Mayan’s had it right when they said the world as we know it would end on December 21, 2012. We have entered a new global era that will change the way we view the world.

Many have made fun of the rebranding of the Lincoln name saying it’s just so much window-dressing. But Ford knows what it’s doing and will likely be successful in reviving the nameplate. They will be introducing a new 2013 Lincoln MKZ and a new Lincoln compact CUV. While the success of the brand could hinge on both vehicles being successful, a new luxury sport coupe could be just what the new Lincoln Motor Company needs.

The new global 2015 Ford Mustang will feature an all-new architecture with an independent rear suspension and new drivetrain. Ford is developing new EcoBoost engines around the globe and getting fantastic results with power and fuel-mileage. The new 2015 Mustang will feature a turbocharged four-cylinder and a new V6 that will be more powerful and efficient than the outgoing model. The new EcoBoost V6 could be what powers the new Lincoln sport coupe.

While many are not giving Lincoln much of a chance, look for Ford to use the new Mustang-based sport coupe to catapult the brand to success around the globe. Ford has already entered the new global era the Mayan’s predicted long ago and are already ahead of the curve. Ford Inside News is reporting that the new rear-drive luxury sport coupe will have a longer wheelbase than the 2015 Mustang. This will enable Lincoln to give the new sport coupe a more luxurious driving experience fitting for the brand.

It could be the forerunner of a new Lincoln flagship

The longer wheelbase would also enable engineers to utilize the platform to build a new four-door sport coupe or sport sedan that would be a flagship model for the remade brand. And while all this is still speculation, we can look at Ford’s current plan with the 2015 Ford Mustang and get an idea of what could happen with a new Lincoln sport coupe.

Ford already understands the new global era we’ve entered and has the infrastructure in place with the engine, platform and technology needed to pull this off. The new Lincoln Mustang-based luxury two-door sport coupe could be following the new global 2015 Ford Mustang and make its arrival in late 2015 or early 2016. If it does, it could be what launches the brand into the new global era in style.