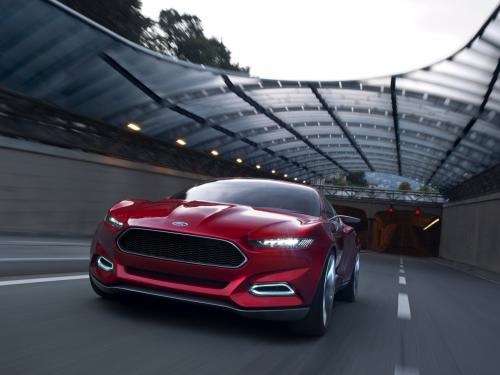 The 2015 Ford Mustang is reported to be getting a 4-cylinder EcoBoost and now the technical specs are becoming clearer.
Advertisement

The 2015 Ford Mustang is all but confirmed to get a new EcoBoost 4-cylinder turbocharged powerplant, but we haven’t known the exact technical specifications. It was thought that the new global 2015 Mustang would get the 2.3-liter EcoBoost engine that Ford is currently developing in North America to power the next-generation Focus RS. It is likely that the engine for the new 2015 Mustang will be similar to the Focus engine, but be adapted to meet European and global buyers needs.

With the new 2015 Ford Mustang being sold globally, the car will need to meet new buyer needs and the new four cylinder is expected to replace the current 3.7-liter V-6 found in entry-level Ford Mustangs in the US. The current V6 is heavier and won’t meet European fuel mileage standards and will need to give way to a lighter more fuel-efficient powerplant. The new 2.3-liter EcoBoost engine is significantly lighter, will produce more horsepower and be more fuel-efficient. It's the perfect motivator for the new-generation Ford Mustang.

According to reports from Mustangs Daily, the new 2015 Ford Mustang could get the 2.3-liter EcoBoost turbo engine, and come with 310 horsepower and get up to 34 mpg on the highway. With the advances Ford is making with the EcoBoost technology, it wouldn’t be a surprise for the new turbocharged engine to be both powerful and get fuel-sipping mileage. It will need to be highly efficient in order to compete around the world.

The new 2.3-liter four-cylinder engine will definitely fit into the new global design for the 2015 Ford Mustang that will get even more new upgrades and do away with the old straight rear axle and get a new independent rear suspension set-up for the first time. The old straight axle is fine for going in a straight line, but the new 2015 Mustang will need to meet a whole new buyers needs if it expects to be a legitimate global sports car.

We have reported here that the new Mustang will get new exterior styling, but more importantly it will weigh less, and with a whole new platform and suspension, the global ponycar will see improved driving dynamics and performance. The new suspension will offer better ride quality and handling characteristics, due to lower unsprung weight and the ability of each wheel to address the road independently of the other wheel. In combination with the new EcoBoost 2.3-liter four-cylinder turbo, the next-generation Ford Mustang will be ready to embrace its future as a legitimate global sports car. It will be lighter, offer the latest fuel-efficient engine technology, and will offer sporty performance.

Look for the new-generation 2015 Ford Mustang to be introduced to the world sometime in 2014, to coincide with the ponycars 50th anniversary on April 17, 2014.