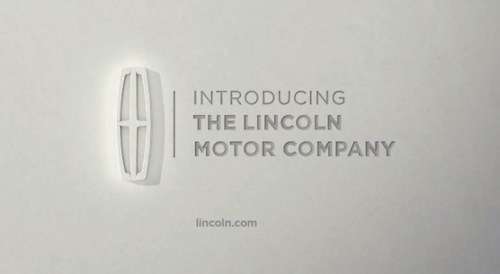 If everything goes as planned, Lincoln's Mustang-based coupe could go into production as soon as 2015.
Advertisement

Earlier this month Ford changed the name of its luxury division to the Lincoln Motor Company. In addition to the name change, Ford established new design, product development and advertising teams for Lincoln. Although the newly dubbed Lincoln Motor Company had been mum about new product details since the announcement, the luxury automaker has just revealed that a Ford Mustang-based Lincoln coupe may be in the works, according to Ford Inside News.

Lincoln has not divulged too many specifics, but FIN reports that the sports coupe will be rear-drive and most likely feature a 2.9-liter EcoBoost V-6 engine. Style wise, Lincoln will differentiate its model from the Mustang via a larger wheelbase. There is currently no name attached to the project, but the majority of previous Lincoln coupes have all touted a Mark name.

Despite the promising news, the vehicle’s odds of going into production are contingent on the success of the all-new Lincoln MKS, MKX, and Navigator. Simply put, Lincoln must first establish itself as a financially viable product before Ford decides to commit new capital to future projects. If everything goes accordingly, the Mustang-based coupe may go into production in 2015.

Originally known as the Lincoln Motor Company, Ford reintroduced the company by its former name on Dec. 3, 2012. The new ad campaign is designed to recapture the founding principles of the company and reestablish the brand amongst a new generation, according to the automaker.

“Befitting this new chapter in the life of Lincoln we are making a complete new start in every aspect of consumer communication to emotionally welcome our new target customer into our brand,” said Matt VanDyke, Director of Global Lincoln Brand.

The new ad campaign centers on the Lincoln MKZ premium midsize sedan and MKZ Hybrid, the first transformational vehicles representing Lincoln’s new brand. Both all-new models are set to hit dealerships by the end of this month.

Although Lincoln was a dominant force in the luxury segment as recently 2000, its sales and influence have greatly declined over the last decade. Ford aims to increase Lincoln’s sales to 162,000 vehicles by 2015. The 162,000 sales total is nearly 80,000 units less than Lincoln was selling in its heyday back in 1990.

Lincoln officially reintroduced itself as Lincoln Motor Company with it 60-second commercial for the all-new MKZ, which can be viewed below. In an attempt to hearken back to its past glory, the ad features notable faces like Abraham Lincoln, Franklin Delano Roosevelt, Dean Martin and Clark Gable. Aside from honoring the past, the advertisement also showcases the 2013 MKZ, which Lincoln says is a testament to innovation and excellence in design.