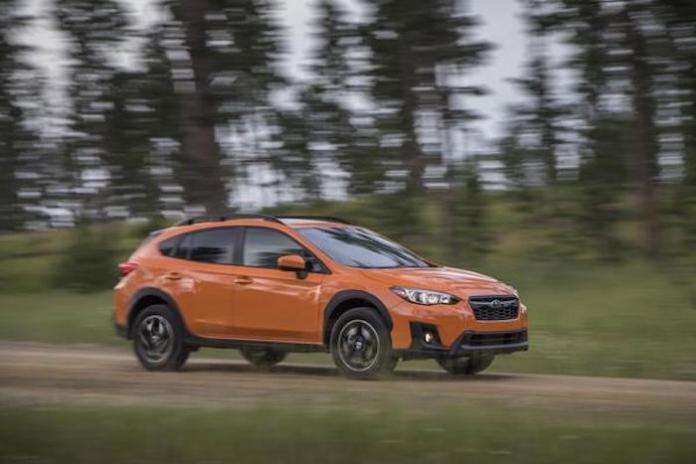 Subaru’s new 2018 Crosstrek is on fire right out of the gate and powers the brand to an-all-time-record. Why is Crosstrek so hot?
Advertisement

The new 2018 Subaru Crosstrek just arrived in showrooms, and it’s already powering Subaru to record sales highs. Consumers responded to the all-new Crosstrek in a big way as the all-wheel-drive crossover helped the brand reach an all-time record for August. The new-generation Crosstrek also set an all-time record as it had its best month ever.

Subaru of America reports Crosstrek sales for August increased 45.9 percent over the same month in 2016 and marked the first time that the model has topped 12,000 units in a month since it first arrived in 2013. Those are huge increases for the newly-designed 5-Door model.

Why is Crosstrek so hot?

Both the new Impreza compact (+40.3 percent) and Crosstrek are powering Subaru to record highs because of the new Subaru Global Platform. Both Impreza and Crosstrek are the first models to get the new architecture that improves driving characteristics, increases interior room, and it makes both models safer than any Subaru model ever built. All future new-generation Subaru models will get it.

Crosstrek’s new architecture improved rigidity in the frame enhancing NVH (Noise, Vibration and Harshness), handling and safety. Subaru engineers increased the use of higher strength steel to pull off the improvements. The Crosstrek also gets a new suspension with the rear stabilizer now attached directly to the body that reduces body roll by 50 percent over the outgoing model. This all translates to improved driving dynamics.

“Our goal is always to develop vehicles that are safe, reliable, versatile and fun. The 2018 Crosstrek offers customers all of that along with the features that they have come to expect from Subaru in a stylish new design,” explained Alan Bethke, senior vice president of marketing, Subaru of America, Inc.

Consumers are doing their research when looking for a new crossover and are responding in a big way to the new 2018 Subaru Crosstrek. They get an all-wheel-drive vehicle that’s comfortable for the city commute, fuel-efficient, gets enhanced active safety, and is recreation-purposed with a go-anywhere attitude. Subaru’s second-generation Crosstrek is on fire right out of the gate and powers the brand to an-all-time record in August. You can check out and build your new 2018 Crosstrek online here.